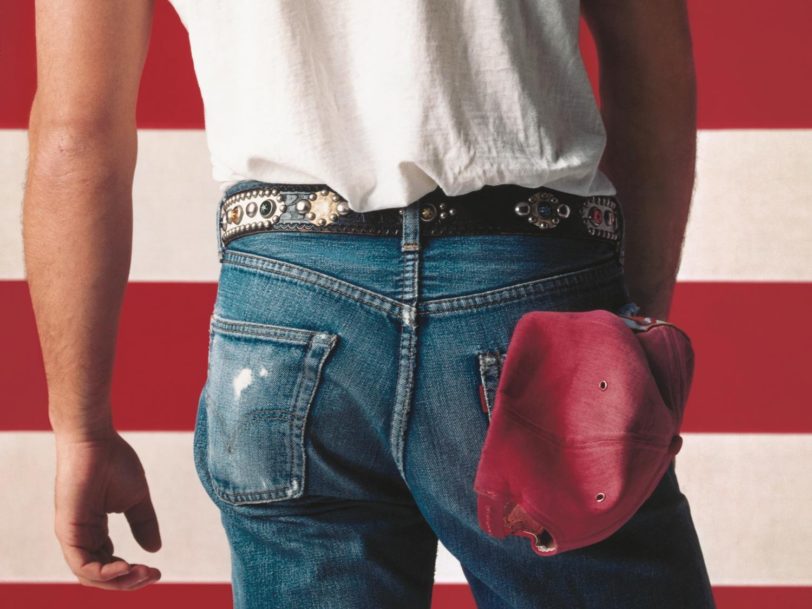 Best Album Covers Of All Time: 20 Of The Most Iconic Record Sleeves

When done right, the best album covers transcend the music they were made for, becoming iconic works of art in their own right…

“Don’t judge a book by its cover” goes the age-old saying, but it’d be a flat-out lie to pretend millions of us didn’t walk out of record stores with soon-to-be essential albums in our record collections just because the sleeve looked good. The best album covers can be as important as the music within, leading many fans to display them on the walls, like artwork, or to look for hidden details in the design (like the UFO you can spot in Fleetwood Mac’s Tango In The Night album). Designing a great record sleeve takes skill – and while there have been no shortage of terrible efforts in the history of music, when they’re done right, the best album covers can lead to fame and fortune for the greatest designers.

Here, then, are 20 of the best album covers of all time. 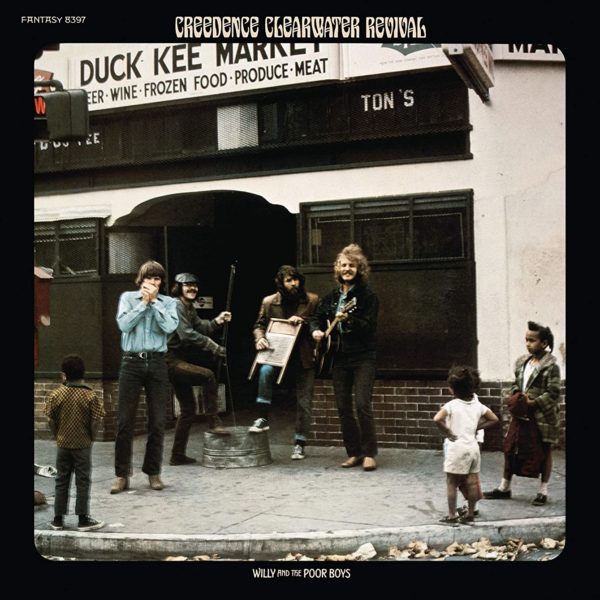 Ever progressive and startlingly prolific, CCR’s best album shows John Fogerty and co performing for three African-American children outside the since-demolished Duck Kee Market in California. Despite their impressive musicianship and Fogerty’s almost unmatched work ethic, CCR found themselves at the mercy of ruthless record labels more interested in capitalism rather than the abundance of humanity the band sought to project. 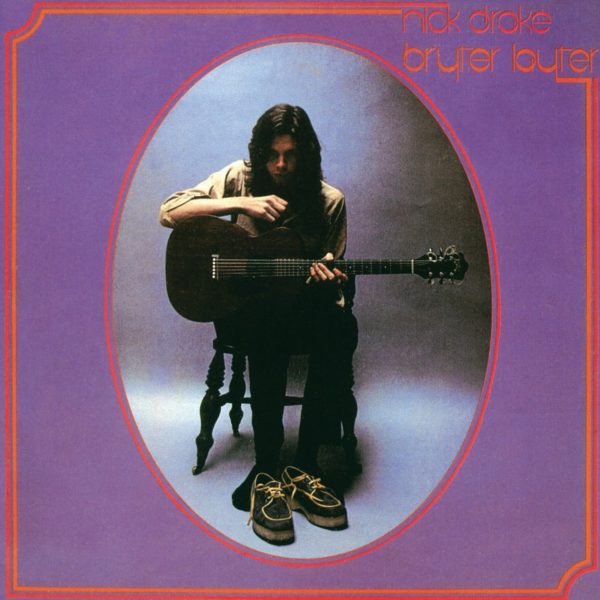 Like Elvis Presley’s debut album cover (later entry. Spoiler alert), Bryter Layter’s artwork went on to “inspire” other record sleeves. In this instance, Japanese experimental rockers Boris did a little Bryter Layter of their own with their 2003 album, Akuma No Uta, maintaining the late Nick Drake’s cool, calm and collected demeanour but replacing his guitar with an Ibanez: a menacing, double-necked beauty. 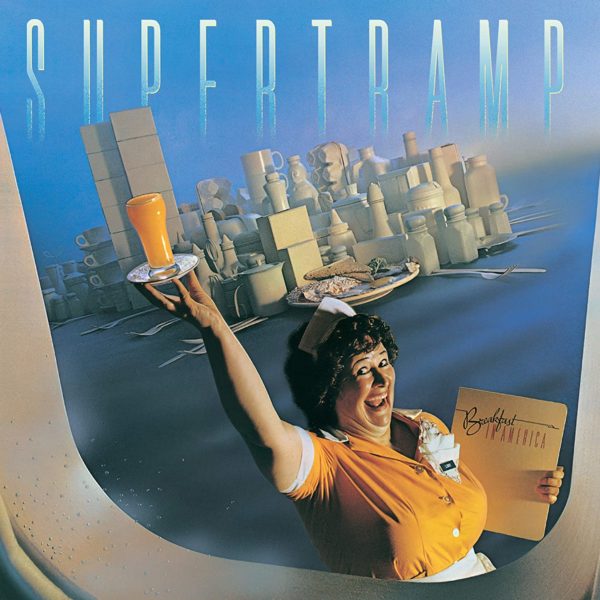 There’s nothing like Kate Murtagh mimicking Lady Liberty while holding a tall glass of OJ to represent the good ol’ American diner. Trouble is, many keen-eyed fans feel the Breakfast In America album cover connects to American history a little too well: our waitress’ glass – orange, like a fiery torch – is pointing towards the two main World Trade Center towers, supposedly predicting 9/11 a whole 22 years early. Paired with the fact the rear sleeve shows a little drawing of a plane flying towards the skyline, and that the “u” and “p” of “Supertramp” could look like a “9” and “11” if you hold the sleeve up to a mirror, one of the best album covers of the 70s ends up provoking a full-blown conspiracy theory 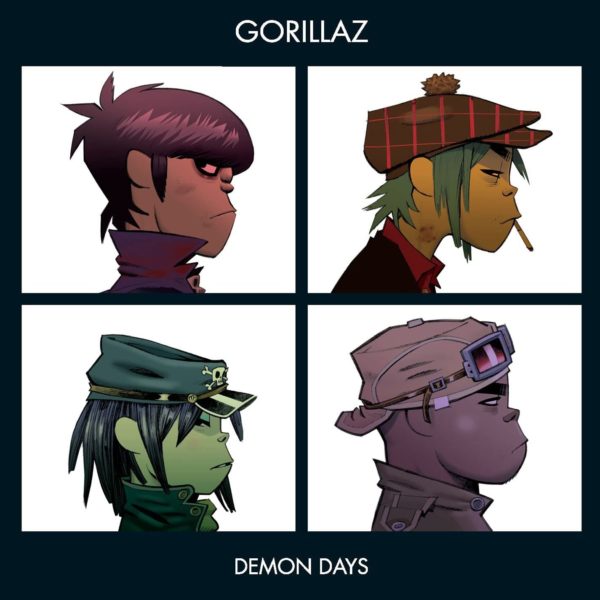 Using The Beatles’ Let It Be album cover as a template for the Demon Days artwork, Gorillaz cemented themselves as pop-culture heavyweights, even though they were virtual characters devised by Damon Albarn and Jamie Hewlett. Clockwise from top left, the master behind DARE, Feel Good Inc. and Kids With Guns are: Murdoc Niccals, Stuart “2D” Pot, Noodle and Russel Hobs. 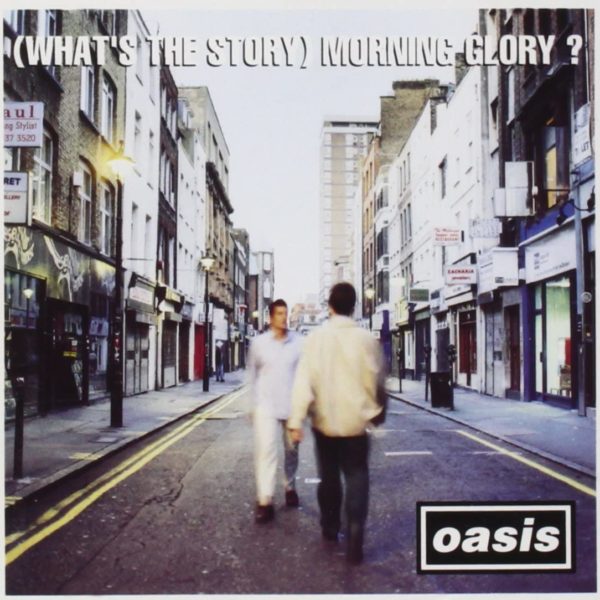 One of the best album covers of the 90s, the artwork for Oasis’ second album feels remarkably still, as if capturing the calm before the storm. “Cool Britannia” was about to break, and with it, waves of youths obsessed with the Britpop heroes. Picturing DJ Sean Rowley and artwork designer Brian Cannon crossing paths on London’s Berwick Street, the photo was one of hundreds painstakingly taken for the sleeve. Upon inspection, the group decided that the first photo was the best – much to Cannon’s dismay – and, thanks to the image, Berwick Street is still a hub for record shops and buskers to this day. 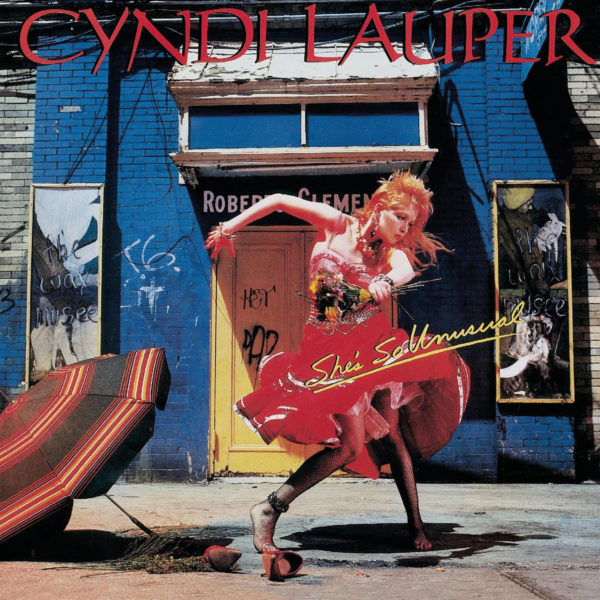 Seemingly overnight, Cyndi Lauper became an icon to thousands of young women who didn’t fit in with the glamour of MTV or identify with the impossible standards of 80s supermodels. Comfortable in her natural habitat – dancing on a beach-side scene with her fire-red hair and outrageous outfit – Lauper was the hero that so many didn’t realise they needed. 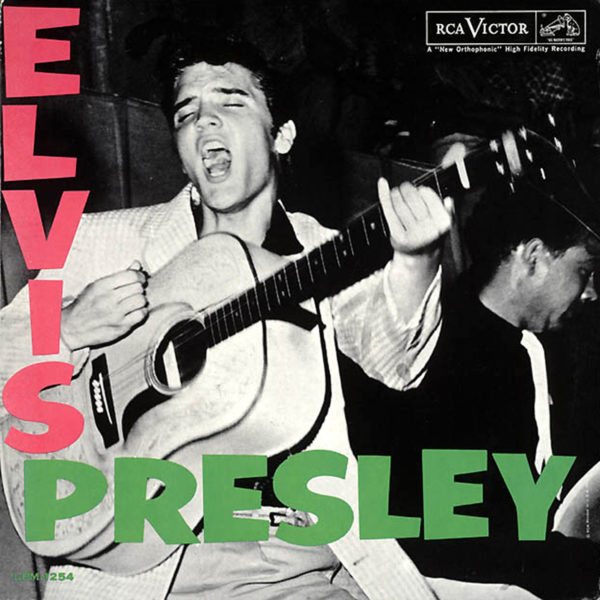 Elvis Presley’s debut album cover, complete with its pink and green right-angled text, was later homaged on the artwork for a little album by The Clash, London Calling, as well as Tom Waits’ critically acclaimed Rain Dogs. It’s not the only iconic Presley album cover to be reimagined by other artists: The Replacements’ Pleased To Meet Me nodded to the G.I. Blues soundtrack artwork, while The Falls’ 50,000 Fall Fans Can’t Be Wrong artwork offered a suitably post-punk take on the gold lamé-clad King’s 50,000,000 Elvis Fans Can’t Be Wrong. 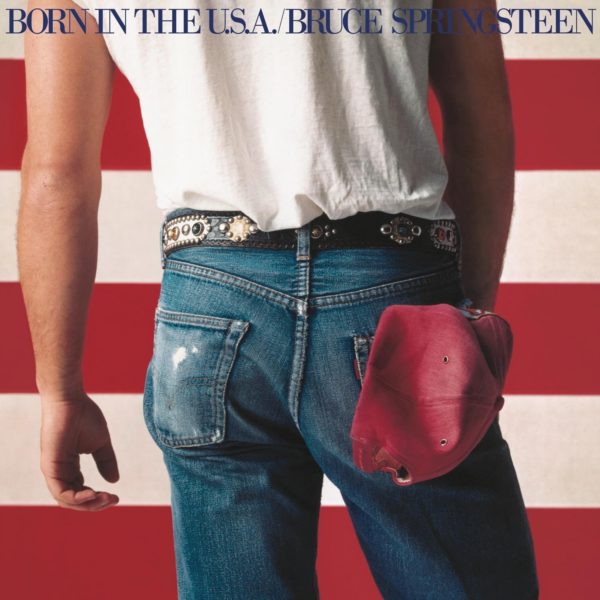 Bruce Springsteen’s often misinterpreted “patriotic” release is paired brilliantly with its album cover: a photo of The Boss from behind, embodying the American dream in a plain white T-shirt, strong blue denim and red baseball cap slung into his back pocket, forever gazing towards those Stars’n’Stripes, freedom-bound. 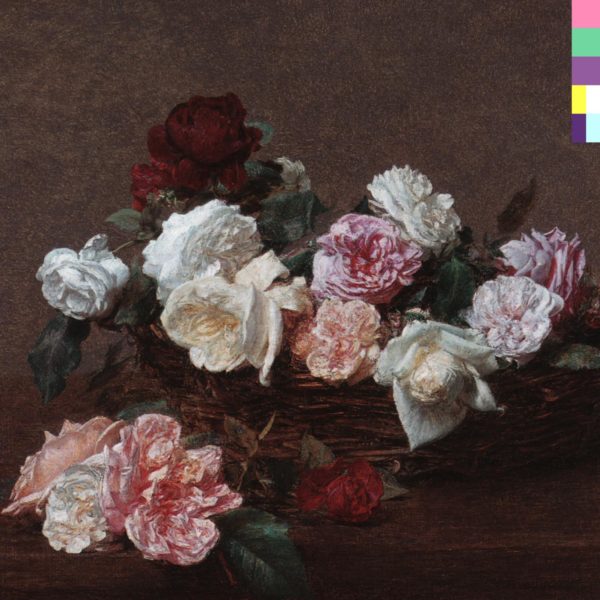 Having released a string of truly groundbreaking singles throughout the 80s, New Order were also, thanks to the work of Peter Saville, responsible for some of the era’s best album covers. Another of Peter Saville’s revered works, the textless record sleeve for Power, Corruption & Lies was intended to retain New Order’s mystery (and, presumably, to distance themselves from the tragedy that befell Joy Division). If anything, however, it only made them more appealing. Depicting a bouquet of flowers displayed against a backdrop that looked like the interior of every council house in 80s England, the artwork has become unavoidable in post-punk culture and romanticised to the extreme, especially by the folks who feel The Smiths and The Breakfast Club are the best things since sliced bread. 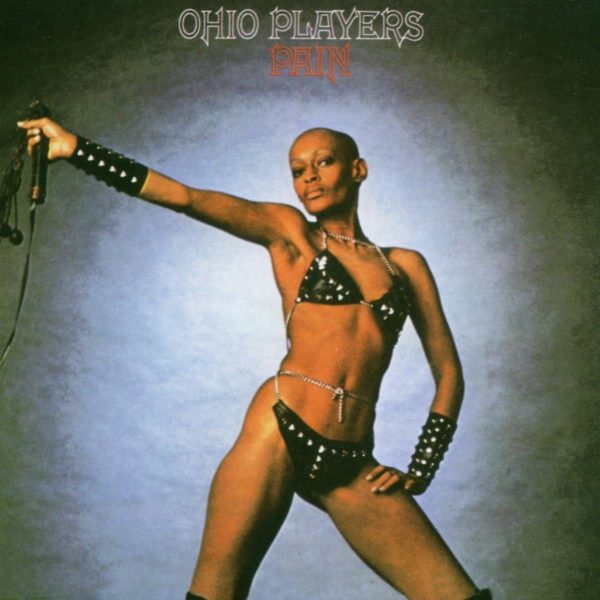 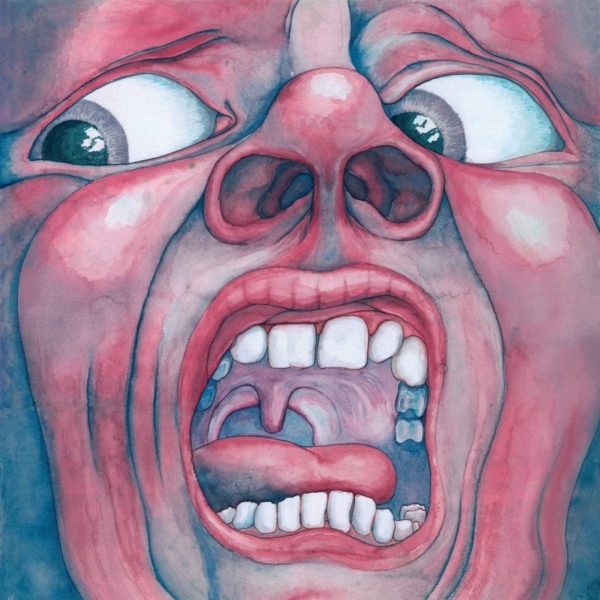 Robert Fripp felt the now-renowned painting of the 21st Century Schizoid Man truly reflected the music King Crimson’s debut album, In The Court Of The Crimson King. Considering that it’s probably the best prog rock album ever made, artist Barry Godber (who died at just 24) did immensely well in crafting a visual aid to such a celebrated conceptual work. Fripp says if you cover the mouth, the man’s eyes indicate a great sadness. Talk about a deeper meaning… 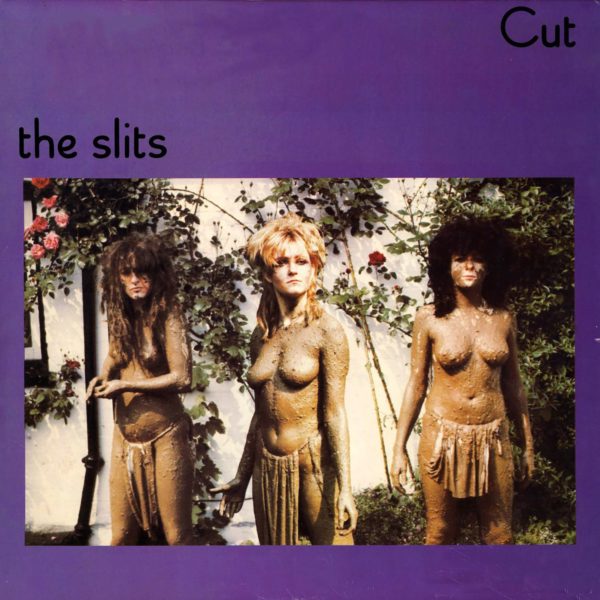 Punk crashed and burned as quickly as it emerged, but some artists stayed true to the message. On their stellar debut album, The Slits covered Clash guitarist Mick Jones’ failures as a lover, the thrill of shoplifting and the shambles that was the New Towns act in the UK, among other things. All of it is packaged in a classic sleeve dominated by the image of a topless, defiant and mud-covered Slits. 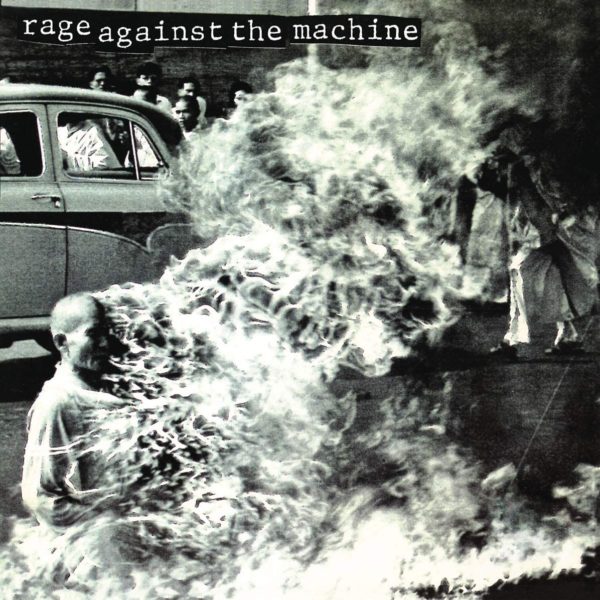 The self-immolation of Buddhist monk Thích Quảng Đức is a powerful image that captures the turbulence of 20th-century politics. It’s fitting, then, that Rage Against The Machine (who would play a major role in riling millions with Killing In The Name, Bullet In The Head and Wake Up) adopted Malcolm Browne’s iconic photograph for their untamed self-titled debut album’s cover. 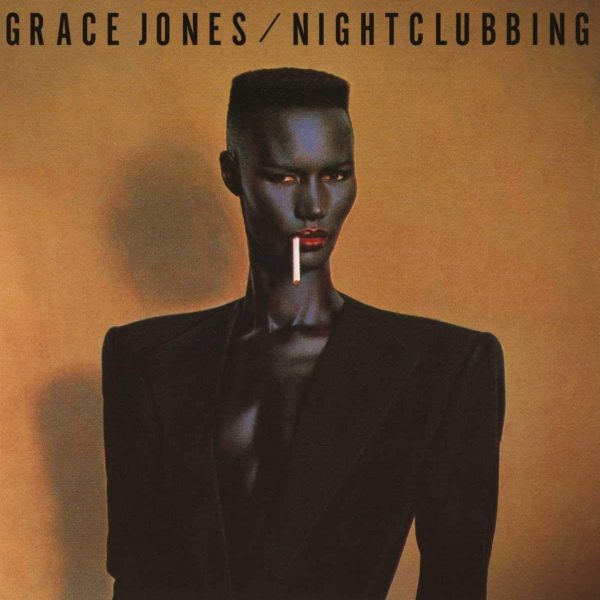 The chameleon-like Grace Jones has made an art of donning totally different outfits and seemingly fitting in just about anywhere (as on the Island Life album cover, a piece of collage trickery that finds her balancing like a fully-accomplished gymnast) while always remaining the centre of attention. On the Nightclubbing sleeve, her intimidating gaze, hugely exaggerated figure and air of inhuman – even alien – quality made her the most David Bowie-esque glam figure since, well, David Bowie. 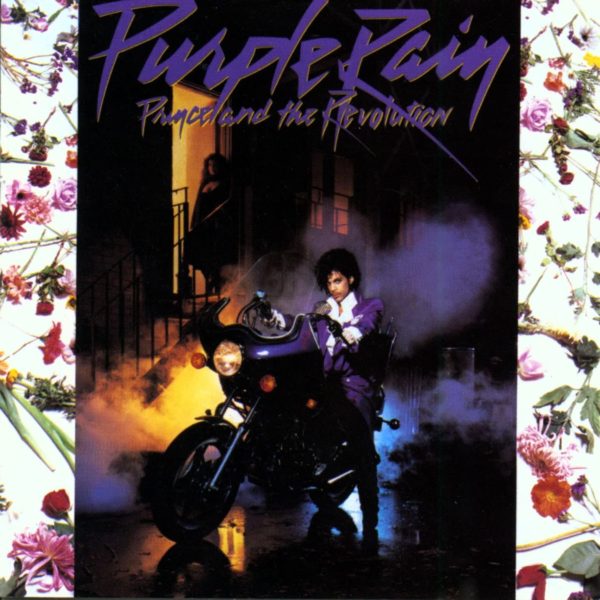 One of the best album covers of the 80s, Purple Rain encapsulates the decade’s aesthetic. The High Priest Of Pop’s sixth album turned him into a global superstar, and the record sleeve is fit to match: a prime-era Prince in all his pomp atop a purple motorcycle in a nighttime scene, with a gorgeous floral border to boot. Not only does Purple Rain offer a snapshot of Prince at the height of his 80s superstardom, but it’s the record that truly earned him the nickname The Purple One. 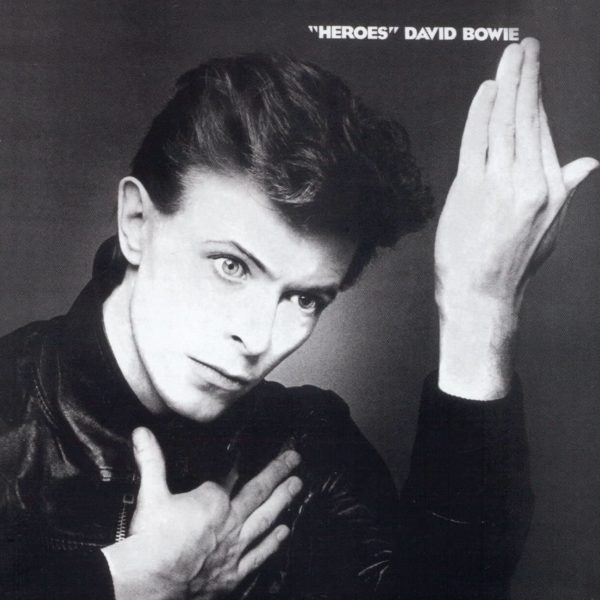 There are no shortage of iconic David Bowie record sleeves that we could have included in our list of the best album covers of all time. The artworks for both “Heroes” and Iggy Pop’s The Idiot (also released in 1977) were based on Roquairol, a painting by the German printmaker Erich Heckel. Bowie was clearly into the painting and the pose he struck; the “Heroes” album cover made a surprise comeback when he repurposed it for his 2013 comeback album, The Next Day. 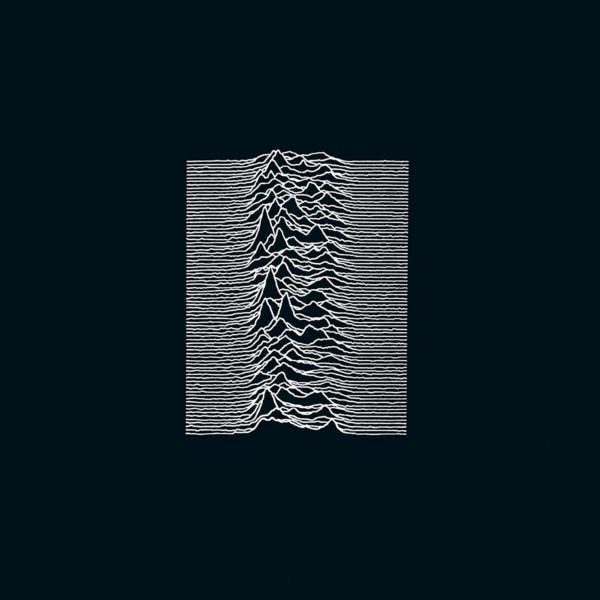 Peter Saville’s influence on the Manchester music scene is unprecedented. Whether for New Order, The Haçienda or the dozens of other artistic exploits that came out of Factory Records, he was at the forefront of cutting-edge design. Perhaps his most famous work is the artwork for Joy Division’s Unknown Pleasures, which depicts a radio signal given out by a pulsating star. Like many of the best album covers, the image has transcended the music and is now as famous as the band (and the Manchester post-punk movement) themselves. 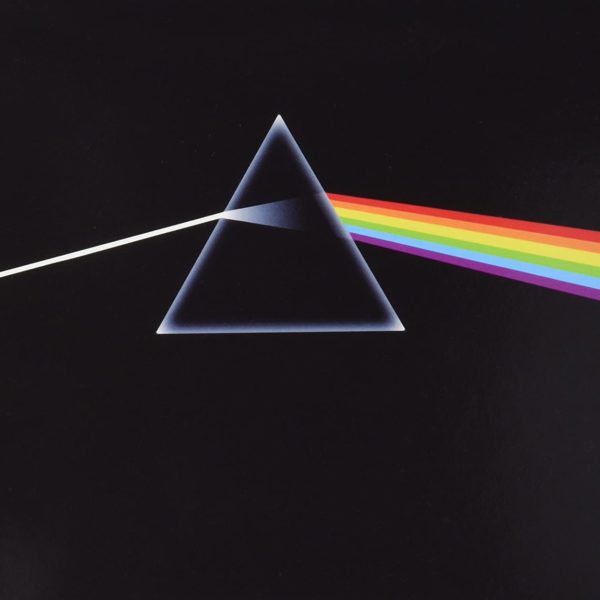 Designed by the legendary Hypgnosis production team, The Dark Side Of The Moon immediately ensured its place among the best album covers of all time. Now appearing on T-shirts the world over (leading angry progonauts to demand, “Oh, you like Pink Floyd? Name five of their songs”) Pink Floyd’s exceptional prism art is as iconic as they come, and had lost none of its power when recreated with lasers at Roger Waters’ 2018 Hyde Park performance. 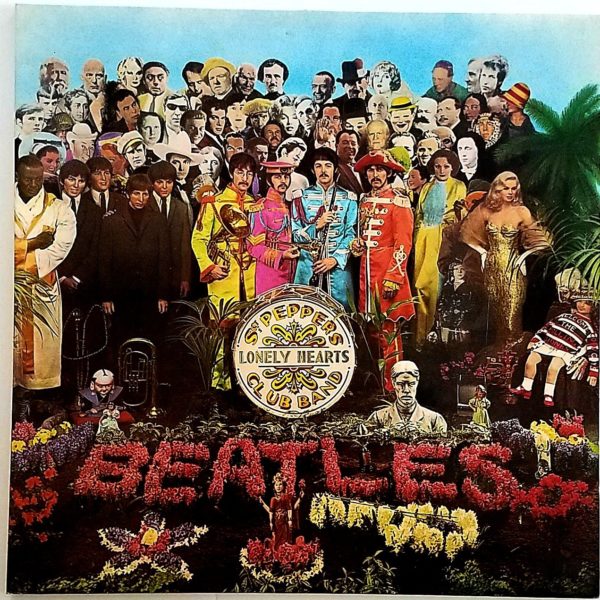 The best album covers are sometimes more famous than the albums themselves. Case in point: Sgt. Peppers Lonely Hearts Club Band. The Peter Blake design nods to some of the best-known figures in pop culture, history and literature, among them Edgar Allan Poe, Marilyn Monroe, Marlon Brando, Marlene Dietrich and The Beatles themselves, of course – both in their Sgt. Pepper regalia and as wax dummies designed by Madame Tussauds.

Led Zeppelin did something similar with their second album, two years later. Based on a World War I photograph of the infamous Red Baron, the pilots’ faces were replaced with those of the band members’. (It was also one of two times the band tried put Neil Armstrong in the mix, but added the wrong astronaut. The second attempt was with 1975’s Physical Graffiti.) 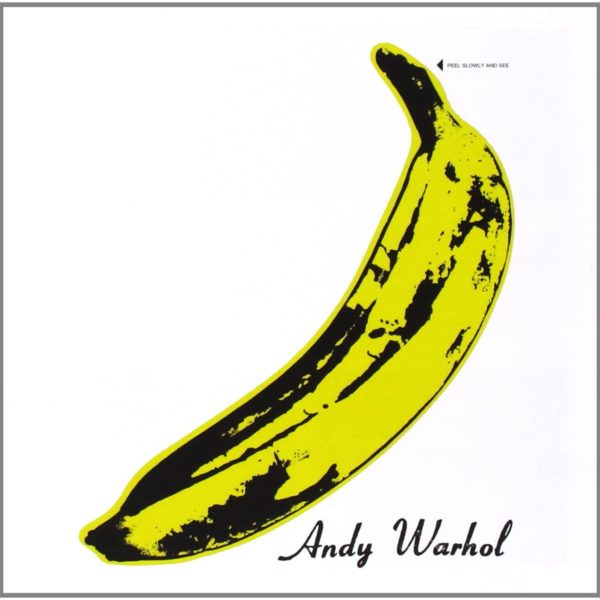 Not only one of the best album covers of all time, but a bona fide work of art by the leader of the Pop Art movement. Andy Warhol’s legendary banana print conjures both the debauchery and mystique surrounding The Velvet Underground’s debut album. The effect is aided by the “Peel slowly and see” instruction which, on early copies of the record, indicated that the banana skin could be peeled back to reveal the flesh-coloured fruit underneath. 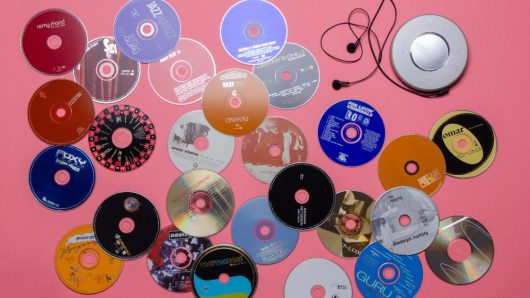 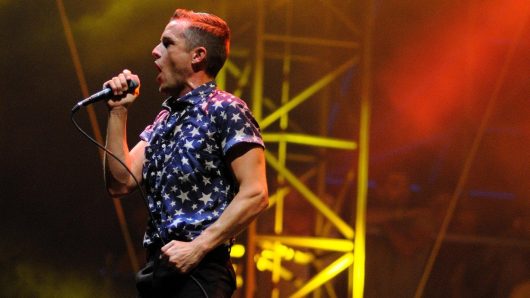