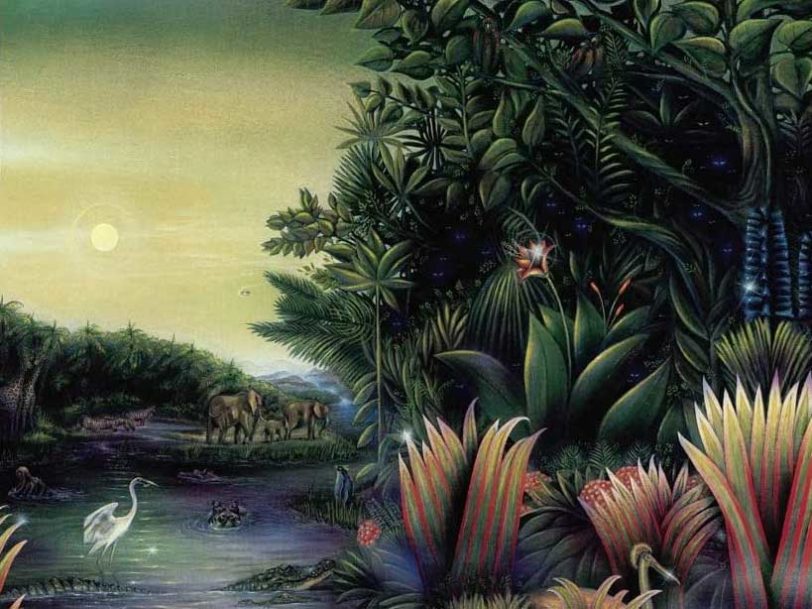 Recorded in fraught circumstances, ‘Tango In The Night’ provided a swansong for Fleetwood Mac’s most commercially successful era.

While Fleetwood Mac had endured some extremely turbulent times since forming in 1967, come the mid-80s the group were very possibly at their lowest ebb. Following the US tour in support of 1982’s Mirage, band members embarked upon their own projects, with Lindsey Buckingham, Mick Fleetwood, Christine McVie and Stevie Nicks all releasing solo albums across 1983 and 1984, while bassist John McVie kept himself busy with sailing and jam sessions with fellow-UK blues legends John Mayall and Mick Taylor. Most significantly, however, the lifestyle that had fuelled 1977’s Rumours, and which escalated after that album’s runaway success, had started to take a serious toll on the group.

Listen to Tango In The Night here.

“I knew that I was going to die”

Of all the bandmates’ individual projects, Stevie Nicks’ had proved by far the most successful, with her 1981 debut solo album, Bella Donna, comfortably outselling Mirage. Her cocaine use had spiralled out of control, however, as she told Uncut in 2003: “When I joined the band, the rock’n’roll life was a shock to my system. It’s so intense and so heavy, and being like Fleetwood Mac was like being in the Army. I was doing a lot of drugs just to get me through to the next thing.” After a 1986 solo tour had seen her reach rock bottom, Nicks checked in to the Betty Ford Clinic for treatment. “I knew I was going to die and I didn’t want to die,” she recalled. “So I was on my way… I did my 28 days and I came out and I was brilliant. I was as strong as an ox and I felt great.” Still, after successfully kicking cocaine at the clinic, Nicks was persuaded to see a psychiatrist, who prescribed the singer with Klonopin, a tranquiliser designed to curb any further impulses.

Meanwhile, drummer Mick Fleetwood had plenty of problems of his own. Like Nicks, his cocaine use had taken hold and, along with a penchant for reckless spending, had left him in a perilous financial position. Having been relieved of his responsibilities as band manager, by 1984 the drummer’s taste for excess and a string of ill-advised investments – real estate, oil- and gas-drilling, cars – had left him with little option other than to file for bankruptcy.

“I think of it as our darkest period”

The rest of the band were in similar shape. “Everyone was at their worst, including myself,” Lindsay Buckingham admitted to Uncut. “We’d made the progression from what could be seen as an acceptable or excusable amount of drug use to a situation where we had all hit the wall. I think of it as our darkest period.” Indeed, John McVie had been busted at his Honolulu, Hawaii, home back in December 1981 for possession of drugs and firearms, and had developed a drinking problem which came to head when he suffered an alcohol-induced seizure in 1987.

Still, when Mick Fleetwood joined demo sessions for Linsey Buckingham’s third solo album, in 1986, the lure of getting the band back together outweighed the potential pitfalls. “I guess you could say the needs of the many outweighed the needs of the few,” Buckingham told Rolling Stone in 1987. Sessions for his album, which he’d started with engineer Greg Droman, were put on hold while Buckingham enlisted his trusted right-hand man, Richard Dashut (they’d worked together since 1973’s Buckingham Nicks), to co-produce the band recordings. Tango In The Night was underway.

“Let’s make it a killer”

Buckingham was determined to make the sessions a success, despite the band’s personal problems. As he told Rolling Stone: “I decided, if we’re going to do this, then let’s really do this. This could very well be the last Fleetwood Mac album, so let’s make it a killer.” Inspired by Kate Bush’s groundbreaking albums The Dreaming and Hounds Of Love, Buckingham had embraced the Fairlight CMI, a state-of-the-art digital sampler with which he painstakingly put together song fragments, shouldering more responsibility for the sound of the record than ever before.

The sessions also came to him. With recording taking place in his home studio, the band – not wishing to invade the guitarist’s personal space – rented a massive RV which they parked in his driveway and used throughout the 18 months it took to record Tango In The Night. Not that every band member was present throughout. Nicks estimates she was only there for two weeks of recording, during which she struggled to keep it together, thanks to her fraught relationship with Buckingham and her fragile post-rehab state of mind, which was exacerbated by drink. “I’d leave and he’d take all my vocals off,” Nicks revealed to Miami Herald in 2017. “And I’m not blaming him for that because I’m sure they totally sucked. Vocals done when you’re crazy and drinking a cup of brandy probably aren’t usually going to be great.”

“Going on the road will multiply the craziness”

And yet, somehow, Tango In The Night eventually came together. Released on 13 April 1987, it went on to become Fleetwood Mac’s second-biggest album after Rumours, shifting an estimated 15 million copies worldwide. The combination of classic songwriting and Buckingham’s use of technology works best on two of Christine McVie’s contributions – the weightless warmth of Everywhere and the infectious Little Lies, both of which were huge hit singles. Elsewhere, Stevie Nicks’ major contributions come with a powerful vocal on the glittering melancholy of Seven Wonders and the account of her trip to rehab, Welcome To The Room… Sara. And the tracks held over from Buckingham’s intended solo album – Big Love, Caroline, Family Man – were made for 80s rock radio.

Still, the experience of putting the album together proved too much for Buckingham. At a meeting to discuss a tour shortly after the album’s release, he told the rest of the group he’d be going his own way. “When I was done with the record, I said, ‘Oh my God. That was the worst recording experience of my life,’” he told Uncut in 2003. “And compared to making an album, in my experience, going on the road will multiply the craziness by times five. I just wasn’t up for that.”

Still the last full album by the most commercially successful Fleetwood Mac line-up, Tango In The Night overcame all odds to provide fans with a fitting send-off – unless of course, there’s time for one last dance…

Check out our best Fleetwood Mac songs to find out which Tango In The Night track made the cut.