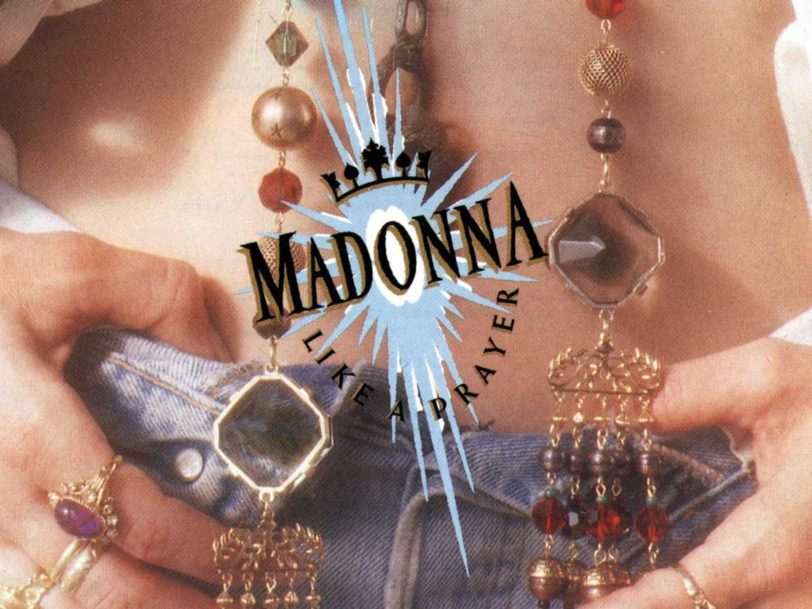 Like A Prayer: How Madonna Elevated Herself To Pop-Deity Status

Pushing the boundaries of what was considered a Madonna album, ‘Like A Prayer’ found the singer heeding the call of her artistic ambitions.

Any doubts that a year’s break from her stratospheric recording career might have harmed what came next were resoundingly shattered with the 21 March 1989 release of Like A Prayer. With her fourth album, Madonna unveiled a 11-song collection that would see her – finally – match her commercial momentum with an equal wallop of critical credibility, pairing her routine pop confection with richer vocals, more reflective lyrics and generous, layered instrumentation. There was even a restless experimentation to the material that culminated in the album’s final song, Act Of Contrition – a burst of reverse sampling and perhaps the oddest thing Madonna has ever recorded. Things had certainly moved on.

Like A Prayer’s glorious title track had, of course, been released just a few weeks earlier, with a controversial (for the time) video that caused an immediate fallout with sponsors Pepsi, who had agreed to back her upcoming world tour. It was just the sort of controversy Madonna revels in, but shouldn’t distract from the anthem’s soulful, euphoric bullseye. This was a musical statement that didn’t require any embellishment. Recorded during the five months the album was created across late 1988, the single remains one of the best Madonna songs of all time, often cited by many people as their favourite, whether they are fans or not

The album’s other big singles – Express Yourself and Cherish – cover more familiar ground. With its strident message of female empowerment and hooky 70s vibe, Express Yourself is Like A Prayer’s showcase dance number and was written with Stephen Bray, who had crafted Into The Groove and other earlier hits. Cherish revisits the pop harmonies of the True Blue era and, while Madonna allegedly has little time for it these days, it’s a sweet, melodic treat that fuelled her reputation as a reliable “adult contemporary” act, critical for long-term US radio support. Madonna’s track record justified sizeable budgets for both songs’ music videos: Express Yourself was then the most expensive promo clip ever created (and an early success for celebrated movie director David Fincher), while Cherish was filmed by the late photographer Herb Ritts.

Three other cuts made single release in different markets: Dear Jessie is a whimsical ode to principal producer Patrick Leonard’s daughter and, with its Beatles-like flourishes, an obvious choice for the lucrative UK Christmas market, duly reaching No.5 and extending Madonna’s record-breaking run of Top 10 hits. The video is an animated oddity rarely seen today, while the single was never issued stateside. Instead, David Fincher was recalled to direct the black-and-white clip for Oh Father, a stirring, highly personal ballad with more than a nod to the late-60s harmonies of acts such as Simon And Garfunkel. It was a brave choice for a stateside single release and made No.20 in December 1989 (six years later, it finally got issued as a single in Europe to promote the ballad collection Something To Remember). Keep It Together was Like A Prayer’s final single. Issued only in the US and never supported by a video, it offered an effective kickback to the sound of Sly And The Family Stone, later becoming the closing number of the legendary Blond Ambition tour.

Pushing hard at the boundaries

Though more than half the record made a single release, much of Like A Prayer’s diverse majesty lies in the album tracks. Written with Patrick Leonard, the theatrical ballad Spanish Eyes is a Broadway showstopper that should have been. Elsewhere, Till Death To Us Part is a frenetic Europop shuffle that draws on darker themes possibly lifted from Madonna’s tempestuous (and then recent) marriage to Sean Penn (she would refer to Like A Prayer as her divorce record), while Promise To Try is an affecting, raw lament to her late mother. The Prince collaboration, Love Song, was rumoured to be the genesis of a bigger project that never got off the ground. Still, it is a successful, funky but lyrically jarring medley of two pop titans, and the only cut on the album not created with Bray or Leonard, who had both shaped so much of Madonna’s success to date.

With Like A Prayer, the singer was pushing hard at the boundaries of what was considered a Madonna record. Shep Pettibone, who remixed some of the album’s singles, would be her next musical significant-other, driving her material in more extreme directions, but this 15-million-selling classic did the job of bridging the ravine between the platinum-pop hysteria of the 80s and the decades of experimentation that lay ahead. Blonde ambition was still the order of the day, but other shades were starting to shine through.

Check out our best Madonna songs to find out which Like A Prayer tracks heard the call.