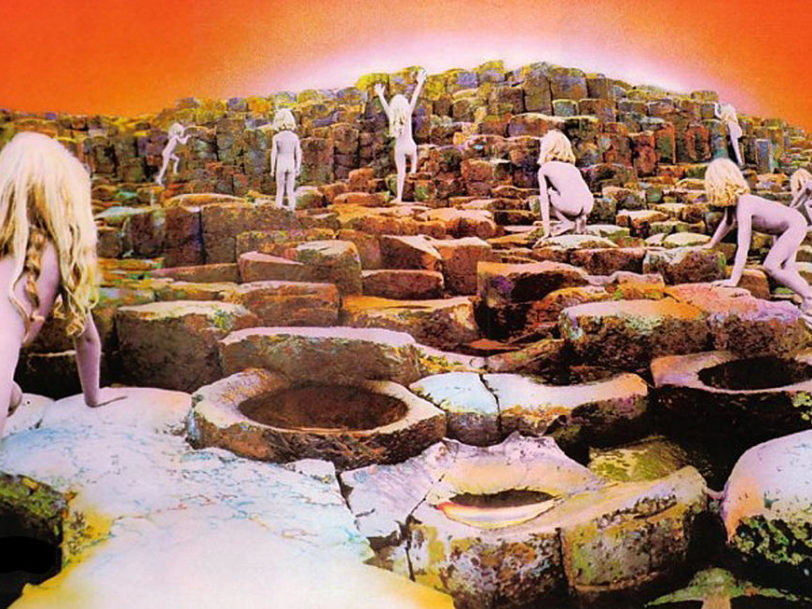 Houses Of The Holy: Behind Led Zeppelin’s Roof-Raising Classic Album

Diverse and confident, ‘Houses Of The Holy’ is an impressive follow-up to Led Zeppelin’s monolithic fourth album.

After the release of their illustrious untitled fourth album (usually referred to as “Led Zeppelin IV”), Led Zeppelin became bona fide superstars. Released in November 1971 and featuring the band’s epic signature song, Stairway To Heaven, that monolithic record topped the charts on both sides of the Atlantic and eventually moved over 20 million copies in the US, but it also left Led Zeppelin feeling intense pressure when it came to recording their fifth album, Houses Of The Holy.

“We felt that pressure, but though everyone was clamouring for another ‘Led Zeppelin IV’, it’s very dangerous to try and duplicate yourself,” Jimmy Page acknowledged in Light And Shade: Conversations With Jimmy Page. “I won’t name any names, but I’m sure you’ve heard bands that endlessly repeat themselves. After four or five albums, they just burn up. With us, you never knew what was coming next.”

Listen to Houses Of The Holy here.

“Page had a very clear idea of what he wanted”

Despite experiencing stratospheric levels of stardom, Led Zeppelin were still hungry to create new music, so while they embarked on a lengthy world tour following the release of “Led Zeppelin IV”, they began informal rehearsals shortly after returning to the UK in 1972. Initial get-togethers took place in Puddletown, in Dorset, before the band discovered a suitable out-of-studio location for more intensive work. This residential approach had worked wonders when they decamped to Hampshire’s Headley Grange to lay down much of “Led Zeppelin IV”, but this time Zeppelin settled on Stargroves, a country mansion in Hampshire owned by Mick Jagger.

To assist them in their quest, Page and co rehired Eddie Kramer, the highly respected studio engineer renowned for his work with Jimi Hendrix and also on Led Zeppelin II. Kramer was excited to discover that Page and John Paul Jones had recently installed their own home studios, which meant they arrived at Stargroves with fully-arranged demo versions of several new songs, including Over The Hills And Far Away and No Quarter.

Energised, confident and with their creative juices flowing, the band hired The Rolling Stones’ mobile recording truck for the sessions and Kramer was more than happy to indulge their experimental approach.

“We were going for ambient sound, so we utilised every aspect of the house and its grounds we could,” the engineer recalled for Louder in 2017. “I remember putting a Fender amp in the fireplace and putting a mic up in there, while everyone’s gear was in different rooms. There was no CCTV, but I put talkback mics all around, so people could yack to each other.”

“The album where John Paul Jones stepped out of the shadows”

Houses Of The Holy’s hard-edged rock songs were clearly influenced by the band’s experiences while traversing the globe. Robert Plant’s poetic lyrics remembered “California sunlight/Sweet Calcutta rain/Honolulu starbright” during the album’s opening cut, the shape-throwing, Who-esque The Song Remains The Same, while the ragas Page and Plant heard during their brief sojourn to India in 1971 infiltrated both Page’s sinewy riffs and the melodies’ Eastern slant on the insistent Dancing Days. Meanwhile, the album’s grandstanding closing song, The Ocean, found Plant acknowledging Zeppelin’s ever-growing and faithful army of fans (“Singing to an ocean/I can hear the ocean’s roar”) who were now packing out the world’s biggest auditoriums.

Elsewhere, the band fearlessly explored new genres on the slippery, James Brown-esque funk of The Crunge and the light-hearted, reggae-influenced D’Yer Maker, with the latter song (later a surprise US Top 20 hit) copping its title from an old English music-hall gag: “My wife’s gone on holiday.” “Jamaica?” “No, she went of her own accord.”

Eddie Kramer later praised John Bonham’s majestic drumming on D’Yer Maker (“You could record him on a cigarette lighter and he would still have sounded fantastic”, he told Record Collector), while the engineer also acknowledged that John Paul Jones came into his own on Houses Of The Holy’s towering ballads, The Rain Song and the enigmatic, keyboard-driven No Quarter.

“This was definitely the album where Jonesy stepped out of the shadows,” Kramer told Louder. “I knew him from before Led Zeppelin, when he was a session musician. He was a superb arranger who could conduct an orchestra while playing bass with one hand. I once saw him do that. The Mellotron he plays on The Rain Song is what lifts the track to another emotional level. And the piano, which he also plays, is like raindrops, or maybe teardrops. I don’t think they’ve ever done a track so subtle before. It’s quite beautiful – and No Quarter is his personal showcase.”

“There was a unity of spirit and a direction of sound”

Issued in an eerie, Grammy-nominated sleeve – designed by Hipgnosis’ Aubrey Powell, and standing as one of the most memorable Led Zeppelin album covers – Houses Of The Holy was first released on 28 March 1973. Its eclectic mix of material initially divided the critics, though positive retrospectives (among them Pitchfork’s declaration that “Houses Of The Holy might be Zeppelin’s most impressive album on a purely sonic level”) have significantly restored its reputation as an essential album.

Not that Led Zeppelin’s ardent fanbase ever doubted the record’s worth – and they came out in force, ensuring Houses Of The Holy topped both the UK and US charts, spending two weeks at No.1 on the Billboard 200 during an impressive 39-week run. The fact it eventually moved over ten million copies in the US vindicated Led Zeppelin’s inherent belief that they could experiment and still take their fans with them – an approach which again bore fruit on their next record, the landmark double-album Physical Graffiti.

“There was a unity of spirit and a unity of direction of sound,” Eddie Kramer later told Louder. “A lot of that had to do with Pagey and the fact he had a very clear idea of what he wanted… The whole album had a very upbeat quality to it.”

Check out our best Led Zeppelin songs to find out which Houses Of The Holy tracks found a home.