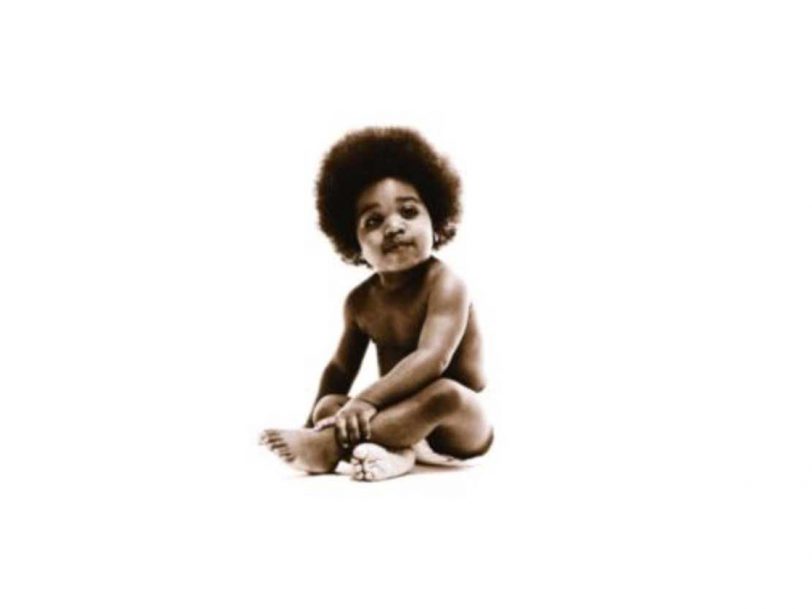 Ready To Die: How The Notorious B.I.G. Gave His Life To Hip-Hop

The Brooklyn-born Christopher George Latore Wallace, aka The Notorious B.I.G., aka Biggie Smalls, delivered a sucker punch with his multi-platinum-selling debut album, Ready To Die. Starting life while Biggie was still part of the Uptown Records stable, the album was eventually released by Sean Combs’ Bad Boy Entertainment operation in 1994. Combs, aka Puff Daddy, and his in-house team of producers did much of the work on the record, and Bad Boy’s head honcho himself played the very capable hype man to Biggie’s star-making turn. However, Ready To Die also featured production from several of hip-hop’s most legendary backroom boys, helping Combs’ nascent company to truly stake its claim to greatness.

Listen to ‘Ready To Die’ here.

The start of a tragically short career

Through still in its early days, Bad Boy Entertainment had already produced multiple hits, but The Notorious B.I.G.’s storytelling rhymes – both in the form of his effortless thug-rap and the masterful loverman hits he agreed to include only after some serious arm-twisting – gave the label a multi-platinum success that not only laid the groundwork for Biggie’s follow-up, the diamond-selling 1997 double-album,Life After Death, but shaped the course of hip-hop throughout the remainder of the decade and beyond. By that point, however, Biggie would, incomprehensibly, be dead – another victim of the violence that plagued hip-hop in the 90s. Ready To Die, then, stands as the start of a tragically short-lived career whose full potential was never fully revealed.

The album begins with a contemporary skit-style intro, in which Biggie’s birth is enacted to the strains of Curtis Mayfield’s Superfly, before waltzing at speed through his fractured early life. Things start in earnest with the cinematic boom-bap of the Main Ingredient-sampling Things Done Changed. A sometimes gleeful-seeming tale of the ramping-up of inner-city violence in the US, it nonetheless finds Biggie cracking jokes with his trademark dark humour: “My mama got cancer in her breast/Don’t ask me why, I’m motherfucking stressed.”

The similarly terrifying, Cypress Hill-influenced street-crime anthem Gimme The Loot was the first of six Ready To Die songs produced by Easy Mo Bee. Previously of the group Rappin’ Is Fundamental (who found brief fame with their self-titled 1991 single), Mo Bee had made a name for himself as producer for a number of the era’s stars, among them Big Daddy Kane and Craig Mack, and had even been tapped by legendary trumpeter Miles Davis to collaborate on his hip-hop-jazz crossover final album, Doo-Bop. Mo Bee also worked on Ready To Die’s crunchy Machine Gun Funk, on which Biggie rapper sprays similes as if firing them from a semi-automatic rifle (“I get up in that ass like a wedgie”; “Making money smoking mics like crack pipes”).

Mo Bee himself excelled on the banging, Isaac Hayes-sampling Warning, whose samples of pager beeps and dial tones underpin a seriously dramatic bit of mafioso rap from Biggie, who duets with himself down the phone and prepares to defend himself in a scene straight out of Scarface. Starting with the riddling internal rhyming of “Who the fuck is this paging me at 5:46 in the morning?/Crack of dawn an’ now I’m yawnin’”, Biggie proves his lyrical dexterity throughout the song, before ending it with a round of gunfire. Ready To Die’s low-slung, keening, fatalistic title track (“My life is played out like a Jheri curl”) then follows, again produced by Easy Mo Bee, in an almost West Coast style.

A mash-up of life and death

Album cut One More Chance was completely remodelled for single release, as One More Chance (Stay With Me Remix), in 1995, resulting in an undeniably superior track that sits among the best Notorious B.I.G. songs (“Lyrically, I’m supposed to represent/I’m not only a client, I’m the player President”). However, the Grover Washington-sampling, answering-machine-heavy album version features Bad Boy’s female R&B group and regular Biggie collaborators Total, and serves as a fruity prequel (“When it comes to sex, I’m similar to the Thrilla In Manila”) to an even more X-rated interlude.

The What sees Biggie trading rhymes with Wu-Tang Clan mainstay Method Man over a crackling, smoky sample (“I got a six-shooter and a horse named Trigger”). Again produced by Easy Mo Bee, it’s one of several Ready To Die tracks that feature a shout-out to Junior M.A.F.I.A., the Lil’ Kim-sporting group responsible for tremendous cuts such as Player’s Anthem and Get Money, and who Biggie helped usher into the spotlight the following year.

Making for another of Ready To Die’s more easygoing highlights, the reflective, aspirational, Mtume-sampling single Juicy again featured Total and offered a vision of the smoother Bad Boy sound to come later in the decade. Another heavyweight New York producer, Pete Rock, reputedly delivered the original idea, and certainly contributed a remix for the song’s single release. That fresh atmosphere doesn’t last long on the album, though: the woozy, unstable Everyday Struggle soon finds Biggie, plagued by the multiple problems he feels closing in on him, turning from fatalism towards suicidal ideation (“People look at you like you’s the user/Sellin’ drugs to all the losers, mad buddha abuser”).

By contrast, the Grammy-nominated single Big Poppa sampled the hip-hop loverman standby Between The Sheets, by The Isley Brothers (also used by A Tribe Called Quest on a version of Bonita Applebum), to fine effect, while Respect features Diana King, who, soon to score a hit with Shy Guy, brings a touch of sassy, Shabba Ranks-influenced Jamaican ragga flavour to lighten Biggie’s mash-up of life and death (“Umbilical cord’s wrapped around my neck/I’m seeing my death and I ain’t even took my first step”). Easy Mo Bee’s final contribution to Ready To Die, the Gwen Guthrie-sampling sex rhyme Friend Of Mine, is followed by the head-nodding fan favourite Unbelievable (“Tryin’ to play gorilla, when you ain’t no killer/The gat’s by your liver, your upper lip quiver”), with production handled by Gang Starr’s superlative beat specialist, DJ Premier.

Ready To Die’s closing track, Suicidal Thoughts, received an appropriately downbeat backdrop by one final legendary hip-hop button-pusher, Diggin’ In The Crates Crew’s Lord Finesse. Picking up from where Everyday Struggle left off, it finds Biggie giving in to despair with a mixture of clarity and alacrity (“My baby mama kiss me, but she glad I’m gone/She know me and her sister had somethin’ goin’ on”; “It don’t make sense, goin’ to Heaven with the goodie-goodies”).

One of the greatest albums of all time, of any genre

The now extremely collectable original vinyl edition of Ready To Die slimmed the tracklist down considerably, so a double-album gatefold pressing, issued the following year, restored the record to its intended state and added the chilly, piano-laced, Wu-Tang-esque Who Shot Ya. Built on a David Porter sample and featuring vocals from Biggie’s wife, Faith Evans, the song, released as a B-side in February 1995, tells a similar tale to Warning (“One false move, get Swiss-cheesed up”) and garnered attention due to firmly denied rumours that Biggie’s target was his recently shot sometime-friend Tupac.

Released on 13 September 1994, Ready To Die helped cement the mid-90s as a second classic period in hip-hop history, following the “Golden Age” of the late 80s and early 90s. After Biggie’s death, the album’s reputation has only continued to grow, and it is now regularly hailed as one of the greatest of all time, of any genre. Painting a very human, morally confused picture of life in late-20th-century New York, Biggie’s first masterpiece remains evocative enough to taste.