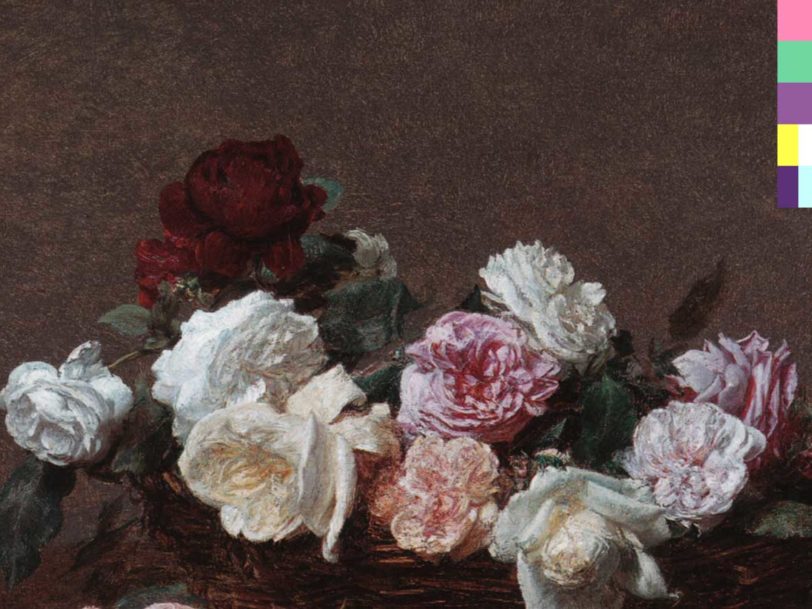 New Order’s second album, Power, Corruption & Lies, is arguably the most pivotal release in their entire canon. A major advance on their dour debut, Movement, it found the group seamlessly integrating electronica and the cutting-edge dancefloor sounds of the day into their trademark, guitar-driven post-punk sound. As Stephen Morris told the NME, the record marked the point when the group “stopped being Joy Division and found a new direction through the means of technology and dance music”.

“It’s still having an impact”

Power, Corruption & Lies was first released on 2 May 1983, three years after Joy Division’s lead singer and driving force, Ian Curtis, committed suicide. Leaving aside the personal tragedy involved, Curtis’ death also terminated Joy Division’s career, and while his bandmates continued as New Order (bolstering their sound shortly afterwards with the addition of keyboardist Gillian Gilbert), it took them a long time to step out of their old group’s shadow.

Still very much in the vein of Joy Division, New Order’s 1981 debut, Movement, scraped into the UK Top 30, but its recording was fraught with difficulties. The band remained unsure of their future direction, while producer Martin Hannett made it clear he felt their genius had died with Ian Curtis.

“We had such a tough time making Movement, emotionally, because of Martin,” Peter Hook told Record Collector in 2020. “He was grieving and getting heavily into drugs. He’d lock himself in a room with a gram of coke and say, ‘If I hear anything I like, I’ll come out’ – and not come out! It was such a kick in the balls. After Movement we never gave him another chance.”

Happily, New Order discovered their new musical direction when they created a hybrid sound of their own. To achieve this, they began mixing their standard rock instrumentation with sequencers, exploring the new technology that became available during the early 80s.

“We wanted to move it along in our own way”

Bridging the gap between Movement and Power, Corruption & Lies, the Manchester quartet released three fantastic standalone singles which signalled where they were heading – and still sit among the best New Order songs The first, Everything’s Gone Green, found them toying with sequencers for the first time, while its euphoric follow-up, Temptation, blueprinted the happy-sad, synth-infused pop that would soon become New Order’s trademark. Released just prior to Power, Corruption & Lies, Blue Monday cracked the UK Top 10 and went on to become the best-selling 12” single of all time.

New Order created the groundbreaking Blue Monday through experimenting with their newly acquired Oberheim DMX drum machine and Emulator sampling keyboard, and they again employed these game-changing bits of kit on Power, Corruption & Lies. However, while the band upgraded their technology, the changes they made both in terms of personnel and their own modus operandi also significantly influenced the outcome of the record.

To record Power, Corruption & Lies, the band revisited Pink Floyd’s Britannia Row Studio in London, where Joy Division had previously recorded Closer. However, while Martin Hannett had been in charge of those sessions, this time around the band opted to self-produce, with help from capable studio engineer Mike Johnson.

“We were left alone and came up with our own sound”

“Having done those previous singles on our own, that’s when we knew what we really wanted it to sound like,” Gillian Gilbert later told the NME. “We then wanted to move it along in our own way rather than how a producer might want to. We were left alone and came up with our own sound.”

In addition to embracing new technology, the band were also becoming more confident in their own abilities. Circumstances rather than choice had had hurled him into the limelight following Ian Curtis’ death, but the making of Power, Corruption & Lies also revealed that Bernard Sumner was becoming more comfortable in his skin as New Order’s frontman.

“Bernard would drink onstage to take the pressure off being the frontman initially,” Gillian Gilbert recalled, “But gradually he got more into singing. Especially in the studio, where he could hear how he sounded. So he’d hone the lyrics gradually and realised he could really enjoy singing.”

A similar optimism is still palpable on Power, Corruption & Lies’ magnificent opening track, Age Of Consent. Introduced by Hook’s joyous, swooping bassline, this towering pop anthem perfectly mirrored New Order’s newfound sense of confidence, and that feeling remained intact throughout the record, regardless of whether the band were executing the pensive, guitar-driven likes of We All Stand and Leave Me Alone or showcasing wholly electronic material such as 586.

Elsewhere, The Village and Ultraviolence benefitted from an amalgam of organic and electronic instrumentation which arguably made them sound even more potent, though Power, Corruption & Lies arguably reached its apogee with the sumptuous, Kraftwerk-esque torch song, Your Silent Face – even if the track’s stately mood was leavened a little by Sumner’s acidic couplet, “You’ve caught me at a bad time/So why don’t you piss off!”

“A remarkable declaration of independence”

Heady, future-embracing and never less than compelling, Power, Corruption & Lies was issued in a glorious, Peter Saville-designed sleeve based on the painting A Basket Of Roses by French artist Henri Fantin-Latour. Deservedly, the album attracted similarly lavish critical praise, with Rolling Stone’s enthusiastic critique proclaiming it to be a “quantum leap” over Movement and “a remarkable declaration of independence”.

The album also performed well commercially, peaking at No.4 in the UK Top 40 while rewarding the band with their first silver disc and setting them up for a concentrated mainstream assault with 1985’s Low-Life. Perhaps more significantly, Power, Corruption & Lies’ longevity has since been assured by its influence down the decades, its DNA easily detectable in key releases by artists as diverse as LCD Soundsystem, Hot Chip and Daft Punk.

Paying tribute to the album in NME, Hot Chip’s Alexis Taylor said: “It’s such an innovative and unusual record, from an innovative and unusual band. When you go back to it, you realise that New Order were so pioneering in combining melancholic, thoughtful lyrics with the alien sound of synthesisers, the pulse of dance music and the darkness of where they’d come from with Joy Division. It’s a deep record and it’s still having an impact on future generations.”

Check out our best New Order songs to find out which Power, Corruption & Lies songs made the cut.