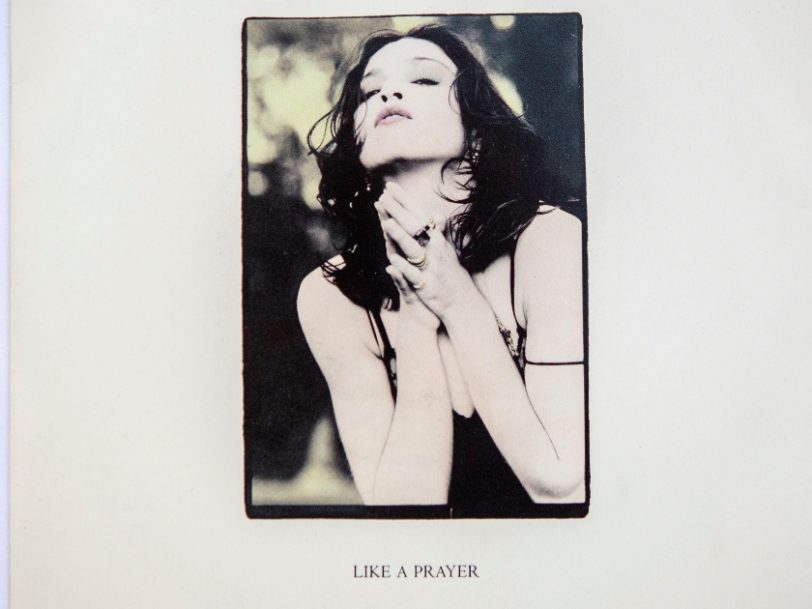 Like A Prayer: The Story Behind Madonna’s Transcendent Signature Song

Creating no small amount of controversy, Like A Prayer sits near the pinnacle of Madonna’s many creative and commercial successes.

There was one type of Madonna before Like A Prayer, and a very different type of Madonna after. The song, arguably the most widely acclaimed in her lengthy catalogue, reset all expectations over the “Queen Of Pop”’s ability to craft the perfect hit single, and showcased a more layered approach to her music, where art and performance played across that now-trademark melodic punch.

On this landmark song, the chorus actually plays second fiddle to a broader theatrical build across five minutes and 43 seconds of atmospheric storytelling (it has one of the longest running times across Madonna’s many hit singles), with the gorgeous gospel framework elevating it among the very best 80s songs in a demanding field. Madonna’s carefully curated showmanship, already so familiar by the single’s 3 March 1989 release date, wasn’t ignored, either – the song was trailed in a unique Pepsi TV commercial, but even that would be brushed aside by something far bolder.

If the TV advert – run just once stateside in the top-rated The Cosby Show and during an episode of The Bill in the UK – created plenty of buzz (there were even teaser ads to trail the main event), Like A Prayer’s Mary Lambert-directed video caused a sensation. Pressing all the sensitive buttons of contemporary North America, sex, religion and race was whipped up into a classy piece of performance art that sits among the best 80s music videos. The burning crosses, of course, served to enflame the fuss and caused Pepsi to back out of an overarching commercial partnership. She’d need to find a new sponsor for her upcoming world tour, but that wasn’t likely to prove too much of a challenge…

Beyond all the drama, what stands out more than 30 years since this single’s first airplay is the dynamite pairing of Madonna’s vulnerable vocals and the controlled power of the Andraé Crouch Choir. Working once more with producer Patrick Leonard, the cut opens the Like A Prayer album, which followed the single into record stores on 21 March.

The chemistry that artist and producer shared on Madonna’s previous album, True Blue, was evident, but this time their creative energy was in peak flow, with Madonna determined to push at the musical boundaries she felt were starting to constrict her. Across five months of recording at studios in New York City and Hollywood, the deterioration of her marriage to actor Sean Penn was being explored in the music she was making, adding pathos and depth to material that was more experimental than anything she had tackled before.

A record as religious experience

Critics were floored by this latest reinvention, and the first major re-evaluation of Madonna as an artist – not just a pop star – was secured by the decade’s end (helped by a dazzling run of singles that followed Like A Prayer, including Cherish, Express Yourself, Dear Jessie and Oh, Father).

Madonna says Like A Prayer is the song she most likes to perform live, and it has appeared in set lists for most of her tours since, including the Madame X shows, which concluded in early 2020. Other artists, such as Darren Hayes, of Savage Garden fame, have covered Like A Prayer, and the song received a dance makeover by Mad’House in 2002, which proved a sizeable European hit. In truth, however, it sits so uniquely among the best Madonna songs that it’s doubtful anyone will better it.

Like A Prayer sits among a remarkable run of Madonna US and UK No.1s. Were listening to a record ever a religious experience – and she’s cleverly played with that symbolism since her 1984 breakthrough – this is Madonna’s most powerful settlement on the matter. If it was some sort of plea to a higher power during troubled personal times, someone up there was certainly listening.