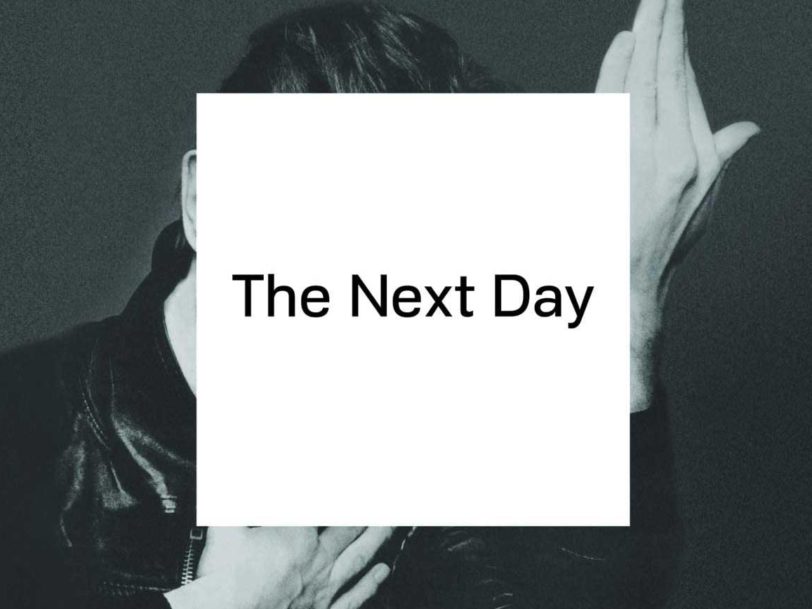 The Next Day: How David Bowie Used His Past To Define His Present

The release of Where Are We Now? surprised the world, but only hinted at what David Bowie’s penultimate album, ‘The Next Day’, had in store.

David Bowie always knew how to cause a scene. At the stroke of midnight on 8 January 2013 – his 66th birthday – his YouTube channel broadcast the video for a new single, Where Are We Now?, and announced the release of new album, The Next Day. As Bowie’s first new material since 2003’s Reality, it shocked music fans and made headlines the world over.

Listen to The Next Day here.

Many had feared Bowie had gone on permanent hiatus. He’d cut short his A Reality Tour in 2004, after suffering chest pain while performing at the Hurricane Festival in Scheeßel, Germany, on 25 June. What was originally considered a pinched nerve was later diagnosed as an acutely blocked coronary artery, and an emergency angioplasty was required. The remaining 14 dates of the tour were cancelled and Bowie entered a period of convalescence.

In the years that followed, Bowie kept a low profile, embracing his status as an elder statesman of art-rock with a smattering of guest appearances, including a performance with Arcade Fire at 2005’s Fashion Rocks fundraiser and contributing backing vocals to TV On The Radio’s 2006 album, Return To Cookie Mountain. But public sightings were few and far between.

It’s unsurprising, then, that the New York sessions for The Next Day were conducted under a veil of secrecy, with Bowie asking employees of The Magic Shop and Human Worldwide studios, where the album was recorded, to sign NDAs. Recording took place over two years, from May 2011 to February 2013, with Bowie calling upon some of his most trusted generals. Tony Visconti returned on production duties, and members of Bowie’s touring band – Sterling Campbell (drums), Gail Ann Dorsey (bass), Gerry Leonard (guitar) and Earl Slick (guitar) – formed the musical backbone of the sessions.

While he’d later pull off one last great reinvention with his final album, 2016’s Blackstar, The Next Day finds Bowie mostly trying on old musical outfits one last time on a record crammed with references to his past. A bold entry among Bowie album covers, even The Next Day’s artwork suggested he was grappling with his legacy: it subversive design, by Jonathan Barnbrook, simply placed a white square containing the new album title on top of the iconic “Heroes” sleeve, as if to suggest that Bowie was only too aware that his legacy would inform listeners’ expectations of his new work.

Time away had not mellowed him

As the album’s first single, Where Are We Now? was misleading. A distinguished and vulnerable-sounding midtempo reflection on his time living and working in Berlin in the mid-to-late 70s, the song referenced the fall of the Berlin Wall and the city’s rejuvenation, while drawing parallels with Bowie’s own career.

Where Are We Now? suggested The Next Day would return to the sophistication that characterised much of 2002’s Heathen. It was surprising, then, when much of the album, released on 8 March 2013, proved to be full of uptempo rockers. The title track opens the record, a glammy, aggressive stomper with Bowie in fantastic voice as he furiously spits lyrics that transport us to a scene of violence – perhaps the lynching of a controversial religious figure – while the band whip up a storm behind him. The Stars (Are Out Tonight) is a similarly venomous take-down of celebrity culture, this time backed by a muscular slice of wired art rock that could have fitted nicely on 1980’s Scary Monsters (And Super Creeps). Elsewhere, tracks such as the simmering and seething Love Is Lost and the riff-heavy (You Will) Set The World On Fire only further revealed Bowie’s determination to show that time away had not mellowed him.

Still, The Next Day is by no means a difficult listen; these are exciting and invigorating performances of songs crammed with hooks. He’s at his poppiest on the glammed-up Valentine’s Day. I’d Rather Be High is a thing of such psychedelic beauty that the listener could be forgiven for barely noticing it seems to be about a soldier with PTSD, while Dancing Out In Space takes a Motown beat and drapes a graceful, elegiac tune across it. The album’s penultimate track, You Feel So Lonely You Could Die, is a belated sequel of sorts to The Rise And Fall Of Ziggy Stardust And The Spiders From Mars’ closer, Rock’n’Roll Suicide: a grandstanding epic that appears to focus on the fall of the Soviet Union.

The groundwork for a spectacular send-off

There are some pointers to where Bowie would go next. Dirty Boys is a sleazy and sparse bit of funk that jerks around while Bowie sings of misbehaviour after dark and Steve Elson delivers an inspired saxophone solo that points towards Blackstar. Meanwhile, If You Can See Me pre-empts the frantic, jazz-informed energy of that album’s Sue (Or In A Season Of Crime) and ’Tis A Pity She Was A Whore, and the closing track, the Scott Walker-like gloomy grandeur of Heat, has the experimental ambition that would propel Blackstar to greatness.

With The Next Day, David Bowie emerged from his musical hiatus with an album that reminded fans why he meant so much, while laying the ground for a spectacular send-off.

Find out where The Next Day’s artwork ranks in our countdown of all 28 David Bowie album covers.