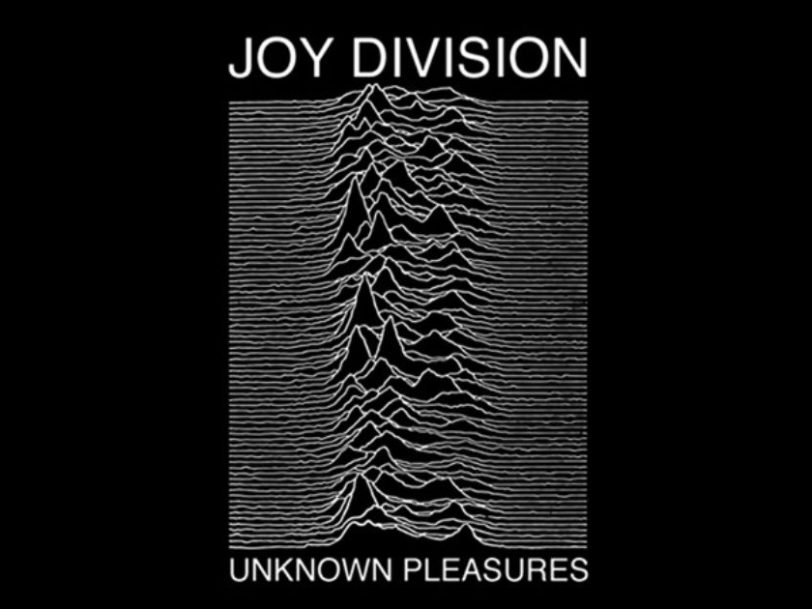 Dark, enigmatic and compelling, Joy Division’s debut album, ‘Unknown Pleasures’, has retained its allure in the decades since its release.

Joy Division’s debut album, Unknown Pleasures, has been exhausting superlatives ever since its initial release in the summer of 1979. Now widely hailed as one of post-punk’s most important touchstones, it’s one of a few truly singular rock albums deserving of the over-used epithet “seminal”, yet its influence on successive generations amazes no one more than Joy Division’s remaining members.

“The album just carried on by itself, without us”

“We just never expected to have this impact,” guitarist Bernard Sumner openly admitted in 2019, in an interview with Record Collector, with drummer Stephen Morris adding that, despite the tragically early death of frontman Ian Curtis, “The album just carried on by itself, without us.”

That Unknown Pleasures is seemingly impervious to the ravages of time is remarkable in itself. Yet, in retrospect, what truly beggars belief is how this still relatively naïve Manchester quartet could fashion a record of such depth and power barely 18 months after they issued their scrappy, punk-leaning formative EP, An Ideal For Living.

The answer to that question involves the confluence of several different factors, with sheer bloody-mindedness playing a major role. In the early part of 1978, Joy Division could barely get arrested in Manchester, but with gigs almost impossible to come by in the wake of their live debut, at Pip’s Disco, they knuckled down and rehearsed intensively – getting significantly better at their craft while honing the songs that would feature on Unknown Pleasures.

Digital and Glass, the two songs the band contributed to Factory Records’ initial release, the A Factory Sample EP, had convinced Gretton and Wilson that Joy Division were a band with a serious future. The EP’s healthy sales and positive press also suggested it would be feasible to record and release Unknown Pleasures on the nascent Factory imprint, instead of the London-based Genetic Records, who had also made overtures to the band.

To secure the deal, Wilson and Gretton took the unprecedented step of offering Joy Division a 50/50 split of the profits on sales, meaning that the band could make more money from staying in Manchester and recording for Factory than they could taking their chances in the capital.

In addition, teaming up with Factory also meant the chance to reconvene with the label’s in-house producer, Martin Hannett: a figure whose maverick approach had already started to shape Joy Division’s legacy.

“When we came out of Cargo [Studios in Rochdale], the tape sounded like a demo,” Stephen Morris told Record Collector of the original Digital and Glass recordings. “Then [Hannett] took it away with Chris [Nagle, engineer] and put all this stuff on it, and totally transformed it. We hadn’t been involved in that process… how the song came out sounded wonderful. So it was always going be Martin that produced Unknown Pleasures.”

Released in late 1978, A Factory Sample opened doors for Joy Division in the early part of the following year. A rave review by Paul Morley secured the band an early NME cover, and their first radio session for BBC Radio 1 DJ John Peel brought them to the attention of a wider audience. The group had also performed a flurry of live shows, including a high-profile support for The Cure at The Marquee, in London, so they were all fired up to record Unknown Pleasures across three brisk, weekend-long sessions at Stockport’s Strawberry Studios in April 1979.

“There was no such thing as click tracks or backing tracks in those days. It was all recorded live,” bassist Peter Hook wrote in his memoir, Unknown Pleasures: Inside Joy Division. “So for the most part what we used to do was go in and run through all of the tracks in one go, with Ian in the room – he’d do the vocal in isolation later, when we had the take.”

However, while Hannett wanted to record the band members with what Hook recalls as “maximum separation”, the producer’s mercurial approach meant he didn’t stop there in his quest for perfection.

“Martin was a great catalyst and experimenter in the studio”

Convinced that Morris’ drum kit was “squeaking”, Hannett insisted that the drummer dismantle it, and then had him record every drum individually, to avoid any sound spilling between them. “He was very technical, but he had that Joe Meek Madness,” Morris recalled. Playing a drum with one hand and keeping time by hitting his leg with the other, he ended up with bruises “all over my legs”.

Fortunately, there was method to Hannett’s madness. The producer’s love of pioneering digital technology gave Unknown Pleasures an edge, and his attitude even encouraged the band to create new material during the sessions.

“Martin was a great catalyst and experimenter in the studio,” Sumner told Record Collector. “He had an AMS delay box and he’d… record a bit of my guitar and then play it back using a keyboard. It was sampling, ten years ahead of its time.”

“Candidate was me soundchecking the drums, and Martin just said, ‘Keep doing it,’ and Hook played bass over it,” Morris added. The album outtakes Autosuggestion and From Safety To Where came about in the same way. “Ian was improvising lyrics,” Morris noted. “Normally, as songs evolved live, he’d chip away and change them, but Candidate, Autosuggestion and From Safety To Where were all done there and then.”

Yet, while Hannett’s textures and technical nous were crucial to the end result, the producer could only work his magic on the material with which he was presented – and most of Joy Division’s new songs were already truly otherworldly. Indeed, from its motorik, Neu!-esque opener, Disorder, to the sparse closer, I Remember Nothing, Unknown Pleasures was crammed with extraordinary modern rock music.

With Wilderness and the harsh, metallic Interzone providing the only links with their recent punky past, Joy Division had suddenly elevated themselves into a whole new league. Light years ahead from the promising but often faltering music they’d made in their earlier guise as Warsaw, the band’s three musicians now meshed with an almost supernatural intuition on the dark, brooding soundscapes of Shadowplay and Day Of The Lords, while Ian Curtis’ captivating performances on the towering New Dawn Fades and the hypnotic She’s Lost Control marked him out as one of his generation’s best frontmen.

Curtis wrote the lyrics for She’s Lost Control after an incident he witnessed while working at the jobcentre. “It’s about a young lady who – like Ian – had epilepsy,” Hook wrote in Unknown Pleasures. “Ian had been trying to help find her a job, but she had problems keeping it and then died from having a fit, which must also have been terrifying for Ian to discover.

“But he delivered his vocals with the perfect amount of passion and spirit,” Hook added. “It was exactly what we wanted. His use of repetition and onomatopoeia was startling.”

“It’s still one of the strongest debut albums ever”

Joy Division were convinced they’d made a great album with Unknown Pleasures, but Martin Hannett’s production initially polarised opinion within the band. Sumner and Hook, especially, were less than enamoured at the time, though Hook is now quick to admit that the aspects of Hannett’s work he initially hated (“the spacy, echo-ey, ambient sound of it”) gave the record its timeless quality.

“Now, of course, I can see the error of my ways,” Hook had reflected. “It’s a truly ageless album. Think of the millions of albums influenced by Unknown Pleasures that have aged, while Unknown Pleasures hasn’t. That was [Hannett’s] gift to us. We gave him the brilliant songs and he put them into little capsules so they’d stay brilliant forever.”

Issued on 15 June 1979, as the first album release on the newly created Factory Records, Unknown Pleasures didn’t have the major-label support needed to compete with the mainstream charts. However, it sold over 5,000 copies in just two weeks and proved that independent record labels could be viable on their own terms. As for its critical reputation, that was sealed within weeks of its release, following a clutch of five-star reviews and NME’s assertion that the album was “an English rock masterwork”.

Unknown Pleasures has since gone on to cement its reputation among the best debut albums of all time, and it even received a gold certification in the UK in 1982. Its iconic status has been boosted further, with Peter Saville’s famously enigmatic artwork, based on a visual representation of the radio frequency of a dying star, being recognised as one of rock’s best album covers. More visual accolades followed when, in 2020, a raft of young directors were inspired to shoot new videos for each of Unknown Pleasures’ ten songs. Indeed, the album’s power to captivate successive generations of music fans shows little sign of abating anytime soon.

“Joy Division were prophetic and visionary,” critic, contemporary and long-time supporter Jon Savage told Mojo in 1994. Calling the album “the definitive Northern gothic statement: guilt-ridden, romantic and claustrophobic,” he added, “It’s still one of the strongest debut albums ever.”