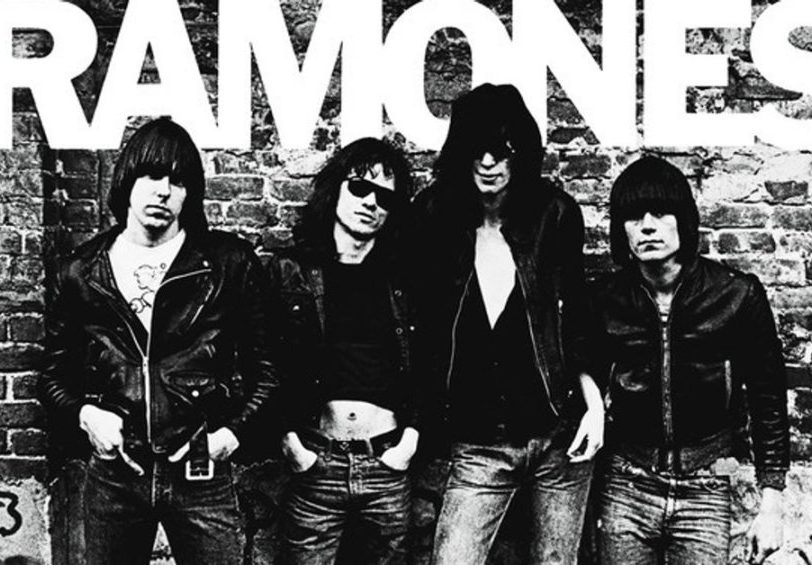 How Ramones’ Debut Album Launched An Offensive On Indulgent Rock

Fast, furious and fantastic, Ramones’ self-titled debut album broke all the rules and drew up the blueprint for punk.

Ramones’ self-titled debut album sold next to nothing on release, yet in terms of influence, it casts the longest of shadows. Indeed, in the same way that The Velvet Underground & Nico has since inspired virtually every alt-rock outfit worth their salt, Ramones’ opening salvo is now widely accepted as the record which drew up the blueprint for punk and altered the course of modern music for good during the latter half of the 70s.

“It was a fresh, wild and powerful sound and it was easy,” The Damned’s guitarist Captain Sensible said, in Everett True’s Hey Ho Let’s Go: The Story Of The Ramones. “You could plonk their record on, grab hold of a bass or a guitar or whatever, and jam along. That’s how I used to practice – and Sid Vicious as well… Anyone can write a rock song, but the genius of the Ramones was that they had these brilliant tunes coming out their earholes.”

One of the primary reasons Ramones’s debut album sounded so vital when it first appeared, in the spring of 1976, was because the wider rock’n’roll scene had stagnated in the mid-70s. By 1974, glam-rock had fizzled out, and the era’s increasingly turgid progressive-rock outfits held little appeal for many young music fans – not least four young men from New York City’s Forest Hills suburb who cherished the finest 60s garage-rock and bubblegum pop sounds, but were disgusted by what they were hearing on the radio.

The boys then matched their brotherly image with their signature style of leather jackets and ripped jeans. To complete their offensive, they proceeded to write and rehearse a set of short, sharp two-minute songs which flaunted their love of classic 60s pop but enhanced it with buzzsaw guitars and frantic rhythms which left absolutely no space for indulgent guitar solos.

Just months after they first formed, Ramones played their first gig, at CBGB, in New York City, on 16 August 1974. They sounded wilfully at odds with the times, but they found favour at the club – a former biker bar on The Bowery – which rapidly became their home from home. They played at CBGB at least 30 times during 1975, performed a further 70 shows there in 1976, and their links to the club led to them securing a deal with Sire Records through the label’s A&R man and producer Craig Leon.

“I was actually after Patti Smith but we didn’t have enough money to get her,” Leon recalled in Hey Ho Let’s Go! “But as a result of that I came across many of the CBGBs bands.

“I saw Ramones with Talking Heads in 1975, and loved them,” Leon continued. “I was more into what they didn’t do… music was decaying. People would listen to long, instrumental, pseudo-classical solos. The Ramones came on, and hit you over the head with what rock’n’roll was about.”

“Everything was rushed because it was low budget”

Plaza Sound was a broadcast studio on the eighth floor of New York’s famous Radio City Music Hall, which also featured a room for famed female dance troupe The Rockettes, and authentic art deco furnishings. However, there wasn’t an elevator, so the band were forced to lug their gear up numerous flights of stairs.

“The studio was massive, halfway in size between the two at Abbey Road,” Craig Leon recalled. “Johnny’s amp was in the Rockettes room, and we set up a metronome with a flashing light in Tommy’s drum booth in the centre, because we couldn’t get a click track to go that fast… Tommy wanted the swirling hi-hat sound that went through everything The Beatles recorded.”

Ramones’s debut album took barely seven days to complete, and came in at around a mere $6,000 in total – but they didn’t cut any corners. The band had already perfected the sound they wanted during their dry run with Marty Thau (they wanted “a duplication of their live sound with no added frills, overdubs, or gimmicks”, he recalled) so they knew exactly what they were striving for.

“It’s like early Beatles and Cream records, where the guitar is in one channel, bass is in the other, drums in the middle,” said Tommy Ramone, who co-produced the record with Leon.

“I had trouble communicating with the engineer,” the drummer added. “They’d never seen anything like us, and didn’t have much respect for us, either. I wasn’t very pleased with the vibe. Everything was rushed because it was low budget, and I had a bad cold.”

Yet while the band’s studio bill was modest, that didn’t mean they stinted on the content, and Ramones’s debut album duly presented a feast of fast, furious and fantastic music. Some of the lyrical themes were dark (not least Dee Dee’s 53rd & 3rd, which recounted tales of male hustling on the New York), but in many cases the subject matter more accurately reflected either the band’s off-the-wall taste in film and TV (Chainsaw, the CIA and spies-related Havana Affair) or their earthy, street-level sense of humour (Loudmouth, Beat On The Brat), rather than their attempts to be deliberately provocative.

“We escaped from our anger with humour”

Elsewhere, the inspiration behind arguably the album’s two key tracks showed that Ramones were only too happy to wear their 60s pop influences on their sleeve.

Dee Dee loved Scottish pop-rockers Bay City Rollers, and Tommy wanted the album to start with “a rallying song” like one of theirs. As he recalled in Hey Ho! Let’s Go, the drummer adapted Blitzkrieg Bop’s iconic “Hey! Ho! Let’s go!” chant from an unlikely source: “I was trying to think of a good rally when I remembered The Rolling Stones’ version of [Rufus Thomas’] Walking The Dog. Where Mick Jagger sings, ‘Hi Ho’s nipped her toes.’ We used to joke about that… So I went with that. I thought it would be funny.”

Tommy also wrote the glorious, Phil Spector-esque ballad I Wanna Be Your Boyfriend, in response to Dee Dee’s more negative songs, among them I Don’t Wanna Go Down To The Basement and I Don’t Wanna Walk Around With You, which expressed the group’s frustration with life. “The only positive song we had was Now I Wanna Sniff Some Glue,” Tommy recalled. “We escaped from our anger with humour. Dee Dee would write with an almost Dadaist sensibility.”

“Their huge wall of noise, it was just sensational… it changed everything”

Housed in a sleeve featuring Roberta Bayley’s now-iconic photo of the band clad in their leather jackets, ripped jeans and sneakers while leaning on a brick wall across the street from CBGB, Ramones’s self-titled debut album was first released on 23 April 1976. It’s since gone gold and enjoyed substantial critical reappraisal, but its irrepressible volley of sawn-off blasts of pop was so radically different from the norm, it met with considerable critical resistance at first. Indeed, Sire publicist Janis Schacht later recalled one Californian publication whose review described the record as “the sound of 10,000 toilets flushing”.

Nonetheless, if the band were initially feted to remain prophets without honour in their native land, they very quickly made an impact on the wider world – starting when their tour in support of the record led them to England to play two legendary shows at London venues, The Roundhouse and Dingwalls, in the summer of 1976.

“Music in the mid-70s was dire… There was Little Jimmy Osmond, David Cassidy, Barry Blue. And then Ramones came along, and all of a sudden music was fun again,” The Damned’s Captain Sensible later recalled. “When they played that gig at Dingwalls… everyone in the audience pretty much went out and formed a band.

“Their huge wall of noise, it was sensational,” the guitarist continued. “Instantly, it changed everything in my mind about what could be done.”

Check out our best Ramones songs to find out which of their debut album’s tracks still sound earth-shattering.