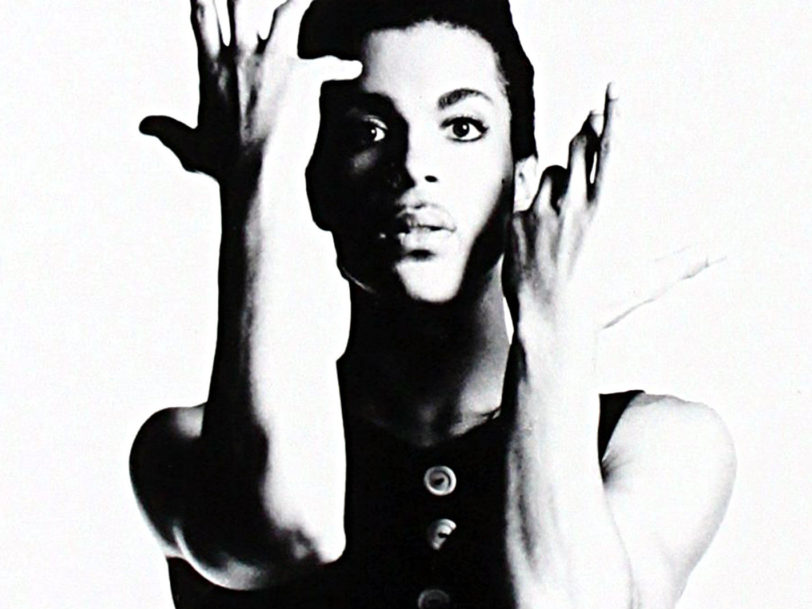 Pushing his music into uncharted territory, ‘Parade’ drew upon jazz, funk and pop to deliver ‘a celebration of his creativity’.

Prince has done Purple Rain. It’s a hit. He’s a megastar. Now he can do whatever he likes (not that he hadn’t done so before). So when it comes to following-up his iconic rock’n’roll movie, he… draws inspiration from the Jazz Age, sets it on the French Riviera, directs it himself (in black-and-white), hardly includes any musical set-pieces and has his character killed off at the end. Under The Cherry Moon may have given Kristen Scott Thomas her breakout lead role (as heiress and love interest Mary Sharon), but it fizzled like a damp cherry bomb at the box office. No matter. “I learned to direct what I can’t write,” Prince shrugged of his directorial debut. Meanwhile, the album that accompanied it, Parade, was an explosion of creativity that showered all who heard it with Prince’s ever-deepening genius, delivering a master class in how to confound expectations – not just on an album-by-album basis, but minute-by-minute on songs that masqueraded as pop but were fashioned out of an audacious blend of funk, jazz and rock.

“Prince changes all the time”

Such was the phenomenal speed with which Prince worked in the mid-80s, he had completed a first pass at Parade in just two weeks in April 1985, starting sessions before its predecessor, Around The World In A Day, had even been released. Occupying a studio at Los Angeles’ Sunset Sound facilities himself, Prince also worked on his latest side project, The Family, in a second room, and had up-and-coming Minneapolis R&B outfit Mazarati installed in a third. In different ways, both groups would end up influencing Prince’s new work, with the album’s early tracklist lacking several key songs, along with the crucial addition of orchestral arrangements by Clare Fischer.

Though Parade was the last record to be credited to Prince And The Revolution, it was, at its core, a one-man jam. During the first April session, Prince recorded its opening four songs – Christopher Tracy’s Parade, New Position, I Wonder U and Under The Cherry Moon – in a single sitting, putting down the drums with only his handwritten lyrics as a guide, before laying bass, guitar, keyboards and vocals on top. Adding strings and horns, plus vocals by The Revolution’s Wendy Melvoin and Lisa Coleman, along with Wendy’s twin sister, Susannah, would later round things off.

“Nothing makes sense. Nothing!”

As the album expanded, however, so did Prince’s sphere of influence. Turning to jazz as he sought to capture a fictional 1920s French Riviera vibe for Under The Cherry Moon, songs such as Do U Lie? drew on European chanson while Venus De Milo provided a gentle two-minute piano instrumental straight out of old Hollywood. But the jazz influence wasn’t only evident in the stylistic shifts that proved Prince was, incredibly, pushing his artistic vision even further after the epochal run of 1999, Purple Rain and Around The World In A Day. Often stripping the songs to their bare essentials, Prince abstracted his patented pop-funk with arrangements that – in I Wonder U’s spare instrumentation, monotone vocals and almost time-bending orchestral additions – set him on the path toward Sign O’ The Times, and the New York Times’ observation, in 1987, that he had “started to warp the songs themselves”.

Clare Fischer was the perfect collaborator for Prince’s ambitious new music. An orchestral arranger who had worked with Prince’s long-term favourites, the Chaka Khan-fronted Chicagoan funksters Rufus, he had initially been hired to give The Family’s album some dramatic flair. Thrilled by the results, Prince had Fischer record orchestral parts for most of the Parade material; not all of Fischer’s contributions made the final mix, but his woodwinds and horns helped make a carnivalesque spectacle out of album opener Christopher Tracy’s Parade and provided some suitably downbeat noir flourishes to Under The Cherry Moon.

Prince had perfected the “Minneapolis sound” on earlier records, using synths and keyboards in place of full horn sections. After bringing saxophonist Eric Leeds into the fold during the Purple Rain tour, however, he now wanted to make more use of live horns, and had Leeds add punctuating sax stabs to Girls & Boys. One of the few musical numbers to make it into Under The Cherry Moon, the full-band recording would also have been a shoo-in for the funkiest cut on Parade, were it not for the sure-fire hit that, remarkably, Prince almost passed up.

Having demoed a short acoustic blues he called Kiss, Prince handed the song to engineer David “Z” Rivkin, who, with Revolution bassist BrownMark, was producing Mazarati’s album in the studio next door. Overnight, Rivkin fashioned it into a juddering piece of future-funk that Prince was quick to reclaim, strip down to its seemingly gravity-defying synths and hi-hat, and release as Parade’s first single. “Nothing makes sense. Nothing! The hi-hat doesn’t make sense,” Prince later declared of the finished track’s sparse brilliance. Also inspiring one of his most effortlessly seductive music videos, Kiss hit No.1 on the US Hot 100 and Hot Black Singles charts, and went Top 5 throughout Europe and the UK.

If the transcendent ballad Sometimes It Snows In April brought Parade to a deeply affecting close – its heavy sense of loss made all the more poignant following Prince’s own death, three decades later, in April 2016 – the album effectively also included a formal goodbye to The Revolution, in the shape of Mountains. The song’s buoyant melody and dense, Eastern-tinged instrumentation – fashioned by Wendy and Lisa, Prince’s closest collaborators during the mid-80s – is prime post-Purple Rain Revolution, making room for every band member, including recent additions Atlanta Bliss (trumpet) and Miko Weaver (rhythm guitar). Played over Under The Cherry Moon’s end credits, the song – and its promo video – forever enshrined Prince’s most famous band in the musical firmament, even as he prepared to pull the curtain down on The Revolution for good.

“A celebration of his creativity”

Matching the album’s pared-back sound, Parade’s artwork was a simple but compelling portrait shot that remains one of the most striking of Prince album covers. “I was fascinated by stripped-back portraiture at the time, so I knew I wanted an image with nothing getting in the way,” photographer Jeff Katz told The Guardian, who declared the photo to be Katz’s finest work. Within three rolls of film, as Prince posed while music played from a nearby boombox, Katz knew he had the shot. “I captured exactly what I set out to achieve: something simple, dramatic and iconic. The way the delicacy of his face offsets the muscularity of his stomach and the drama of his hand gestures makes this photo special for me.”

Released on 31 March 1986, Parade confounded as much as it marvelled. The New York Times heard it as evidence of Prince choosing “to play up the black side of his multifaceted musical sensibility”, while, four years after the album’s release, Public Enemy mainman Chuck D told Select magazine that Parade “turned off a lot of the black followers”, adding, “I couldn’t understand that. People don’t want artists to endlessly repeat themselves, yet they can’t tolerate change either. Prince changes all the time.”

Hitting No.3 in the US pop chart and No.2 R&B, Parade effortlessly proved it could command both black and white markets, though its more avant-garde sensibilities arguably played better in Europe, where Prince staged a mini-tour after reluctantly performing a string of one-off, short-notice “Hit N Run” shows in the US. But as the Parade jaunt wound up in Yokohama on 9 September 1986, so did Prince’s time with The Revolution. Smashing his two iconic Purple Rain “cloud guitars” at the end of the show sent a clear message to the group that had helped him reach his greatest artistic heights. The following month, Prince let Wendy, Lisa and drummer Bobby Z go; BrownMark subsequently quit, leaving keyboardist Matt “Dr” Fink the only surviving member of the group.

“I felt we all needed to grow,” Prince reflected to Rolling Stone in 1990. “We all needed to play a wide range of music with different types of people. Then we could all come back eight times as strong.”

They never did, leaving Parade as the final album to carry The Revolution’s name and, with it, what Detroit Free Press hailed as “confirmation of Prince’s place as a superior melodist, arranger and player, as well as a celebration of his creativity”.