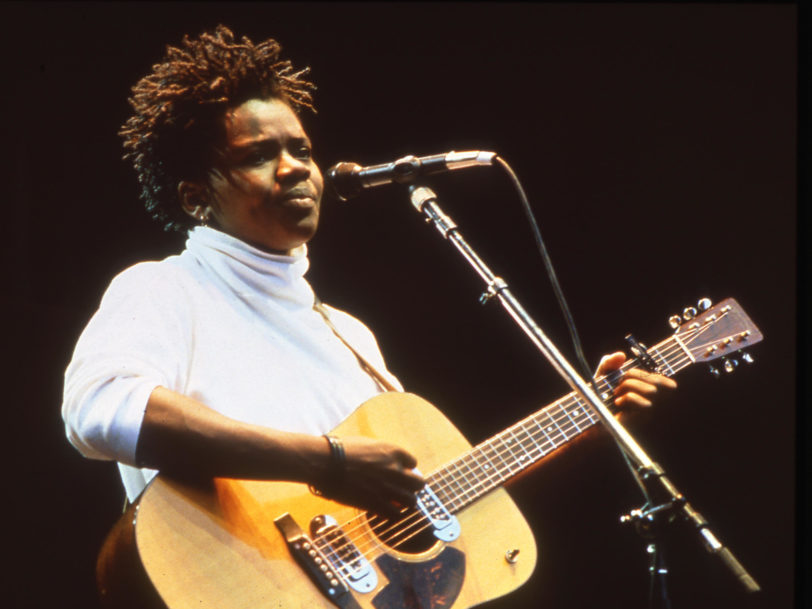 Big hair and even bigger budgets. Larger-than-life personalities and cult icons who started unlikely revolutions in their own quiet ways… The 80s were responsible for some of music’s greatest excesses and its worst fashion crimes. The best 80s albums, however, prove it was also a decade in which musicians took pop experimentation to greater heights than ever before, forging new paths for future generations to follow.

Most famous for their breakout hit, Sultans Of Swing, British rock legends Dire Straits released Brothers In Arms to critical and commercial acclaim right in the middle of the 80s. The first million-selling CD album, to this day it remains one of the best-selling albums in British history, and has sold over 30 million copies since its release.

Brothers In Arms also holds the claim of being one of the first albums recorded on Sony’s 24-track digital recording machine, a new technology at the time, landing the band a Grammy award for Best Engineered Album the following year.

Must hear: Money For Nothing

The Boss has many records that could have made our list of the best albums of the 80s, but the story behind his sixth album is fascinating. Having been inspired by the real-life stories of murderers Charles Starkweather and Caril Ann Fugate, Springsteen delved into some of the darkest subject matters of his career. Originally recording the songs solo on a four-track tape machine before bringing them to The E Street Band, it was ultimately decided that Nebraska’s subject matter was too intense to warrant full band arrangements, so the album was released as was.

For the first time in his career, Springsteen didn’t tour in support of the record. Despite this, Nebraska remains a strong favourite, and a unique entry in his huge discography.

Must hear: Reason To Believe

In 1985, English post-punk band Killing Joke released what many consider to be their strongest record. Night Time howls and squeals in ways few could do manage, creating an abrasive record that’s nevertheless filled with catchy, memorable hooks.

The track Eighties has earned some infamy for its place in the centre of a debate between Nirvana fans. Many hear similarities between Killing Joke’s song and the grunge heroes’ Come As You Are, placing Nirvana in a rather controversial position. Give it a listen and decide for yourself.

Returning from bankruptcy after a lawsuit involving her previous band, Blue Angel, Cyndi Lauper released a debut album that not only sits among the best 80s albums, but that changed pop history forever. With it, Lauper became the first female artist to score four Top 5 singles from the same album. The power of the songwriting is undeniable – especially on the timeless classics Time After Time and Girls Just Wanna Have Fun – ensuring that She’s So Unusual stands the test of time.

These days, Randy Newman is too often summed up by the beautiful You’ve Got A Friend In Me, from the Toy Story franchise. However, this legendary musician remains one of America’s most talented, hilarious and clever songwriters. For a prime example of Newman’s ability to tackle satire and sarcasm like no other artist, listen to Trouble In Paradise’s I Love L.A.

Madonna secured her title as one of the world’s greatest pop stars early on in her career. The success of her self-titled debut album was hard to match, but she managed to bag her first US No1. with the single Like A Virgin, while, under the wing of Chic’s Nile Rodgers, crafting one of the best albums of the 80s.

Finding acclaim in more niche circles, slightly outside the mainstream, the English electronic group Depeche Mode have often been underrated for their achievements. However, Some Great Reward is a fantastic record that more than earns its place among the best 80s albums; with the single People Are People, it also finally saw them receive greater attention in the US.

Must hear: People Are People

Adored around the world for their energetic and melodic approach to punk music, Pleasant Dreams is an often-underappreciated album. Receiving mixed reviews at the time of its release, today it stands strong among Ramones’ discography, and spawned one of their most famous songs, The KKK Took My Baby Away.

Must hear: The KKK Took My Baby Away

Continuing on with the theme of loud guitars and catchy riffs, it’s impossible to compile a list of the 80s best albums without mentioning Back In Black. Kicking off the decade with new singer Brian Johnson, following the tragic death of Bon Scott, AC/DC proved they weren’t going anywhere.

The drums are punchy, the guitars are loud and the vocals are screeching and intoxicating. Back In Black still stands as one of the band’s finest moments.

Must hear: Back In Black

A slight curveball, My Life In The Bush Of Ghosts regularly goes under the radar. Somewhat kicking off David Byrne’s solo career, this collaboration with famed producer and ambient-music pioneer Brian Eno uses tape loops to build a set of tracks that are funky as well as hypnotic, catchy and memorable as well as freaky.

Must hear: The Jezebel Spirit

Undeniably the biggest metal band in the world, Metallica are a sheer force of nature that storm their way into our best 80s albums list. Though their discography has, in recent years, been somewhat hit or miss, they hit a streak in the 80s that has secured their status forever.

Master Of Puppets is one of the band’s strongest albums, and its title track one of their most notable songs. Not just a consistent fan favourite, this is a great starting point for anyone just discovering the band.

Must hear: Master Of Puppets

The progressive-rock giants released their best-selling album, 90125, in 1983. After a turbulent tour led to a brief disbandment in 1980, Yes returned fairly quickly with a much more accessible, pop-oriented album than their previous records, while retaining that signature Yes style. Ushering a new phase for the band, many fans cite is as their favourite Yes album.

Must hear: Owner Of A Lonely Heart

A timeless pop album with some of the biggest songs ever released, Purple Rain turned a cult-level Prince into the world’s biggest star, cementing its place as one of the best albums of the 80s in the process. The title track overshadows the rest of album, but Purple Rain is all killer, no filler.

British New Wave band Talk Talk started as synth-pop band that took inspiration from contemporaries like Duran Duran. Growing disillusioned with their sound, frontman Mark Hollis led the band down a path of minimalist experimentation. The first album to capture this new phase, Spirit Of Eden, was not well received. However, after the band disappeared in 1991 (following the release of one more album, Laughing Stock), Talk Talk gained a cult following and newfound critical acclaim. Now considered the forebearers of post-rock, Spirit Of Eden is hailed as a classic – an absolutely beautiful listen from start to finish.

Must hear: The Rainbow

David Byrne and Brian Eno make their second appearance on this list, with Eno producing the whole of this Talking Heads album. Similar to My Life In The Bush of Ghosts, Remain In Light utilises jittery, fragmented loops to create a set of songs that are as rhythmically powerful as they are melodically engaging. Some of Talking Heads’ finest work can be found here, and Remain In Light rightfully remains hailed as one of the best 80s albums.

Must hear: Once In A Lifetime

When New Order released their first album, Movement, it was clear the death of Ian Curtis, and their former incarnation as Joy Division, still lingered. With their second album, the group stepped out of the shadows and began to forge their own identity, helping to take their label, Factory Records, into a new era in the process.

Absent from the original UK edition of the album (it was released as a standalone single), Blue Monday is one of the greatest electronic pop songs ever created – one of many New Order singles to revolutionise music in the 80s. It was slotted into the tracklist on US pressings, but the remainder of Power, Corruption & Lies is just as strong.

Though many have their gripes with the Morrissey of the 21st century, he was a unique frontman partially responsible for some of the best 80s albums. The Smiths were at their peak when they released the now-iconic The Queen Is Dead, with the whole band coming together as a unit, and a real balance being cemented between the fantastic guitar work of Johnny Marr and the Morrissey’s beautiful lyrics.

Must hear: There Is A Light That Never Goes Out

World’s apart from The Smiths, one of the era’s most gifted songwriters released reshaped the music industry when she released her self-titled debut album. The simplicity of the arrangements and the powerful subject matter made Tracy Chapman one of the 80s’ most gorgeous folk-pop records. Chapman has gone onto to influence so many artists and shape so many styles, her inclusion on our list of best 80s albums is a no-brainer.

Graceland’s released garnered a fair bit of controversy at the time, as some felt Paul Simon had disrespected the cultural boycott many artists insisted should be placed on Apartheid-era South Africa. Regardless, Simon enlisted the help of many South African musicians create one of his stand-out albums. Considered an absolute classic today, few have ever so successfully blended Americana and folk music with African rhythms and vocals.

Must hear: Diamonds On The Soles Of Her Shoes

There is no artist quite like Kate Bush. With Hounds Of Love she created a beautiful album from start to finish, with songs that rank among the strongest of her career and a fearlessness that led to some of her most fruitful experiments. It’s hard to pick an album that sums up an artist like Kate Bush, but, topping our list of the best albums of the 80s, Hounds Of Love is one of her greatest achievements.

Must hear: Running Up That Hill