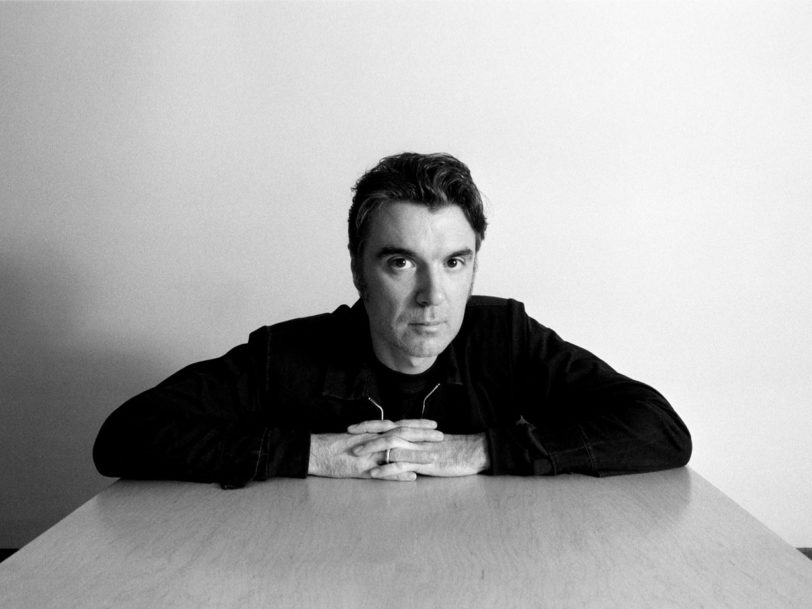 One of the most enigmatic figures in music, David Byrne has created a body of work that mixes the cerebral with the celebratory.

“No rock moves or poses, no pomp or drama, no rock hair, no rock lights, no rehearsed stage patter.” That was Talking Heads’ manifesto, according to their leader, David Byrne, in his 2012 book, How Music Works. That attitude has informed his entire career, music or otherwise. Throughout his work, Byrne has taken delight in questioning pre-conceived ideas and looking at the world in an unconventional way, from Talking Heads’ 1977 debut single, Psycho Killer – in which he inhabited the mindset of a madman with method actor-like dedication, delighting and disturbing listeners in equal measure – to the joyously innovative American Utopia live shows of the late 2010s.

Listen to the best of Talking Heads here

Byrne’s wit, restlessness, intellect and instinct for creative risk-taking made Talking Heads one of the most influential bands of the 70s and 80s. Their eight studio albums, released between 1977 and 1988, helped define alternative music, while Byrne’s work outside the group has been no less innovative.

His 1981 collaboration with Brian Eno, My Life In The Bush Of Ghosts, was a revolutionary combination of sampling, programming and live instrumentation that changed the course of electronic music. Byrne also wrote and directed the bold and strange 1986 film True Stories, while his eclectic solo albums act as snapshots of where his natural curiosity has led him at the time. He has scored films, plays and TV programmes. He founded a record label, Luaka Bop, that has brought a fantastic array of music – Brazilian Tropicália, African funk, South Indian film scores – to a wider audience. He’s written thought-provoking and playful books on subjects as seemingly disparate as music, science and cycling. He has exhibited artwork, started his own internet radio station and launched a good-news website, Reasons To Be Cheerful. He’s also collaborated on musical projects with a wide range of artists, among them St Vincent, De La Soul, Gilberto Gil, Arcade Fire, Richard Thompson and Dirty Projectors. And that’s just scratching the surface.

“I’m drawn to the mess, where people are doing crazy things”: childhood and early years

Despite being forever associated with the nascent punk scene of mid-70s New York City, David Byrne was born in Dumbarton, Scotland, on 14 May 1952. The Byrne family emigrated to Canada when David was two years old, partly for his father’s career prospects (Tom Byrne was an electronics engineer) and partly to avoid tensions caused by his parents’ marriage (his mother, Emma, was Presbyterian, his father Catholic). After relocating to the US and settling in Arbutus, Maryland, when David was eight, his love of music developed as a way of coping with what was later diagnosed as a mild form of Asperger’s syndrome, as he told BBC Radio 4’s Front Row in 2012: “When you have trouble expressing yourself socially through the normal channels, you find other ways to do that.”

Byrne graduated from high school in 1970 and began studying at the Rhode Island School Of Design, where he met future Talking Heads bandmates Tina Weymouth and Chris Frantz. After dropping out of various art-school courses and cycling through a series of short-lived musical ventures, Byrne headed for New York in 1974, in a bid to throw himself into the city’s creative scene. “I thought, No – I’m still kind of drawn to the mess, where people are doing all kinds of crazy things,” he told GQ in 2018. “I wanted to be part of that.”

“There’s no rule that says you can’t do this”: forming Talking Heads

Once they’d completed their studies, Weymouth and Frantz joined him. Byrne and Frantz had played together in Rhode Island, in a group called The Artistic, and – after failing to find a suitable bass player – convinced Weymouth to learn the instrument and join a new group they were forming. The trio rehearsed for six months before performing their first show, supporting Ramones at punk petri dish, CBGB, on 5 June 1976. Things moved fast from that point – they signed a record deal with Sire in November that year, and released their debut single, Love → Building On Fire, the following February. In March 1977, guitarist Jerry Harrison joined the group, completing Talking Heads’ classic line-up; in September, their debut album, Talking Heads: 77, was released.

Even at that point, Byrne’s songs, persona and his vision for the group set them apart. Though they’d cut their teeth in CBGB, the band immersed themselves in the richness and variety of New York’s music scene, rubbing shoulders with the doyens of experimental sound, such as Philip Glass, Don Cherry and Arthur Russell, and hitting nightspots more likely to play disco and salsa than records by their three-chord counterparts.

From the first track on Talking Heads: 77, Uh-Oh, Love Comes To Town, it was clear that the group’s diverse tastes and unique sensibilities had resulted in something original: clipped, funk-inspired guitar links; nimble basslines; and nuanced percussion – like the steel-pan flourish that first comes in at 0.54.

Byrne’s live performances further distinguished the group – over the course of the album he yelps and hollers; he’s fidgety and exalted; he’s tense and nervous and can’t relax. He wholly adopts the personas of the characters in his songs, offering alien-like observations of human behaviours with a tendency for making the everyday feel surreal and unnerving. He made no attempt whatsoever to be cool – and, in doing so, was the coolest of the lot. Self-aware, mischievous, intense and unknowable, there hadn’t been a mainstream rock frontman like David Byrne before.

“Try writing about something nobody’s written about”: breaking the rules

Developed across the string of game-changing albums that followed – More Songs About Buildings And Food (1978), Fear Of Music (1979), Remain In Light (1980) – Byrne’s lyric-writing had more in common with postmodern short-story writers than the average rock musician. As he told The Guardian in 2018, this approach was intentional from the outset: “I’m not just going to take the received technique… I thought, There’s no rule that says you can’t do this, so let’s try writing about something that nobody’s written about before.” Despite this, Byrne connected with larger audiences with each Talking Heads album, and the best Talking Heads songs – among them Psycho Killer, Life During Wartime, Heaven and Once In A Lifetime – resonated with music-lovers worldwide.

As Talking Heads’ fame and reputation grew, so did their desire to push boundaries, and they were encouraged in their endeavours by producer and regular Byrne collaborator Brian Eno. Byrne’s sense of musical wanderlust meant that, before long, influences from far and wide were assimilated into their sound, from Ghanaian highlife to hard-edged funk – broadening the horizons of both rock and pop music as they went along. And their working methods changed, too. Remain In Light was cooked up from a series of jams that had more to do with the way Fela Kuti or Can composed their material than they did the traditional singer-songwriter model that still informed most rock music.

Captivating and absurd: Talking Heads in their prime

Come 1983’s Speaking In Tongues, Talking Heads had made a mainstream breakthrough, embracing a more “pop” sound with their only US Top 10 hit to date, the brash funk of Burning Down The House, and the gorgeous This Must Be The Place (Naïve Melody), a rare example of a love song from Byrne, even if it’s a typically sideways look at that age-old subject.

They’d also become a must-see live draw, not least thanks to Byrne’s penchant for theatricality, developed during those art-school days. Jonathan Demme’s 1984 concert film, Stop Making Sense, remains an essential document of Talking Heads in their prime. The film begins with Byrne performing Psycho Killer alone on guitar, with a boombox providing the beat. With each song, band members join him as the stage is is assembled around them, providing dramatic set-pieces. With carefully thought-out camera angles and lighting – not to mention its ability to capture the sheer energy pouring off the stage – the film sets itself apart from every concert film made to that point. Eventually, Talking Heads are supplemented by extra keyboard players, percussionists and backing singers, but Byrne’s jerking figure remains the focus – most famously when he dons a ridiculously outsized suit for a spellbinding performance of Girlfriend Is Better. It’s the sort of move that only he could pull off, his instinct for the captivating and absurd writ large.

A unique worldview and unfettered creativity: beyond Talking Heads

Having dipped his toe into the visual arts, it wasn’t long before Byrne got behind the camera himself. 1986’s True Stories took the shape of a series of vignettes concerned with a small Texas town as it prepared for a festival, featuring musical scenes performed by Byrne, the cast and Talking Heads. It may not have broken box-office records, but, as an eccentric exploration of life in the US, it certainly made its mark, becoming a cult favourite and inspiring future filmmakers.

Byrne’s post-Talking Heads years have seen him follow his muse to always-intriguing effect, every project imbued with his unique worldview and unfettered creativity. It all came to a head on his most recent live show, American Utopia, captured by director Spike Lee in his 2020 film of the same name. Untethered by the usual restrictions imposed by a live show (why have one drummer stuck behind a kit when you could have six percussionists roaming the stage with mic’ed-up drums hanging from their necks?), Byrne and his incredibly talented backing band delivered a thrilling, tightly choreographed rethink of what a live show could be.