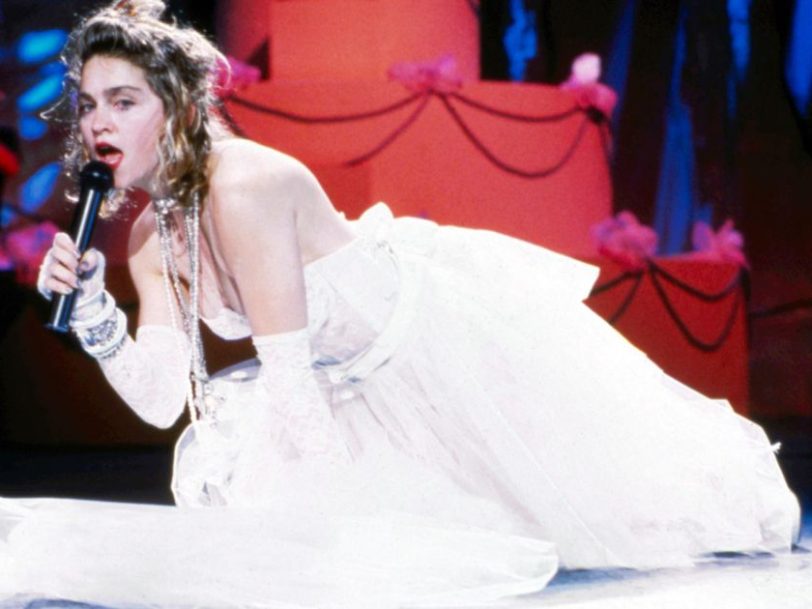 Like A Virgin: The Story Behind Madonna’s Career-Making Song

Like A Virgin was a game-changing song: its catchy pop hooks and transformative video gave Madonna her first megahit.

Provocative and populist, Like A Virgin was the song which propelled Madonna into the premiere league. The soon-to-be “Queen Of Pop”’s profile had been building steadily across 1984, with each US single performing better than the one before. With Borderline and then Lucky Star, both lifted from Madonna’s self-titled debut album, refusing to loosen their grip on MTV’s heavy rotation and pop-radio playlists, Madonna was frustrated that the fresh material she had created with producer Nile Rodgers was forced back in the schedules. The release of her second album, slated for that summer, had to be postponed until November – but she put the spare time to good use.

A controversial TV appearance: “I thought, I’ll pretend I meant to do this”

Madonna signed on for a starring role in the movie Desperately Seeking Susan and flew to Venice, Italy, to film an iconic video for Like A Virgin, which would soon do much to fuel the forthcoming song’s success. However, an early opportunity to showcase the new track at the inaugural MTV Music Awards in New York wasn’t without controversy.

In one of the most fortuitous stage mishaps of all time, Madonna lost her shoe during her performance (while descending from a towering wedding cake, naturally) and decided to ad lib some choreography in which she dropped to the floor, her wedding-dress costume riding high and flashing a bit of thigh. “I thought, Well, I’ll just pretend I meant to do this, and I dove on the floor and I rolled around,” she would tell talk-show host Jay Leno almost three decades later.

Madonna’s then manager, Freddy DeMann, was worried the stunt would backfire, but audiences were mesmerised, and Madonna emerged as the most talked-about performer of the night. It set the single up perfectly. When Like A Virgin was finally issued, on 6 November 1984 (almost two months after the ceremony), it became the most-added track to US radio that week, storming into the Billboard charts at No.48. Just five weeks later it was at No.1, going on to enjoy six weeks at the summit – the first in a game-changing run of Madonna No.1 singles.

An instinct for hit songs: “It’s so catchy it stayed in my head for days”

Madonna’s smart instinct for hits was clearly early evidenced by Like A Virgin’s phenomenal impact. Initially, however, producer Nile Rodgers liked the melody but was less convinced by the song’s lyrics. He would soon shift position, realising that Like A Virgin was one of the best Madonna songs to date[https://www.thisisdig.com/feature/best-madonna-songs/]. “I couldn’t get the song out of my head,” he told Billboard. “I said: ‘You know, Madonna, I really apologise because, if it’s so catchy it stayed in my head for four days, it must be something. So, let’s do it.”

Writers Billy Steinberg and Tom Kelly, later behind US chart-toppers True Colors (Cyndi Lauper) and So Emotional (Whitney Houston), hadn’t even written the song with Madonna in mind. It was just one of a batch they played to Michael Ostin, then a senior member of Warner Bros’ A&R department. By chance, Ostin had a meeting scheduled with the up-and-coming artist the next day, to discuss her second album, and he could sense a strong fit. He says Madonna seized on Like A Virgin’s potential on first hearing.

The song’s promo video, directed by Mary Lambert, saw Madonna perform on a Venice gondola, while there were smart references to her creative roots in New York City. It commanded a relatively big budget for an artist yet to score substantial international success, but the buzz was building, and Warner Bros was confident both the song and the singer had something. The clip’s flirty, high-energy spirit perfectly matched the hook-heavy synth fizz of the track, which is now regarded as one of the best 80s songs.

A caricature to ever-provocative icon

Named after the all-conquering single, the Like A Virgin album would go on to sell by the million, and its title track would establish Madonna worldwide almost overnight. In the UK, the single was unlucky to be up against the toughest festive competition of all time – both Band Aid’s Do They Know It’s Christmas? and Wham!’s Last Christmas/Everything She Wants were out that same December – but it still made it to No.3 in the race for the UK’s coveted Christmas No.1 spot.

Madonna now says she had little understanding of the impact that Like A Virgin and its follow-up, Material Girl, would have. For years, their playful caricature framed her as one type of artist but, in typical form, she increasingly presented that image back to audiences in ever-provocative ways. From the start, Madonna’s pop instinct was perfectly in tune with the public, but her sense of humour was way ahead.