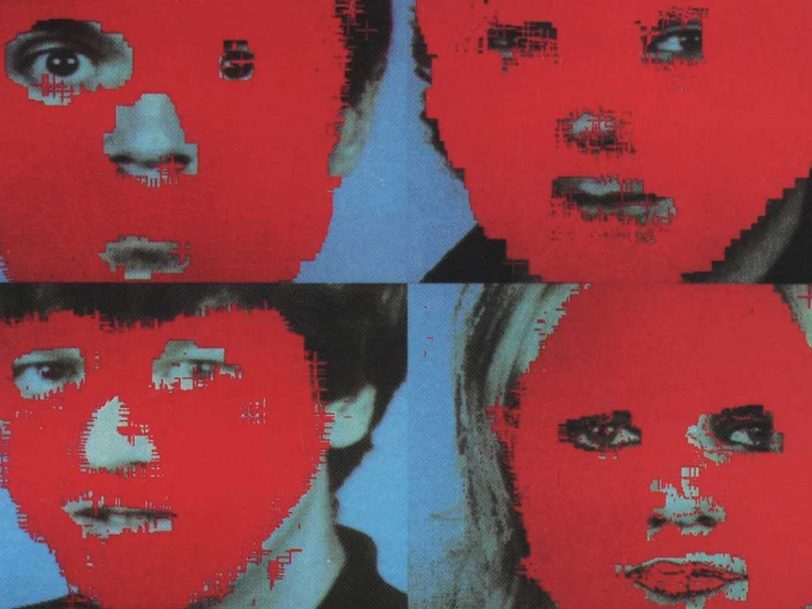 Taking them ‘far beyond what people expected’, ‘Remain In Light’ was Talking Heads’ thought-provoking call to the dancefloor.

Recorded in the summer of 1980, Remain In Light is the sound of Talking Heads rejecting the working methods of mainstream rock music and following their impulses to make a danceable experimental album that, improbably, became their biggest success yet.

Listen to ‘Remain In Light’ here.

How did they get there? There’s a telling passage in drummer Chris Frantz’s 2020 autobiography, Remain In Love, in which he remembers his confusion when Rhett Davies (who had recorded and mixed the group’s 1978 album, More Songs About Buildings And Food) announced he was leaving the recording sessions after just three days: “When I asked him why, Rhett said, ‘Every time you play something that sounds like it could be a hit, Brian [Eno, producer] says it sounds too commercial and nixes it. You could be a great pop group but he won’t allow you.’ Well, we were in accord with Brian. We loved pop music, we really did, but now we were interested in creating sounds that would take us deeper and far beyond what people had come to expect from us.”

The foundations had been laid by their previous album, 1979’s Fear Of Music, in particular its opening track, the Afrofunk-inspired heavy groove of I Zimbra. Following that album’s release, the group’s individual members took some time away from Talking Heads, with singer David Byrne collaborating with Brian Eno on the hugely influential My Life In The Bush Of Ghosts, and Frantz and bassist Tina Weymouth embarking upon a long Caribbean holiday, where they soaked up musical influences that would inform the band’s next move.

While Byrne was initially reticent to make another Talking Heads album, Frantz, Weymouth and guitarist Jerry Harrison began jamming in Frantz and Weymouth’s New York City loft. The music that emerged excited them enough to invite Eno and then Byrne over for an informal session, thus getting the band together without the pressure to create. Frantz remembers those jams fondly: “The sound we were creating was a little bit art school, a little bit modern, and had a healthy dose of swinging African and Afro-American polyrhythms.”

Having toyed with the process on previous albums, Talking Heads now fully embraced a collaborative working method in which songs were worked up from improvised jam sessions, with Eno effectively a fifth member and Byrne enthusiastic about stepping back from his dominant songwriting role to ensure the group were treated as equals.

Studio time was booked at Compass Point, a facility in the Bahamas where they had recorded More Songs About Buildings And Food. Once ensconced in the studio, the group began to work up the fragments and themes they’d initiated in their loft jams, embracing an adventurous working method, as Frantz recounts: “My personal challenge and Tina’s was to conceive and perform rhythm parts that not only grooved like crazy and propelled the song forward, but that also sounded shockingly new… Because there was no predetermined song structure or lyric, we had no idea where the verses and instrumental sections might be. So Tina and I created parts that were loops performed live. Then David and Jerry could superimpose their parts over ours. It was a very exciting process that required a lot of forethought. We could not simply revert to the tried-and-true chord progressions and familiar chords of rock and roll.”

The album that emerged was just as groundbreaking. The jerky funk of Born Under Punches (The Heat Goes On) kicks things off, the band locked in an irresistible groove while Byrne hollers lyrics about government oppression and the Watergate scandal. Crosseyed And Painless follows. A more conventional funk-meets-post-punk number which sees the band put their foot on the accelerator from the off, the unrelating nature of the music is tempered by the song’s drifting, dreamy choruses. The pace is maintained by the fast-moving, horn-embellished afrobeat of The Great Curve, a track lifted by the tribal call-and-response of its chorus.

“We haven’t really stopped to ask ourselves, ‘How did I get here?’”

Remain In Light’s second half begins with one of the band’s most iconic moments. Once In A Lifetime worked as a thought-provoking look at life in the 80s as much as it did a floor-filling hit that wound its way to the Top 20 of the US dance chart. Bryne himself has suggested the song implores the listener to take stock of their lives: “We’re largely unconscious. You know, we operate half-awake or on autopilot and end up, whatever, with a house and family and job and everything else. We haven’t really stopped to ask ourselves, ‘How did I get here?’” Ironically, considering the band’s intention to become more of a democracy, and the song’s origins in a rhythm-section jam, it’s the track that did the most to make Byrne a star, its iconic video and his performance of the song in the concert film Stop Making Sense cementing his public persona.

Elsewhere, the itchy funk of Houses In Motion sees Byrne continue to ask the big questions of capitalism in the 80s, playing the part of a narrator increasingly disillusioned with the quest for material wealth. Seen And Not Seen is a musical balm, with ethereal washes of keyboard that jar with the vocal – Byrne robotically performing a poetic monologue about a man looking for validation by changing his appearance and personality to fit with ideals he sees in society. Listening Wind sees the band again pushing their sound into new areas, with a treated drum pattern underpinning snatches of samples and waves of sound effects as Byrne tells of a foreign terrorist planning and carrying out a bombing of US colonialists. Remain In Light’s Closing song, The Overload, is a funereal dirge allegedly inspired by descriptions of Joy Division which Talking Heads had read without actually hearing the Manchester band. It makes for a haunting pay-off.

Released on 8 October 1980, Remain In Light attracted widespread critical praise as it entered the US Top 20, and it is now considered one of the key rock records of the 80s. Though it didn’t quite unify the group as intended, it proved that Talking Heads were unrivalled in their ability to push musical boundaries and provoke thought while leading the listener to the dancefloor. It remains their most beloved album – same as it ever was.

Check out our best Talking Heads songs to find out which ‘Remain In Light’ tracks still shine bright.