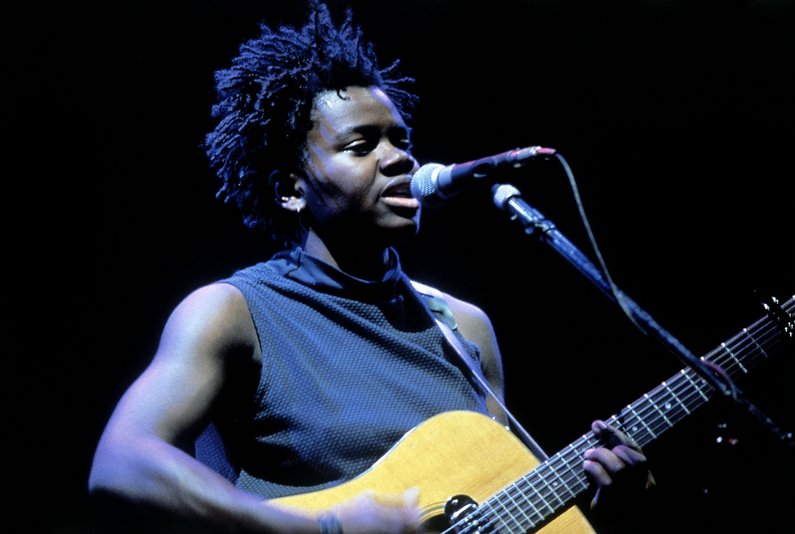 Fast Car: Behind The Song That Drove Tracy Chapman To Fame

With her debut single, Fast Car, Tracy Chapman emerged as a new kind of voice for socially-conscious songwriting.

There exists a mere handful of society-challenging songs that truly span the generations. Some might look to the white classic-rock veterans – Bob Dylan, The Times They Are A-Changin’; Buffalo Springfield, For What It’s Worth – for their fix, but in the late 80s a black singer-songwriter from Cleveland sold millions of records just as the sun was coming down on hair metal, and grunge began its rise to dominance. Thanks to her time-stopping 1988 hit, Fast Car, Tracy Chapman emerged as a new kind of voice for socially-conscious songwriting.

“There’s no need to explain the songs”

On 27 March 2021, Chapman shared a question on social media, taken from a message she’d received from a fan: “In Fast Car, is she just telling him to live his live and staying with him or actually leaving him?” Almost 1,000 people responded on Facebook, with replies ranging from personal anecdotes to lyrical analysis. The answer is, of course, down to the individual listener, but that did little to satisfy fans still heavily debating the meaning of the song 30 years after its release.

Released on 6 April 1988, Fast Car remains Tracy Chapman’s biggest success, and is one of the most recognisable songs in the world. The first single unveiled from Chapman’s groundbreaking folk-rock debut album, it hit No.6 in the US and No. 4 in the UK, before receiving two Grammy nominations and an MTV Video Music Award nomination the following year. Thanks to its impact (along with the rest of her self-titled album), Chapman also won the Best New Artist, Best Contemporary Folk Album and Best Female Pop Vocal Performance Grammys.

Fittingly, Fast Car’s impact largely came after Chapman performed at the tribute concert held in celebration of South African President Nelson Mandela’s 70th birthday on 11 June 1988. After a hard disc containing Stevie Wonder’s Synclavier recordings was misplaced, Chapman – who had already performed that day – was hurried back onstage at London’s Wembley Stadium to fill the gap. Singing Fast Car and Across the Lines in front of an estimated 80,000 people – not to mention a global TV audience of 600 million – Chapman silenced a restless crowd who watched on in awe as a new talent claimed her place in history. Just two weeks later, her debut album had sold an extra 1.75 million copies.

The concert was perhaps the best possible platform for the then 24-year-old singer. Mandela, who had garnered worldwide recognition for his struggles against apartheid, had inadvertently shone a spotlight on an exceptionally gifted young woman singing about her own battles.

Chapman, however, has never been one to look for attention. Most of her interviews detail her apparent shyness – at least upon first meeting – and the singer openly distances herself from fame, fortune and stardom. As cliché as it may seem, she lets the music do the talking. “There’s not anything to say to this mass of strangers that’s significant or not superficial,” she told Rolling Stone’s Steve Pond in 1988. “So I generally don’t say anything, and it bothers people… but there’s no need to explain the songs.”

Yet a lack of an explanation only reinforces natural curiosity, and there’s something about Fast Car that inspires all. Enveloped in a warm, orange glow of nostalgia and aspiration, it also has a sense of urgency, offering a reminder that even the wildest dreams must come to an end. To break the cycle of poverty – the one Chapman so excellently portrays in the song – is no easy feat, but her lyrical prowess seems effortless. The homeless shelter the song’s characters live in isn’t painted as a drab and despairing residence; it’s merely mentioned in passing, as if Chapman assumes her listeners know what she’s singing about. It pays off, allowing Fast Car to focus on the characters’ human strengths.

Not for a moment does Fast Car feel inauthentic. Chapman is like the angel on the shoulder, sympathising with missed opportunities or being stuck in a Groundhog Day-esque nightmare. And it’s soothing, knowing that someone with the ability to silence a stadium, or be met with wonder and awe in a music studio, has the same hopes and dreams as everybody else. Ultimately, that’s one of the reasons Fast Car was met with such universal praise; here was a fresh-faced new artist taking their first steps into fame, and doing so with little more than an acoustic guitar and a humbling appetite to preach her very own sign o’ the times.

At its core, Fast Car emphasises folk values – staunchly working-class, triumphantly social and traditionally anti-authoritarian. But that notion is superseded by the song’s humanist elements, which come together to forge one of those few timeless pop songs whose magical touch it’s impossible to put a finger on. In the end, it might just come down to that simple guitar melody. Capturing the irrevocable spirit of human longing – not materialistic yearning or unattainable desire – it hints at how we can all be greater than the sum of our parts.

Find out where Tracy Chapman’s debut ranks among our best 80s albums.