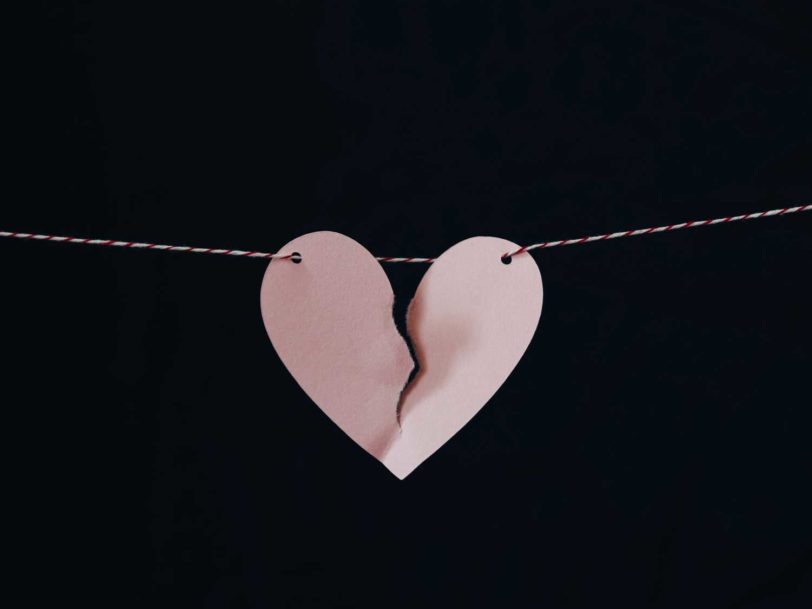 Channelling pain and telling us it will all be OK, the best breakup albums see musicians laying their souls bare in order to soothe ours.

Each of our lives has a unique soundtrack, chronicling both the good and bad moments. And while we all know “breaking up is hard to do”, music has always there to help us get through it. The best breakup albums are essential listens for anyone with a broken heart.

Listen to our Love Songs playlist here and check out our ten best breakup albums, below.

One of the best breakup albums of the 70s, Carole King’s Tapestry is mélange of soft rock and jazz that weaves together the highs and lows of life in order to create a deeply personal album. So Far Away deliberates on the strains of a long-distance relationship (both physically and emotionally) while It’s Too Late discusses how, sometimes, relationships just don’t work (“One of us is changin’, or maybe we just stopped tryin’”). King’s jazz leanings allow her to not only express emotion lyrically, but also musically. The piano becomes an extension of her body, with syncopation creating tension in the underlying melody while the free-form horn and guitar solos organically express the things that go unsaid – the musical equivalent of a flickering flame that ultimately burns out. Avoiding anger or bitterness, it’s a breakup song that acknowledges the pain but also recognises that it’s important to remain optimistic. In You’ve Got A Friend, meanwhile, Carole King reminds us that, should love go wrong, she will always be there for us, in the form of Tapestry.

Must hear: It’s Too Late

In The Wee Small Hours’ album cover a depicts Frank Sinatra alone under a street lamp, a cigarette burning in his hand – a hint at the contemplative nature of the album as a whole. The song Deep In A Dream finds him unfolding a beautifully heartbreaking vignette full of vivid imagery: as he falls asleep in his chair, the plume of smoke from his cigarette fashions a stairway for his past lover to descend into his dreams, where they can be together again. Unexpectedly, that same cigarette burns him awake – a perfect metaphor for the blistering pain of a breaking heart. A number of Sinatra albums could take their place among the best breakup albums of all time, but, exploring how life without love lacks magic, In The Wee Small Hours clinches it. From Nelson Riddle’s weepy string arrangements to Ol’ Blue Eyes’ sombre crooning, it encapsulates the miserable experience of breaking up.

Must hear: Deep In A Dream

From singing with the force of a storm to caressing the lyrics with the softness of a gentle breeze, Linda Ronstadt displays ultimate power and control over her voice on Heart Like A Wheel. Opening track You’re No Good is perfect for when you’re ready to release your anger: in this soulful song, Ronstadt uses strategic grit and vibrato to create a sense of frustration in the lines “I learned my lesson, it left a scar/Now I see how you really are/You’re no good”. It serves as a reminder to not dwell on someone who didn’t treat you right. Elsewhere, the grief-stricken ballad It Doesn’t Matter Anymore finds the title acting as a palliative phrase to help you move on, while, in true country fashion, Faithless Love has a self-reflexive strain: “Faithless love, where did I go wrong/Was it telling stories in a heartbreak song?” As Ronstadt processes her emotional reaction to love gone wrong, listeners benefit from the sorrow in her voice. With numerous examples of how the best Linda Ronstadt songs can heal a broken heart, Heart Like A Wheel gracefully engages with multiple genres, including blues, rock and country.

Must hear: You’re No Good

An incredibly honest album on which Alanis Morissette reveals her deepest secrets, Jagged Little Pill is full of sarcasm, eye-rolls and angst – not least on You Oughta Know, which finds her choking back tears to sing “I want you to know, that I’m happy for you”. Moved by anger, she interrupts her ex’s date to remind him of all his injustices – a moment that many romantic comedies have since enjoyed dramatising. One of the best breakup albums of the 90s, Jagged Little Pill also includes the mega hit Ironic and is brought to a close by the hidden track Your House. A melancholy a cappella tune, the song finds Morissette breaking into her ex’s house in order to feel close to him again. “Went down to the den/Found your CDs/And I played your Joni”, she sings – which is a fitting way for us to introduce…

Must hear: You Oughta Know

Joni Mitchell’s Blue reflects on her experiences of loss and metamorphosis through song, and sees her singing about her deepest sources of regret, from putting her newborn daughter up for adoption, to feelings of homesickness and failed relationships. Like Elizabeth Gilbert’s book Eat, Pray, Love in album form, Blue finds Mitchell examining her travels as a way of getting back in touch with herself. In California she sings of wanting to get back to The Golden State after experiencing life in Paris, where she felt isolated; on a Greek island, where a man gave her back her smile; and Spain, where she got a suntan. The album ends with the moody The Last Time I Saw Richard, in which she sits alone in a dark café. Though it’s a gloomy song, there is a glimmer of optimism as Mitchell sings “Only a dark cocoon before I get my gorgeous wings/And fly away”. One of the best breakup albums of all time, Blue tells us that the struggles of heartbreak are necessary in order to appreciate the beauties of freedom.

Must hear: A Case Of You

Always trying to slip out of any attempts to define him, Bob Dylan bared his soul on Blood On The Tracks, written in response to his split from his first wife, Sara. From the melancholic Simple Twist Of Fate to the scathing Idiot Wind, Dylan envelops the listener in his grief and fury, with the likes of Simple Twist Of Fate telling the story of a man idly wandering while romanticising a relationship that could have been. From abstract narratives to standard blues structures and evocative imagery (You’re A Big Girl Now’s “I’m going out of my mind/With a pain that stops and starts/Like a corkscrew to my heart/Ever since we’ve been apart”), Blood On The Tracks features a variety of styles of breakup song, each one so painfully honest it’s as if Dylan’s own veins form the vinyl’s grooves, the needle cutting as it turns.

Must hear: Simple Twist Of Fate

Original vinyl pressings of Eagles’ 1975 album, One Of These Nights, immediately made a case for its inclusion among the best breakup albums of all time. With side one featuring an etching that reads “Don’t worry –”, and side two continuing, “– Nothing will be O.K.!”, the album itself presents a sombre portrait of the aftermath of a breakup. One of the best Eagles songs of all time, Lyin’ Eyes tells the tale of a woman cheating on her “rich old” husband with “a boy she knew in school”, Glenn Frey’s melancholy vocals cutting straight to the heart as he sings, “Ain’t it funny how your new life didn’t change things?” In Take It To The Limit, the group provide the perfect song for picking yourself up again: with a forlorn falsetto, Randy Meisner sings of life on the road, where relationships never really work out. Amid climactic orchestration and harmonies, he hits impressively high notes at the end, repeating, “Take it to the limit, one more time” – a reminder to persevere, even when we get knocked down. With Eagles’ Southern-soaked harmonies, slick guitar solos and Don Henley’s heartbeat-like timekeeping, One Of These Nights provides the perfect post-breakup escapism.

Must hear: Take It To The Limit

Written around the time of her professional breakup with Porter Wagoner, Dolly Parton’s 1974 album, Jolene, features two of the most heartbreaking songs of all time. Country music, with its roots in the blues and folk traditions, captures the deepest of emotions, and in Jolene’s title track, Parton created a brutally realistic song about everyone’s worst fear: being left for someone else. Elsewhere, I Will Always Love You resonates profoundly – whether you’re the one leaving, or the one being left – with Parton speaking the perfect departing words: “And I wish you joy and happiness/But above all of this/I wish you love/And I will always love you”. Walking the line between heartbreak and happiness, and distilling a relationship into a “bittersweet memory”, Jolene hit No.6 on the US Hot Country Albums chart, but stands as one of the best breakup albums in any genre. With her inexplicably angelic voice, Parton guides us through emotions that are often too difficult to put into words.

Spirit In The Dark’s opening track, Don’t Play That Song, expresses the power music can have when you’re falling in – and, ultimately – falling out of love, examining how a song that once brought someone so much joy now causes feelings of anger at the realisation that her partner lied when he said he loved her. With an artful interpretation of BB King’s bluesy The Thrill Is Gone, Franklin laments how life seems so much more dull without her lover in the picture, while Pullin’ drags listeners towards feeling better about moving on and Oh No Not My Baby encapsulates feelings of denial that can accompany the finality of breaking up. One of the most influential black musicians of all time, Franklin had the unique and cathartic ability to pierce your heart with her vocals, hurt you with her lyrics and make her piano shake you to the bone. She elicits hidden emotions and makes you feel the ache until you move on, making Spirit In The Dark the perfect breakup album.

Must hear: Don’t Play That Song

Recorded while Fleetwood Mac’s personal relationships were on the rocks, Rumours tops our list of the best breakup albums. Epitomising the very concept of the breakup record, it was written while Stevie Nicks and Lindsey Buckingham were in the middle of splitting-up, Christine and John McVie were divorcing, and Mick Fleetwood was in the process of leaving his wife, rock muse Jenny Boyd. As such, Rumours’ boasts many of the best Fleetwood Mac songs – all in conversation with each other. Stevie Nicks’ ethereal Dreams takes a philosophical approach, hinting at the psychological guilt of Edgar Allan Poe’s A Tell-Tale Heart in the line “A heartbeat drives you mad”, and creating a mantra to quell her own broken heart: “Thunder only happens when it’s raining/Players only love you when they’re playing”. Lindsey Buckingham’s furious Go Your Own Way, meanwhile, lays it all out with the line “Packing up, shaking up’s all you wanna do”. It’s a pleading, stream-of-consciousness song that says, “If I could, baby, I’d give you my world,” while also asserting that he’s done with her. Shouting at each other in harmony offers catharsis for both the singers and listeners, while Buckingham’s scathing guitar solo sees him further playing out his frustrations. Yet while their personal lives were in disarray, Fleetwood Mac knew that one thing remained: the core value of the band would “never break the chain”. Making beauty out of pain has always been the role of the artist, and, in the case of Fleetwood Mac, they transmuted all their heartache into Rumours. 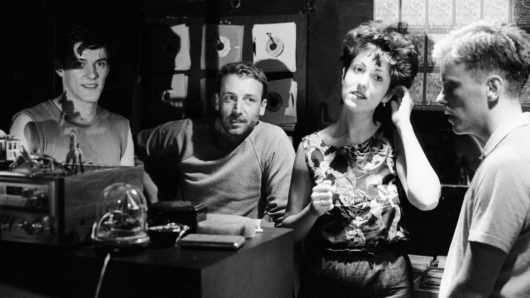 Think you already have the lowdown on this influential Manchester band? Here are ten New Order facts that may surprise you… 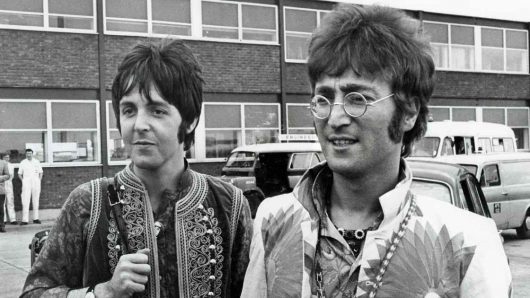 Best Songwriters: 20 Great Artists Who Have Soundtracked Our Lives

Penning timeless songs that have lasted the ages, the world’s best songwriters continue to inspire all who follow in their footsteps.