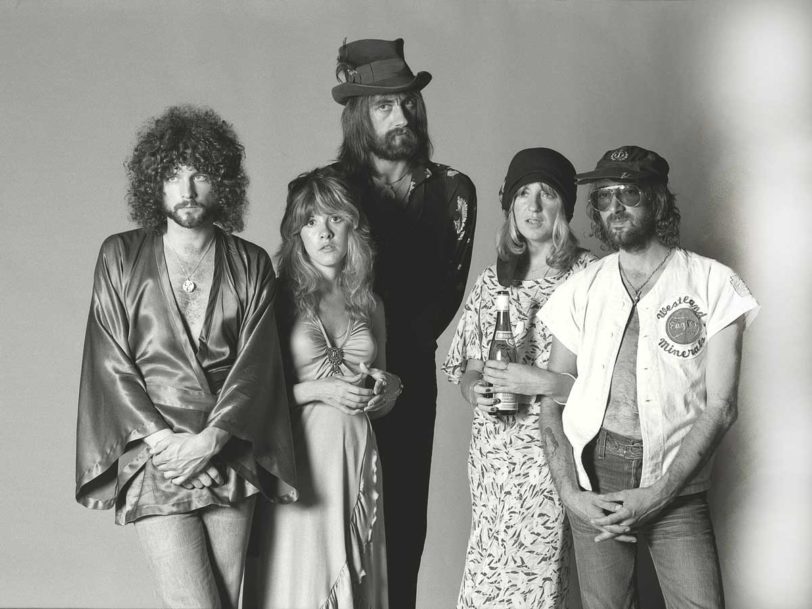 Best Fleetwood Mac Songs: 20 Classics That Dreams Are Made Of

Formed in 1967 by guitarist and principal creative force Peter Green, and adding Mick Fleetwood on drums, John McVie on bass and Jeremy Spencer on guitar, Fleetwood Mac started out as a British blues band but quickly branched out, dabbling in the psychedelia of the day. After Green suffered a tragic breakdown, a succession of guitarists, including Danny Kirwan and Bob Welch, took the helm; the group’s commercial fortunes waned but they produced some unsung gems of albums. Adding keyboardist and vocalist Christine Perfect, followed by vocalist Stevie Nicks and guitarist and vocalist Lindsey Buckingham, in the mid-70s, Fleetwood Mac’s fortunes changed dramatically. The best Fleetwood Mac songs from this era came to embody the excesses of 70s rock’n’roll, while the group produced a string of huge-selling albums packed with glossy, harmony-packed soft rock.

They’ve sold over 120 million records worldwide, with their 1977 blockbuster, Rumours, shifting over 45 million copies on its own. And, as September 2020’s viral Dreams TikTok showed, their songs continue to win new over new generations of music fans while influencing musicians everywhere.

Here, then, are our 20 best Fleetwood Mac songs.

By the time Rumours was being recorded, Christine and John McVie’s relationship had deteriorated to the point where the newly-divorced couple were no longer on speaking terms. In typical Fleetwood Mac fashion, Christine wrote Don’t Stop to draw a line under the relationship and try to reassure her ex-husband that better times were on the horizon (“All I want is to see you smile/If it takes just a little while”). From tough times came a sunny pop-blues singalong that brimmed with optimism. It grew into a live favourite and was even used as Bill Clinton’s campaign song for the 1992 US presidential election.

After founder member and leader Peter Green left the band in May 1970, the creative reins were passed to guitarists Danny Kirwan and Jeremy Spencer for a series of transitional albums in which the Green-era blues-rock took a back seat and Christine McVie joined the group. Kiln House was the first album featuring the new line-up, and the Beatles-esque Jewel Eyed Judy, which flits between dreamy verses and rollicking choruses, shows that Kirwan was a songwriting force to be reckoned with.

Peter Green’s final recording with Fleetwood Mac is an uncompromising glimpse into his increasingly distressed state of mind – not just one of the best Fleetwood Mac songs, but one of the rawest UK Top 10 singles of all time. According to Green, it was inspired by a dream he had in which he was visited by a green dog, representing the money that success had brought him. The guitarist went about giving his earnings away and poured his angst into this heavy blues, adding unhinged solos and spooked wailing to create something wild and monumental.

Whatever the millions who’d bought Rumours expected from its follow-up, the title track and lead single of Tusk was almost certainly not it. Despite being a percussion-heavy track with eerie melodies that sounded more like the soundtrack to an arcane ritual than a radio smash, the single quickly established itself as one of the best Fleetwood Mac songs, reaching the Top 10 in both the UK and US. The song was indicative of Lindsey Buckingham’s desire to push the envelope – infamously, he and Mick Fleetwood overdubbed layers of unconventional percussion, including hitting lamb chops and a Kleenex box, and even recruited the University Of Southern California’s Trojan Marching Band to provide extra heft (as documented in the single’s video). Somehow it all worked on one of the most unusual, daring and infectious Fleetwood Mac songs.

The first single released by the Buckingham and Nicks-bolstered line-up, Over My Head is a gorgeous example of Christine McVie’s knack for writing instantly familiar and comfortable-sounding songs that flow as easy as water, with a lyrical sting in the tail. Her Hammond B3 organ gives a real sense of warmth on one of the group’s most soulful singles.

Rumours’ opening track wasted little time in plunging the listener into the soap opera-like drama unfolding during the album’s recording sessions. It begins with Lindsey Buckingham seemingly resigning himself to the end of his relationship with Stevie Nicks before switching to a more spiteful and bitter tone (“One thing I think you should know/I ain’t gonna miss you when you go”). Inspired by Bee Gees’ Jive Talkin’, Buckingham’s take on the disco sound of the time was a restless, guitars-round-the-campfire version, with a disposition sunny enough to offset the lyrical storm clouds.

The only song credited to all five members of the Rumours line-up, The Chain was pieced together by Buckingham from disparate parts of other songs, and has become emblematic of the musical bond that kept the group together through tumultuous times. It starts as an ominous-sounding, wispy blues before a huge chorus ups the ante (“If you don’t love me now…”). But the show-stealer is the extended instrumental coda, taken from Christine McVie’s demo, Keep Me There, and starring John McVie’s iconic bass riff.

Tusk’s emotional centrepiece was apparently pared down from a 16-minute version to the six-and-a-half minutes eventually released (a longer take can be found on the expanded reissue of the album). One of the best Fleetwood Mac songs penned by Stevie Nicks, it remains a thing of vulnerable wonder, with Nicks recounting lessons of love, loss and life in a near-stream-of-conscious fashion over a gently melancholic groove.

Fleetwood Mac’s most sparkling moment, the bittersweet, Balearic-tinged pop of Christine McVie’s Everywhere was the third huge hit from Tango In The Night (following Big Love and Little Lies). A dizzying evocation of the feeling of helpless devotion, Everywhere quickly became one of the group’s most beloved songs, and it still resonates today.

Another episode in Rumours’ romantic drama, You Make Loving Fun saw a rejuvenated Christine McVie, having moved on from ex-husband John, make a swooning declaration of love to her new partner. In that respect, it’s a rare beam of light among the lyrically bitter and despairing songs the group were largely recording at the time. It’s set to a treacle-thick groove that calls to mind mid-70s Steely Dan before a sky-scraping chorus brings some much-needed optimism to the album.

Apparently due to time constraints, Stevie Nicks’ requiem for her relationship with Lindsey Buckingham was removed from the Rumours tracklist without Nicks being consulted first. She was furious – and it’s easy to see why. Beautifully raw and emotionally draining, Silver Springs easily stands among the best Fleetwood Mac songs. It was eventually released as the B-side to Go Your Own Way, but its sheer power and potential for drama meant it became a concert staple. Just check out live clips to see the impact on Buckingham as Nicks sings the chorus (“I’ll follow you down until the sound of my voice will haunt you/You’ll never get away from the sound of the woman that loved you”) directly at him.

According to a 2017 interview with People, this beautiful ballad came to McVie fully formed: “I woke up in the middle of the night and the song was there in my brain, chords, lyrics melody, everything. I didn’t have anything to tape it on. So I had to stay awake all night so I wouldn’t forget it and I came in the next morning to the studio and had [producer] Ken Callait put it on a two-track.” Callait loved the song and had McVie record it solo, spotlit and surrounded by flowers on the stage of Zellerback Hall, in Berkeley, California, to create the feel of a concert. The results were stunning. “When Christine played Songbird grown men would weep,” said John McVie later. “I did every night.”

Released over two sides of a 7” single, the first part of Oh Well is a blistering blues workout with tongue-in-cheek lyrics – a fine showcase for Peter Green’s dazzling and inventive playing. The second part, meanwhile is a long and dramatic, flamenco-inspired guitar-led instrumental. Together they demonstrate the fantastic versatility of the Green-era Fleetwood Mac. And, again, the song was an enormous commercial success, reaching No.2 in the UK singles chart.

As the band’s success grew, so did their taste for reckless living. The simmering and seductive Gold Dust Woman sees Stevie Nicks address the growing problem at hand, as she told Spin in 1997: it “was really my symbolic look about somebody going through a bad relationship, and doing a lot of drugs, and trying to… just make it, trying to live, trying to get through it to the next thing”. It inspired a fantastic performance from the group, closing Rumours on a foreboding but intoxicating note.

Still Fleetwood Mac’s only UK No.1 single, this lush and becalming instrumental can stop listeners in their tracks. Peter Green was inspired by Santo & Johnny’s Sleep Walk and Eric Clapton’s guitar playing on a Bluesbreakers performance of Jimmy Rodgers’ The Last Meal. Albatross would go on to inspire none other than The Beatles, with George Harrison attempting to recreate the reverb-heavy tone on Abbey Road’s Sun King.

Back in 1974, Stevie Nicks and Lindsay Buckingham had yet to join Fleetwood Mac; their sole album as a duo had flopped and Nicks was waitressing to make ends meet. With Landslide she spoke of her doubts and fears about their relationship, wondering aloud if she’d made the right decision in building her life around her partner, and setting it to a reflective, folky backdrop. One of the best Fleetwood Mac songs from this transitional era, it ended up being a huge factor in the success of Fleetwood Mac, Nicks and Buckingham’s first album with the band, thus securing success beyond her wildest dreams.

The song that both proved a commercial breakthrough for the new Fleetwood Mac line-up and shaped the image of Stevie Nicks as a mystical force of nature. Inspired by Mary Leader’s novel, Triad, which tells the story of a woman being possessed by a figure from Welsh mythology, Nicks concocted a tale of an enchanting goddess over a smouldering, slick soft-rock backing.

It’s staggering that Peter Green was just 22- years old when he wrote Man Of The World, such is the deep sadness in its grooves. It’s a cry for help that was sadly overlooked, even though the tender beauty of his guitar playing says just as much about his condition as his lyrics (“I just wish I’d never been born”). Green would leave the group the year after its release, but songs like this ensure his talent is never forgotten.

During writing sessions for Rumours, Lindsey Buckingham used his and Stevie Nicks’ deteriorating relationship as inspiration for a tempestuous and seething song about an impending break-up. Inspired by The Rolling Stones’ Street Fighting Man, Go Your Own Way was an aggressive shift from the soft-rock found on 1975’s Fleetwood Mac. Still, a blockbusting chorus, harmonies that sweeten the blow and a bristling energy ensured the song became a huge hit and a cathartic highlight of their live shows.

Topping our list of the best Fleetwood Mac songs, their only US No.1 single to date essentially told the other side of Go Your Own Way’s story. But whereas Buckingham’s take was a bitter send-off, Nicks’ is considered and reflective, as she explained: “Lindsey is saying go ahead and date other men and go live your crappy life, and [I’m] singing about the rain washing you clean. We were coming at it from opposite angles, but we were really saying the same exact thing.” It’s a yearning slice of polished, radio-friendly rock that refuses to age, winning the hearts of each new generation of music fans. 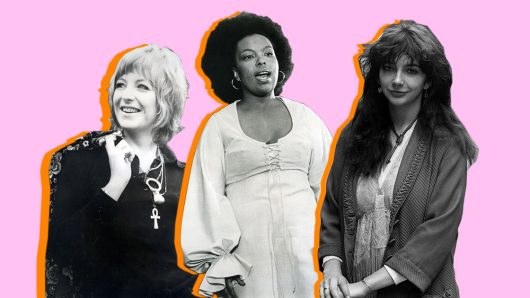