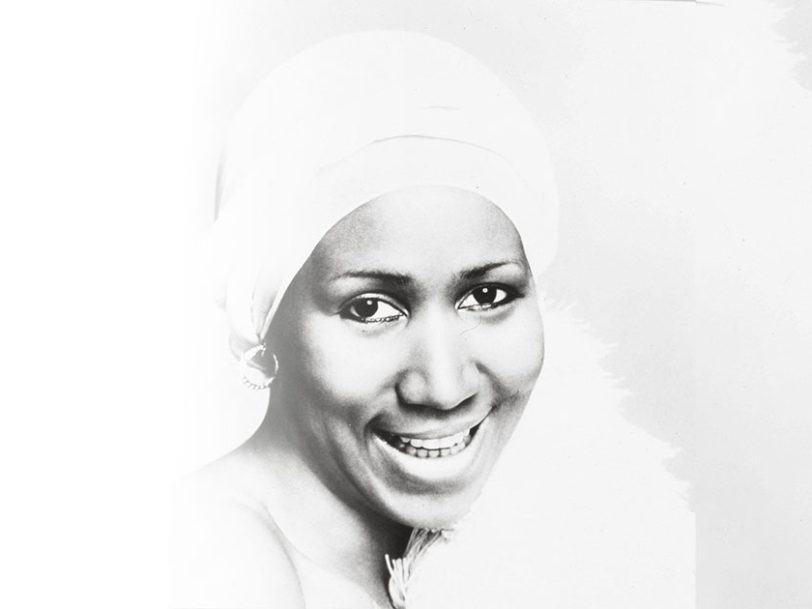 ‘Spirit In The Dark’: How Aretha Franklin Shone A Light On Her Soul

A conceptual triumph, ‘Spirit In The Dark’ is a deeply personal album on which Aretha Franklin asserts her dignity in love and in society.

When the words “concept album” are used, they tend to evoke images of prog rock’s expansive fantasias. But Black music of the 60s and the 70s was also alert to the possibilities of lyrical and compositional unity: Marvin Gaye, Stevie Wonder and Parliament/Funkadelic all explored this territory. And so did Aretha Franklin, whose powerful yet subtle meditation on contemporary Black womanhood is explored to its fullest – and most conceptually complete – on 1970’s Spirit In The Dark album.

Listen to ‘Spirit In The Dark’ here.

“We all did it together with a certain approach”

Aretha drew from her own songwriting, the lyrics of her sister Carolyn Franklin, and other powerful Black contemporary writers to build a picture of how the personal and political are always intertwined. She dug deep into her own past as a young woman; she explored a recent unhappy relationship; and she looked to a liberated future with a new partner and a new child. “Spirit In The Dark was an album that had its own cohesion, because we did it all together with a certain approach,” producer Jerry Wexler has reflected, adding that it was one of a few Aretha Franklin albums that “were really what you would call ‘concept albums’”.

Franklin had, so far, fit a lot into her few short years at Atlantic Records. There had been the statement of intent that was the I Never Loved A Man The Way I Love You album, the enormous Soul ’69, and the near-flawless Aretha Now. Atlantic had offered her the space to develop as a fully rounded artist, composer and pianist, as well as showcasing that superlative voice. By the time of Spirit In The Dark, Franklin felt comfortable and secure in both her success and the trust Atlantic placed in her decisions.

A looping, urgent catharsis of a corrosive relationship

Spirit In The Dark found Franklin newly free of the complicated, chaotic – and, by some accounts, abusive – partnership with her first husband. “My relationship with Ted White was beyond repair,” she wrote in her 1999 autobiography, From These Roots. “We agreed to divorce.” Franklin’s matter-of-fact description of the relationship’s end belies Spirit In The Dark’s emotional truth. Franklin chose The Thrill Is Gone (From Yesterday’s Kiss), originally recorded by BB King, to express her break from that love’s demons. The looping, urgent repetition of the word “free” throughout is her most overt catharsis of the corrosive marriage.

Free she was, and she had begun a new relationship with Ken Cunningham (who she nicknamed Wolf). She met him in Miami and found him “genuine, unfull of shit, compassionate and giving”. Franklin also credits Wolf as an influence on her evolving look – growing out her eyebrows, embracing her natural Afro hair and dressing in a more overtly proud Black way. The optimism that Franklin felt when she was around Wolf is clear in Spirit In The Dark’s songs of devotion, particularly her treatment of That’s All I Want From You.

But the album isn’t simply an expression of the now. Part of Franklin’s concept for the record involved digging into her own history to examine how love and relationships change and evolve – or not. Most obviously, there’s Try Matty’s, which is ostensibly about “a hot soul-food hangout on Dexter in northwest Detroit. Some of the best ribs you’ve ever wrapped your lips around,” as she describes it. But the song also contains darker lines such as, “Try Matty’s, when you can’t go home.” As a young girl who first became pregnant at age 12, Franklin once described that moment when she realised her condition: “that particular time of the month didn’t come as usual. I started humming and sweating the outcome.” It’s not surprising to think that staying out, rather than facing her family, would have been an attractive option.

“It’s very, very personal and I don’t want to get into it”

Her baby’s father was a boy she nicknamed Romeo, and she danced and skated with him in a local joint, the Arcadia. Franklin’s choice of cover versions on Spirit In The Dark reflects this time. “When I was a kid, I’d skated to Dinah Washington’s That’s All I Want From You at the Arcadia,” she recalled. “I loved that song. When I sang it on Spirit, my mind went back to those couples-only songs when Romeo of the rink and I would back-skate all hugged up.” Don’t Play That Song, the album’s opener, underlines the ongoing echoes of past music that rumble throughout the years.

Spirit In The Dark’s steamy title track, a self-penned masterpiece, is perhaps the most mysterious moment on the album, and it remains one of the best Aretha Franklin songs. “Hmmm, that’s one I’d rather not talk about,” she said of the song in an interview with Ebony magazine. “It’s very, very personal and I don’t want to get into it.” The building, call-and-response performance, as well as the song’s title, suggest Franklin’s gospel performances. But Spirit In The Dark, as her evasive response to its subject suggests, is not about the holy spirit – which Franklin was never shy in discussing. Instead, it fuses the sacred and profane, thematically anticipating Madonna’s Like A Prayer song in its earthy connotations of spiritual ecstasy.

A fearsome spirit, living in a world that remained dark

The bulk of Spirit In The Dark was recorded in Miami, Florida. While the Muscle Shoals musicians who had been such a part of her sound to date appeared on some tracks (which were recorded slightly earlier, in New York City), Franklin also worked with a collective of musicians known as The Dixie Flyers. In addition, she uses a number of other female voices on the album, including the absolutely wonderful Sweet Inspirations. The additional vocals on Pullin’ (co-written with her sister Carolyn) are anything but “background”; their intensity equals Franklin’s own.

The “Queen Of Soul” closes out Spirit In The Dark with another BB King cover – this time, her brilliant, almost brutally short, funk treatment of Why I Sing The Blues. As Franklin sings, she links her personal heartaches with wider African-American experiences: “I don’t want my kids growin’ up to be no fools/You keep rappin’ to me, y’all ain’t got no room in schools.” Franklin had always been clear-eyed in seeing how white society dampened the life chances of Black people, and knew that this systemic discrimination started from birth.

Released on 24 August 1970, Spirit In The Dark is a conceptual triumph, the strong cry of a Black woman asserting her dignity in love and in society. Aretha Franklin was that fearsome spirit, living in a world that remained in the dark.

Find out where Aretha Franklin ranks in our link to best female soul singers piece when live.