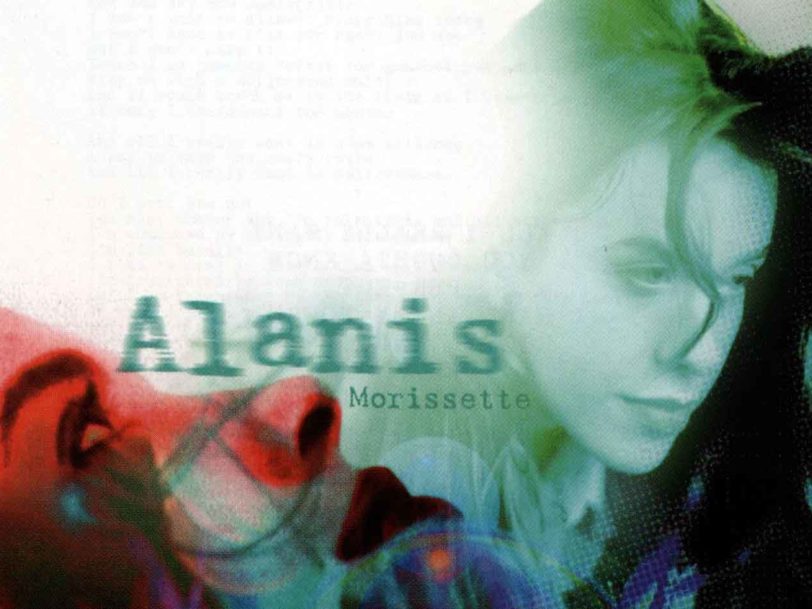 A remarkable album that asserted the creative rights of women everywhere, ‘Jagged Little Pill’, brought Alanis Morissette to the world.

From Frank Sinatra’s In The Wee Small Hours to Fleetwood Mac’s Rumours and Joni Mitchell’s Blue, and on to records by Taylor Swift (Red) and Lorde (Melodrama), the breakup album has long been a standard feature of pop music. In 1995, however, Alanis Morissette released arguably the breakup album to end all breakup albums: Jagged Little Pill. Spirited, liberated and full of rage, Morissette’s mainstream debut instantly became a symbol of independence for young women – and still stands as one to this day.

Having gained relative fame in Canada after releasing two albums there as a teenager, Morissette found herself in search of a new recording contract that would help take her to an international audience. Her debut album, Alanis, had gone platinum in her home country, and with the encouragement of a new manager, Scott Welch, Morissette moved out of her parents’ house in Ottawa and relocated to Canada’s capital city of Toronto.

The 19-year-old singer’s talent was swiftly recognised by Glen Ballard, a songwriter and producer who had worked Michael Jackson’s Thriller, Bad and Dangerous albums. Believing in Morissette’s potential, Ballard invited Morissette to use his studio, and the pair began working on what would become her career-defining album.

Writing Jagged Little Pill was cathartic for Morissette, who finally found herself able to express her coming of age through more mature imagery, adventurous lyrics and less conventional sounds. The singer spent months flying back and forth between Canada and Los Angeles to record the album with Ballard, and she later recalled spending just 30 minutes writing each song, while all her vocals were captured in one or two takes. The result was a chaotic yet authentic representation of her life at that time.

Equipped with two finished tracks, You Oughta Know and Perfect, Morissette and Ballard approached a number of record companies in search of an album deal. Though initially rejected by all the majors, an undeterred Morissette continued writing songs until a representative from the relatively new label Maverick Records, co-founded by Madonna, got in touch. With the support of Maverick behind her, Morissette finished up a year’s worth of recording and, on 13 June 1995, Jagged Little Pill became her first internationally released album.

The labels that passed on the album may have found the singer’s success a bitter pill to swallow. Shortly after the record dropped, lead single You Oughta Know – propelled in part by guitar and bass contributions from Red Hot Chili Peppers’ Dave Navarro and Flea, respectively – was released in all its rage-filled glory. A heavy, spiteful-sounding song that found Morissette openly chastising an ex-lover, it was picked up by LA’s trendsetting alt-rock radio station KROQ which sent the album skyrocketing in the charts while also thrusting Morissette into the spotlight.

Eventually, six of the album’s 13 tracks would be picked as singles in Canada and the UK (the US had to make do with just three), ensuring that Jagged Little Pill rode the airwaves for a year and a half. A subtler follow-up to the abrasive You Oughta Know, Hand In My Pocket used fuzzy, distorted guitars to create a softer-sounding song filled with bursts of optimism. Demonstrating Morissette’s versatility, it became her first No.1 in Canada.

The defining song of the album – and arguably of Morissette’s career – followed in February 1996. Establishing her legacy as a writer of catchy yet intense pop songs with sophisticated lyrics, the ironically un-ironic Ironic presented a string of laughably bad-luck moments, creating an anthem for those times when it feels like the odds are stacked against you. Morissette’s frustration with the world resonated with audiences around the globe, as the song went Top 10 in 12 countries on its way to being certified platinum in the UK.

Now truly established on the world stage, Morissette opted to release a more personal cut, You Learn, as Jagged Little Pill’s fourth single. An uplifting pop-rock track from which the album’s title was taken, it offered her fans reassurance and a reminder that everything happens for a reason. A likely influence on the song was Morissette’s experience of being robbed at gunpoint in the street while recording Jagged Little Pill, an event that caused her to start suffering from panic attacks and anxiety. Turning that into an expression of sincere, soul-baring energy helped fans warm to both the album and Morissette herself – something she compounded with Head Over Feet, a rock ballad which revealed a more vulnerable side as she sang fondly of a lover.

Jagged Little Pill’s final single brought things full circle. Released in December 1996, the grungy All I Really Want reminded listeners of Morissette’s rock capabilities as she howled the lyrics in her signature impassioned style. Eighteen months after the album’s release, Morissette had shown off the full scale of her talents, purely within her singles.

A trailblazer for creative freedom

Containing such rich material, it’s no surprise that Jagged Little Pill was heavily acknowledged at award ceremonies, winning in four categories at the Grammys alone: Best Female Rock Performance, Best Rock Song, Best Rock Album and Album Of The Year. Praised by critics and fans alike, the album also topped the charts worldwide, going multi-platinum in many countries and even hitting diamond status in the US.

Having sold 33 million copies since its release, Jagged Little Pill’s impact is undeniable – as is Morissette’s status as a trailblazer for the creative freedom of women. Modern pop icons such as Katy Perry and Kelly Clarkson have credited her as an inspiration, stating that Jagged Little Pill helped shape them as musicians, and the album has gone on to inspire both an acoustic re-recording by Morissette and a stage musical based on its songs. With Morissette also undertaking a world tour in support of its 25th anniversary, it’s clear that Jagged Little Pill remains as potent as ever.