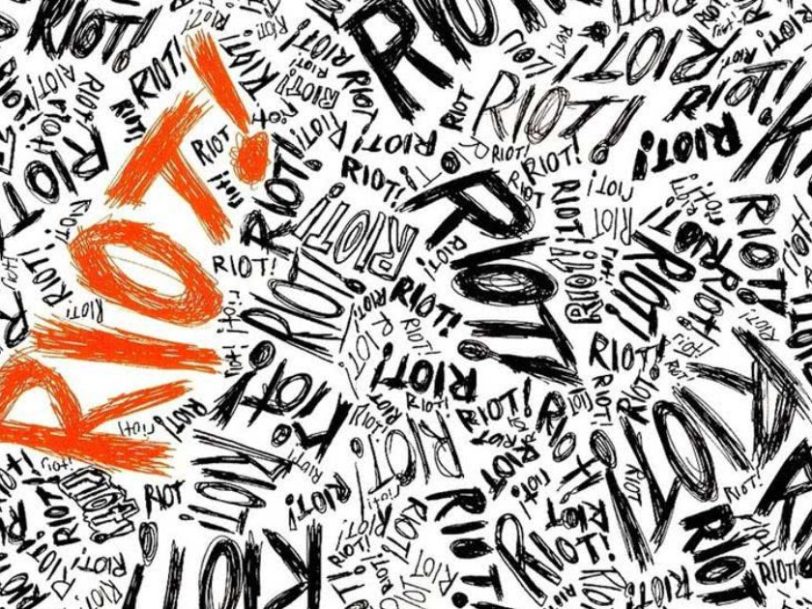 Though Paramore were still just teenagers upon its release, their ‘Riot!’ album would change the course of emo and pop-punk as we knew it.

With one album, thousands of road miles and accolades in the music press under their belts, Paramore were already looking like veterans of the pop-punk and emo scenes in 2007. The fact they were all still teenagers belied the songwriting prowess already demonstrated by, in particular, frontwoman Hayley Williams in the run up to the release of their second album, Riot! While the band have made much of the fact that they are just that – a band, as their leader scrawled on T-shirts, Blondie-style – there’s no escaping that it’s Williams who set Paramore apart from anything else in the scene in the mid-2000s.

“You know what? There hasn’t been a girl in rock for so long”

Until that point, emo and pop-punk was dominated by the likes of Fall Out Boy and Panic! At The Disco. There was plenty of superficial appeal about these groups for female fans – they were essentially marketed as boy bands with guitars. But for those who dug a little deeper, the lyrical content of their music could increasingly be perceived as unwelcoming to females – a breeding ground for misogyny, even, given the propensity for painting women as lying cheats. Not that Williams was intimidated by any of that. Even at 17 years old – as she was during the early gestation of Riot! – she knew who she was, where she wanted to go and exactly what it would take to get there.

The industry surrounding the band, too, saw a gap in the market. “I listened to [Paramore’s debut album] All We Know Is Falling, and I thought Hayley was sensational,” Riot!’s producer, David Bendeth, told Billboard in 2017. “There was a song on there called Emergency and I thought [it] was really good. I was like, you know what? There hasn’t been a girl in rock for so long. There were lots of pop girls, Britney Spears and everything else, but there were no rock girls.” It was a hole that Williams knew exactly how to fill.

Williams was a young woman who had all the pop sensibilities of Britney Spears or Taylor Swift but was too edgy for the mainstream. Some drew parallels to Avril Lavigne, but where the Canadian songstress appeared to have been stylised for the MTV crowd, there was far more authenticity to the Paramore frontwoman. What’s more, it was the then teenager’s creative vision that fed into the Riot! concept.

But Paramore aren’t a band for whom image is more important than substance. Each member was 100 per cent focused on the music to the point that typical teenage distractions were rejected for the sake of spending every waking moment perfecting their craft. And it’s a skill they learned so quickly and so meticulously that any opportunities to work with external songwriters were rendered fruitless. Despite their infancy, Paramore were compelled to follow their own creative vision. And their youthful exuberance was in the driving seat. Williams knew from the outset that the theme would be a riot, but not in the literal sense of the word. This one would be the party to end all parties.

Speaking her truth in a male-dominated scene

It’s a vibe that breathed a renewed vigour into a rapidly stagnating scene. From the album’s opening track, For A Pessimist, I’m Pretty Optimistic, it’s wall-to-wall spunky pop-punk with bouncing choruses and stadium-sized “woah-oah” singalongs. And that’s exactly what Riot! was written for; with thousands of touring miles already under their belts, it was in the live arena that Paramore shone. The massive chorus of That’s What You Get was a sure-fire crowd-pleaser, and there’s nothing more righteous than a fists-in-the-air Hallelujah to scream along to.

What’s more, fans saw themselves in pop-punk’s new pint-sized princess. Williams carried a world-weary cynicism of someone well beyond her teenage years and wasn’t afraid to speak her truth in a male-dominated scene. The themes running through Riot! – the heartbreak of an unfaithful crush, feeling lost navigating a path to adulthood – may seem rudimentary, but from the pen of Williams, an avid reader and incredibly literate for her age, it all managed to avoid cringy clichés. There was something both liberating and cathartic for teenage girls hearing the words “No sir/I don’t wanna be the blame, not anymore/It’s your turn to take a seat/We’re settling the final score” when, up to that point, they’d seen women portrayed as the antagonist in pop-punk and emo narratives. They would no longer take it.

A place where fans belonged

But with youth and free rein for complete artistic freedom came a misstep Williams would rectify later in life. Full of teen angst directed at a girl who badly treated someone who later became her boyfriend, the popstress raged, “Once a whore, you’re nothing more/I’m sorry that will never change,” on Misery Business. Though in 2018 an older and wiser Williams vowed to never again play the biggest single from Riot!, it didn’t hurt sales of the album.

Upon its release, on 12 June 2007, Riot! debuted at No.20 on the Billboard 200, selling 42,000 copies in its first week of release. As the band’s popularity surged, the album climbed to No.15 three months later. To date Riot! has sold three million copies in the US alone.

With Williams’ distinctive style and her band’s punchy angst-pop, Riot! had all the youthful bravado of a group carving their own place in the world. Paramore were the new kids on the emo block. But, more importantly, they were a band with whom fans found a place they belonged.

Find out where Hayley Williams ranks among our best female singers of all time.