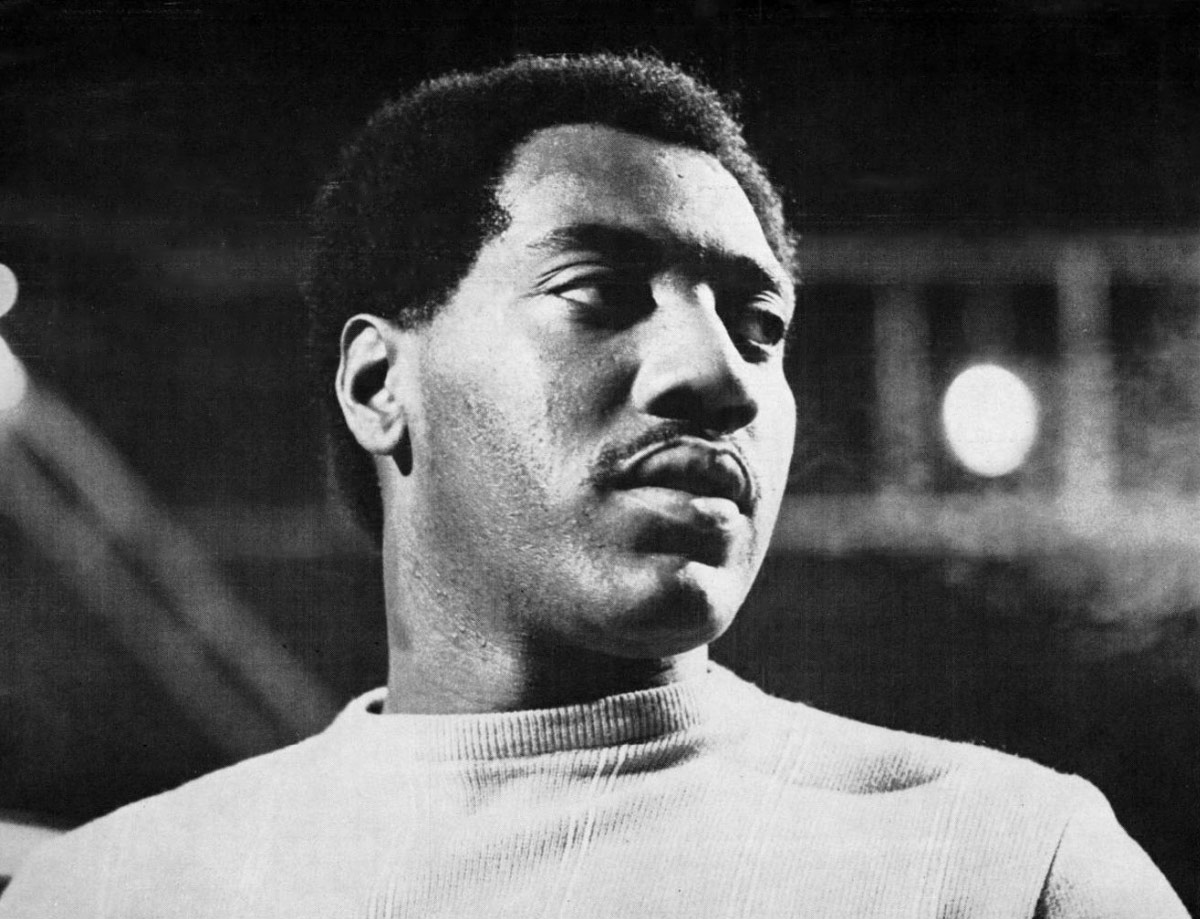 (Sittin’ On) The Dock Of The Bay: How Otis Redding Sang His Own Elegy

With (Sittin’ On) The Dock Of The Bay, Otis Redding hit upon a new type of soul – one his shockingly early death left unexplored.

It was beautiful. It was reflective. It was heartfelt. It was a global hit. But it’s impossible to say what (Sittin’ On) The Dock Of The Bay might have meant for Otis Redding. This classic song marked a change in direction for him, but his tragic death, at the age of 26, robbed us all of the chance to discover exactly where he was headed.

On the verge of a breakthrough

Otis Redding was the heartbeat of Stax Records, the Memphis label famed for bringing Southern soul to the wider world. He had scored a string of Top 30 pop hits in the US, and the second of his two 1965 albums, Otis Blue/Otis Redding Sings Soul, went Top 10 in the UK and was regarded as a classic among critics who did not normally consider soul music a serious art form.

Throughout 1967, Otis was making inroads among the hippie audience, who appreciated that this suit-wearing, ball-busting performer was bringing no-holds-barred soul power to them. Didn’t he blow away the crowd at Monterey Pop, the most important festival in the world, pre-Woodstock? Like the mod kids in the UK a couple of years earlier, the hippie crowd found Otis’ authenticity and life force irresistible. He was on the verge of a breakthrough no soul artist had achieved and was about to become a rock star without compromising one iota of his integrity. The question was: did he have a song that would thrill both his burgeoning new audience and his keep-the-faith soul fans?

Otis was enjoying a remarkable year. His duet album with Carla Thomas, King & Queen, released in March 1967, became his highest-charting US album so far. He was socking it to Europe through spring on the Stax-Volt European tour, before heading home to play US dates – including Monterey Pop, where Otis closed Saturday night’s show. His performance was a revelation to California’s flower children – among them Jefferson Airplane, Grateful Dead and Jimi Hendrix – bringing them a taste of true soul. Satisfied with his weekend’s work, Otis headed north to chill on a houseboat in Sausalito, where he started writing a song that would prove a bittersweet high point of his career.

Inspired by the boats coming into Waldo Point and Richardson Bay, Otis wrote the first verse of a mellow and gentle new tune, but it needed work. He knew he had something, and as soon as he returned to Memphis, he called Steve Cropper, Booker T & The MGs’ guitarist and Otis’ regular writing partner, telling him: “I’ve got a hit.” Otis would normally chill out after a flight, but his excitement took him straight to Stax’s studio to work on the song. Cropper added some lyrics and knocked it into shape. The result was an unusual acoustic sound, as laidback as someone sitting watching the ships on the bay – even if some of the lyrics had a hard edge: “I can’t do what ten people tell me to do,” Otis sings.

“He was changing his style”

One of those offering advice was Stax’s marketing executive Al Bell, who sagely noted that, in order to reach the next level of success, Otis would need to shake off his reputation as simply a soul man by releasing a record with broader appeal. “I suggested we could call it Soul Folk,” Bell later told Rolling Stone. The star absorbed his advice and Cropper noted Otis’ mood shift: “Absolutely he was changing his style,” the guitarist said. Otis was growing more intrigued by the possibilities of the recording studio, and drawing influence from psychedelic rock; he had always been open to influences from the rock’n’roll world, even covering The Rolling Stones’ (I Can’t Get No) Satisfaction on Otis Blue/Otis Redding Sings Soul.

After breaking for an operation on his throat, Otis was in the Stax studio through much of November, cutting around 30 tunes. One of them was (Sittin’ On) The Dock Of The Bay. Cropper and the soul superstar worked through the song on an acoustic guitar, influencing the easy feel of the finished record, which was less obviously R&B than Redding’s previous singles. The whistling that made the hard-grafting Otis sound like a guy just idling was performed by Otis himself. Cropper said the singer whistled because he forgot the words he was going to use as a planned “ad lib”. Outtakes included one where he fluffed his whistling and burst into guffaws; in another, he impersonated a gull. Completing the song on 7 December, it give the impression Otis has all the time in the world. The truth was shockingly different.

“One of the hardest things I ever had to do”

Otis Redding died just three days later, on 10 December 1967, when his plane, flying him back from a gig, plunged into a lake outside Madison, Wisconsin. The next day, Stax label boss Jim Stewart told Cropper that Atlantic Records, Stax’s distributor, wanted to rush-release a single as a tribute to the singer. So, two days after his friend had passed, a reluctant, grieving Cropper was back in the studio completing (Sittin’ On) The Dock Of The Bay, adding sound effects of breaking waves and gulls cawing. It took 24 hours to mix the record; Cropper later called it “one of the hardest things I ever had to do”. He did Otis proud: (Sittin’ On) The Dock Of The Bay was released on 8 January 1968 and hit No.1 in the US. It was Otis’ first million-selling single; it’s a crying shame he never got to see it.

Singing his own eulogy

Soul music was changing. If (Sittin’ On) The Dock Of The Bay was, as Al Bell had envisioned, “soul folk”, the Stax executive’s new signing, The Staple Singers, would deliver that concept in full: their first album at the label was 1968’s Soul Folk In Action. Stax also issued a psychedelic soul single on 1 February that year, Eddie Floyd’s powerful Big Bird, which the singer had written in tribute to Otis while waiting for a plane to fly him home for Otis’ funeral. It was Otis’ idea for psych-influenced soul writ large.

There were more musical elegies to Stax’s lost hero, including William Bell’s sincere A Tribute To A King. But there was no greater tribute to Otis Redding’s huge talent than (Sittin’ On) The Dock Of The Bay itself. It remains a classic song, an eternal reminder of this soul icon – and rock star to be – cut off in his prime.