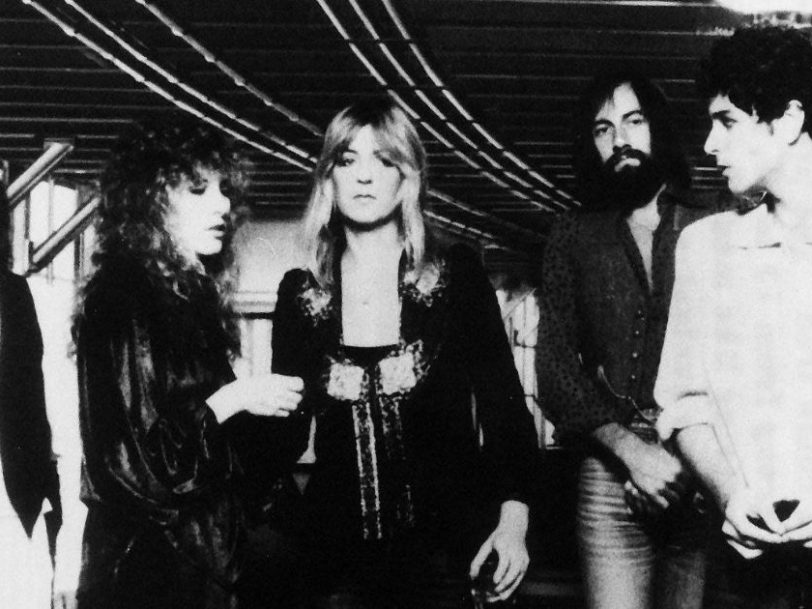 Go Your Own Way: How Fleetwood Mac Made The Ultimate Breakup Song

Penned by Lindsey Buckingham, Go Your Own Way was an anguished ode to separation that became one of Fleetwood Mac’s biggest hits.

Released as 1976 came to a close, Go Your Own Way was a fitting choice for the lead single from Fleetwood Mac’s soon-to-be-ubiquitous 1977 album, Rumours. Not only was the song a potent, radio-friendly distillation of everything its parent album had to offer, but as a powerful, emotional breakup anthem with a searingly direct chorus, it spoke of the tension within the band itself – an endlessly fascinating story that, to this day, remains a dramatic and captivating sidenote to the music.

Listen to the best of Fleetwood Mac, here.

“It was the beginning of my having a dialogue with Stevie”

Since Lindsey Buckingham and Stevie Nicks joined the band, in 1975, Fleetwood Mac had turned a corner, with their self-titled album, released later that year, proving a commercial slow burner. By the time work on Rumours began, the world was eagerly anticipating a new Fleetwood Mac record, but, as Buckingham told the Song Exploder podcast in 2019, his fractious relationship with Nicks meant the group were having a tumultuous time behind the scenes.

“We had this idea to take a break from the road, and to rent a house for like a week or so in Florida, and start working on some material for the album,” the guitarist recalled, adding that Go Your Own Way was the first song to be written for the new record.

“Really, it was the beginning of my having a dialogue with Stevie, who had been my lover and musical partner pretty much through the time that the first album was made, and we were sort of on-again, off-again, on-again, off-again,” he continued. “But, by the time we got to Rumours, she had, sort of, split. And Go Your Own Way was written almost as a stream of consciousness… I sort of was coming to terms with the fact that I may not be over this person and, at the same time, I’m aware that I’ve got to accept what’s happened and move on. I don’t think there was ever any worry in my mind about trying to mask who I might have been talking about.”

“He really pushed my buttons through that”

Buckingham didn’t pull any punches, using the song’s lyrics to accuse Nicks of moving on too soon – something which Nicks herself took great offence to, as she told Rolling Stone in 1997: “I very much resented him telling the world that ‘packing up, shacking up’ with different men was all I wanted to do… He knew it wasn’t true. It was just an angry thing that he said. Every time those words would come onstage, I wanted to go over and kill him. He knew it, so he really pushed my buttons through that. It was like, ‘I’ll make you suffer for leaving me.’ And I did.”

Those vitriolic lyrics were matched by one of Lindsey Buckingham’s best vocal performances. As he explained to Song Exploder: “There’s a lot of oomph behind the lead vocal in Go Your Own Way because there was a lot of resolve behind the subject matter. I was feeling a lot of that subject matter as being something I was living. And so, it was a bit cathartic to get that vocal out. It was a way of exercising certain hurts.”

“He did a great job, and the song took off”

Musically, too, Buckingham was determined that the recording would capture the emotional state in which he had written the song, and so he took the lead in the studio, as Rumours producer Ken Calliat remembered in his book, Making Rumours: The Inside Story Of The Classic Fleetwood Mac Album: “I remember watching him guide Mick [Fleetwood], drummer as to what he wanted – he’d be so animated, like a little kid, playing these air tom fills with his curly hair flying. Mick wasn’t so sure he could do what Lindsey wanted, but he did a great job, and the song took off.”

Released on 20 December 1976, not only did Go Your Own Way take off – it’s yet to come in to land. The hit that launched the huge-selling Rumours album, it also provided a dramatic set-piece to the group’s live shows and, today, remains one of the best Fleetwood Mac songs of all time, continuing to find a place in the hearts of new generations of music lovers. As for Nicks and Buckingham? We wouldn’t rule out the possibility of them performing it together again one day…