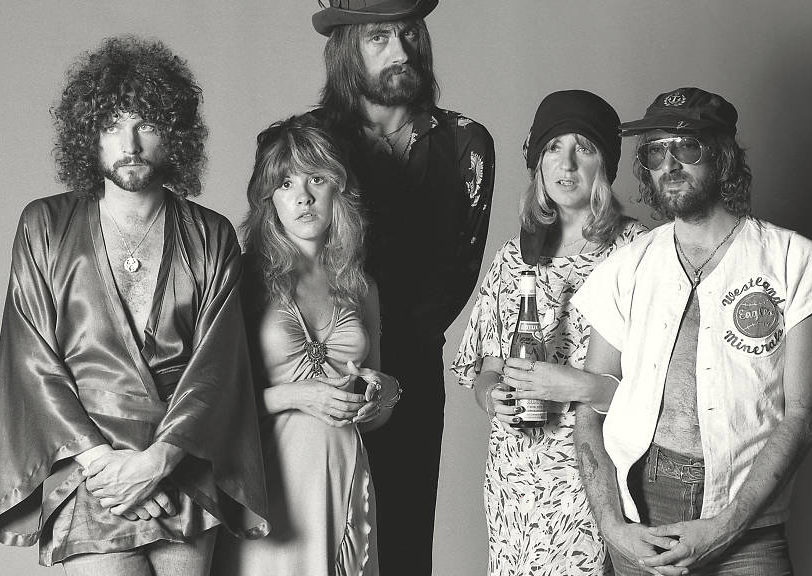 Despite being made as Fleetwood Mac were in tatters, ‘Rumours’ became one of the band’s biggest albums. It continues to resonate today.

There are wildly successful albums, and then there’s Rumours, by Fleetwood Mac. Released on 4 February 1977, the group’s 11th album topped the US charts for 31 non-consecutive weeks that year. It not only hit No.1 in the UK but remained in the Top 100 for eight years. It’s sold over 45 million copies to date, making it one of the highest-selling albums ever, and, what’s more, music fans continue to fall under its spell: Rumours was the fourth highest-selling vinyl album of 2019 and, in September 2020, Dreams raced back up the US chart thanks to a viral TikTok video

Aside from the chart positions and staggering sales figures, Rumours simply connects with people – Dreams, Go Your Own Way, Don’t Stop… all pan-generational anthems with universal appeal. And it’s been hugely influential on music. Plenty of today’s leading artists, from Taylor Swift to Tame Impala, Haim to Florence + The Machine, Lady Gaga to Lorde, owe a massive debt to the bittersweet pop-rock of late 70s Fleetwood Mac.

“We took the decision to hang in there”

Just a few years before Rumours’ release, Fleetwood Mac were at their lowest ebb. After a period in which guitarist Bob Welch had an affair with drummer Mick Fleetwood’s wife, and the band’s manager had attempted to send out a new version of the group to fulfil touring commitments, their musical driving force, Bob Weston, left in December 1974, leaving a creative chasm at the heart of the group. Adding to their concerns, their album sales had been steadily diminishing, with 1973’s Heroes Are Hard To Find an outright flop. When Mick Fleetwood phoned Lindsey Buckingham, a young guitarist he’d met at Sound City studios, on New Year’s Eve 1974 to offer him a job in Fleetwood Mac, it seemed like a last roll of the dice. Buckingham agreed, on the condition that his partner – musical and otherwise – Stevie Nicks came with him.

Buckingham and Nicks had been playing together since high school, first with psych-rock act Fritz and then forming an eponymous duo that released one album, 1973’s Buckingham Nicks, before they hitched their wagon to Fleetwood Mac. Along the way romance bloomed, though, as nicks told Uncut in 2003, “Lindsey and I were in total chaos a year before we met Fleetwood Mac. I had already moved out of our apartment a couple of times and then had to move back in because I couldn’t afford it. Our relationship was already in dire straits. But if we’d broken up within the first six months of Fleetwood Mac there would have been no record and we would have been in big trouble, so when we joined the band, we took the decision to hang in there.”

“Everybody was pretty weirded out”

Buckingham and Nicks joined a group with its own internal problems. Singer-songwriter and keyboardist Christine Perfect had married bassist John McVie and joined Fleetwood Mac in 1970 after a whirlwind romance, but their relationship had deteriorated through years of touring and infidelities, and they separated during the band’s 1975 US tour to support their self-titled tenth album, the first record made with Buckingham and Nicks.

Improbably, considering the behind-the-scenes turmoil, Fleetwood Mac’s self-titled 1975 album saved the band. Recorded in just three months in early 1975, it saw the newcomers’ songs beautifully complement Christine McVie’s, giving the group a sonic makeover. Nicks’ Rhiannon and Landslide were hazy, mystic pop with dark undercurrents, Buckingham’s Monday Morning made for a playful, West Coast-inspired opener; dig a little deeper, however, and there’s already the barbed, restless energy he’d make his own. And perhaps the competition was good for Christine McVie, who was inspired to pen the dreamy Warm Ways and Over My Head.

Still, Fleetwood Mac wasn’t an instant success. It was only after giving 1975 over to relentless touring that the new line-up made up for lost ground, and by the time the album finally reached No.1 in the US, in September 1976 (15 months after release), they’d already been holed up for six months recording what would become their next record..

“If you took out the bad stuff, there wouldn’t have been a Rumours”

One of many surprising Fleetwood Mac facts from this era, Rumours was originally recorded under the working title “Yesterday’s Gone” – perhaps a reflection of the group’s collective mindset as they entered the studio. Time on the road had caused ructions in the already volatile Fleetwood Mac line-up and once the group’s penchant for hedonism was added to the mix, the new sessions were fraught. “Everybody was pretty weirded out,” Christine McVie told Rolling Stone. “Somehow Mick was there, the figurehead: ‘We must carry on. Let’s be mature about this, sort it out.’ Somehow we waded through it.” The McVies managed to record Rumours while barely speaking to one another, while Buckingham and Nicks were prone to explosive rows. Meanwhile, Buckingham and John McVie were butting heads, with the bassist throwing a glass of vodka in the guitarist’s face after a particularly tetchy stand-off.

Unsurprisingly, the psychic unrest manifested itself in the songs, which ran the whole gamut of break-up emotions, from heartbreak (Oh Daddy) to resignation (Dreams), anger (Go Your Own Way, Second Hand News) to moving on (Don’t Stop, You Make Loving Fun). As Nicks said in 2003, “If you took out all the bad stuff in the band, the songs wouldn’t have happened. There simply wouldn’t have been a Rumours if everything had been fabulous.”

But if Rumours only amounted to late-night diary entries and barbed asides, we’d not be talking about it today. Winningly, the album married the psychodrama of the lyrics to bulletproof melodies, gleaming production and dazzling musicality. These are songs and performances that mix sorrow with euphoria, make sunshine-pop out of agitation, and they’re all underpinned by a slinky, fabulously indulgent sound – all heavy harmonies and muscular rhythm section.

On release, Rumours spread like wildfire, selling ten million copies in its first year alone and giving the estranged group the incentive to stay together. The albums that followed would see them stretch out and continue to enjoy huge success, but Rumours represents their sweetest spot – the point where burgeoning talent met established musicianship and a whole lot of emotional upheaval and decadence to forge something magnificent that we still can’t get enough of.