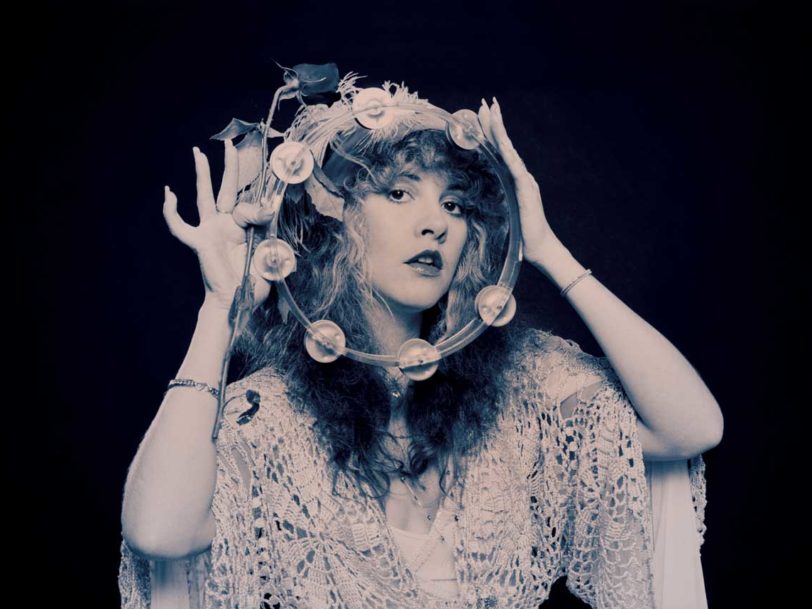 Releasing a solo debut album when you’ve been a member of one of the most popular bands on the planet is a difficult thing to do. Music history shows us there’s plenty of fans and critics ready to nitpick over your work; to highlight what’s missing when your usual collaborators aren’t around; and to huff that perhaps you’ve gotten too big for your (stacked and shiny) boots. With Bella Donna, however, Stevie Nicks silenced any potential detractors and served noticed that she was capable of delivering the goods on her own.

A unique singer and gifted songwriter

Joining Fleetwood Mac on New Year’s Eve 1974 had been a serendipitous move for Nicks. The following year brought the release of the group’s self-titled 1975 album – a huge success that featured her own compositions Rhiannon and Landslide. It’s 1977 follow-up, Rumours, was even bigger, becoming one of the most successful albums of all time. In 2020, following a spate of viral TikTok videos set to the Nicks-penned Dreams, that song even re-entered the Billboard Top 10, 42 years after its original release.

All of this is to say that Nicks had, by this point, proven herself as a unique singer and gifted songwriter more than worthy of releasing a solo album. Nicks began working on the record in 1979, while Fleetwood Mac were recording Tusk. Demos for what would become Bella Donna were recorded and subsequently scrapped, but in late 1980 Nicks approached the idea again. By 27 July 1981, Bella Donna was on the shelves.

The album was a star-studded affair, with guest appearances from Tom Petty and Eagles’ frontman Don Henley. Producer Jimmy Iovine, who had been working with Petty, wanted to market Stevie Nicks as the female counterpart to The Heartbreakers’ frontman. In a stroke of genius, he arranged for Nicks to duet with Petty on Stop Draggin’ My Heart Around. With its shimmering Americana sound – Petty’s classic style – the song offered the perfect framework for both singers’ voices, which have just that bit of grit that cuts through the smoothness and gives the song its angry, sexy feel.

Don Henley appeared on the second duet of the album, Leather And Lace – another perfect example of just how well Nicks could share vocal duties. A career spent in Fleetwood Mac and, earlier, as part of Buckingham Nicks, means she knows when to bring the full force of that unmistakable voice and when to let someone else do their thing. Here, Henley and Nicks are a beautifully matched pair, the former sounding rich and clear against the latter’s frothy quiver.

Of all the songs on Bella Donna that really sum up the staggering success Nicks had achieved by 1981, After The Glitter Fades reveals what the best Stevie Nicks songs were capable of, even at this early stage of her solo career. A gorgeous country workout boasting the talents of Dan Dugmore on pedal steel and Roy Bittan – who may be more familiar to some as “The Professor” from Bruce Springsteen’s E Street Band – on piano, the song opens with the line “Well I never thought I’d make it here in Hollywood”, and charts the ride Nicks had taken from dreaming of being a singer-songwriter to being part of one of the biggest bands on the planet – with quite a few wild experiences along the way. “Even though the living/Is sometimes laced with lies/It’s alright/The feeling remains/Even after the glitter fades,” she sings.

Opening the album, Bella Donna’s title track is another brilliant little number which, musically, doesn’t feel too far removed from something that Fleetwood Mac would have released. It’s jam-packed with excellent session musicians – Waddy Wachtel on guitar, Davey Johnstone on acoustic guitar, Bob Glaub on bass, Bill Elliott on piano, Russ Kunkel on drums and Bobbye Hall on percussion – with David Adelstein on synthesiser, adding just the right amount of flourish to round the whole thing off. Nicks’ trusty backing singers, Lori Perry and Sharon Celani, accompany her to perfection, too, giving the song a gentle gospel feel.

“Kind of woozy… kind of a strip-tease”

Elsewhere on the album, Kind Of Woman shifts into something more mythical. Feeling like a siren song, it’s a sour ballad with swirling electric guitar work that plays around Stevie as she pouts her way through the track. Think About It, which features some beautiful organ work from Benmont Tench buried in the mix, is a more uplifting affair that begins with some of Nicks’ most perfect lyrics: “Step into the velvet of the morning/Let yourself lay back within your dreams/Take on the situation but not the torment/Now you know it’s not as bad as it seems.” It was written for fellow Fleetwood Mac star Christine McVie, who was going through a divorce at the time.

Bella Donna takes a grittier turn with what might be its best-known song, Edge Of Seventeen. The chugging guitar intro by long-term Nicks collaborator Waddy Wachtel remains electrifying no matter how many times you hear it, and was inspired by the opening to The Police’s Bring On The Night. Nicks arrived at the title after mishearing her friend Jean Petty – wife of Tom – telling her they met “at the age of 17”. Lyrically, with those symbolic white-winged doves, Nicks pays tribute to the deaths of two inspirational Johns – her uncle, and Beatles leader John Lennon. Edge Of Seventeen is, by any measure, a belter of a song full of unusually brilliant lyrics, her voice swooping and soaring like those doves she sings of.

Keeping the fire going is How Still My Love, a track that Stevie would describe as her “sexiest song”, one that’s “kind of woozy… slow… kind of a strip-tease”. It was also one she deliberated over including on the record, repeatedly cutting it and adding it back into the tracklist, before ultimately keeping it there. It’s a sultry standout on the record, as Nicks sings about the draws of a physical relationship with little else to commend it, but which she finds hard to give up. The title was inspired by two books Nicks came across – but didn’t read – in a hotel room: How Still My Love and In The Still Of The Night.

The standout star in Fleetwood Mac

Seeing out the album, the rockier Outside The Rain, with its big opening drumbeat and breathy backing vocals, shuffles by pleasantly before The Highwayman beings Bella Donna to a captivating close. With its loping guitar and backing vocals by Don Henley, the song is a Stevie Nicks equivalent of a fairy tale: “Alas, he was the highwayman/The one who comes and goes/And only the highway-woman/Keeps up with the likes of those” she sings.

Topping the charts in both the US and Australia, and peaking just outside the UK Top 10, Bella Donna is an excellent solo record. Showcasing Stevie Nicks’ incredible gift for singing and writing, it also marked her out as Fleetwood Mac’s standout star.

Check out our best Stevie Nicks songs to find out which beauties shine the brightest.