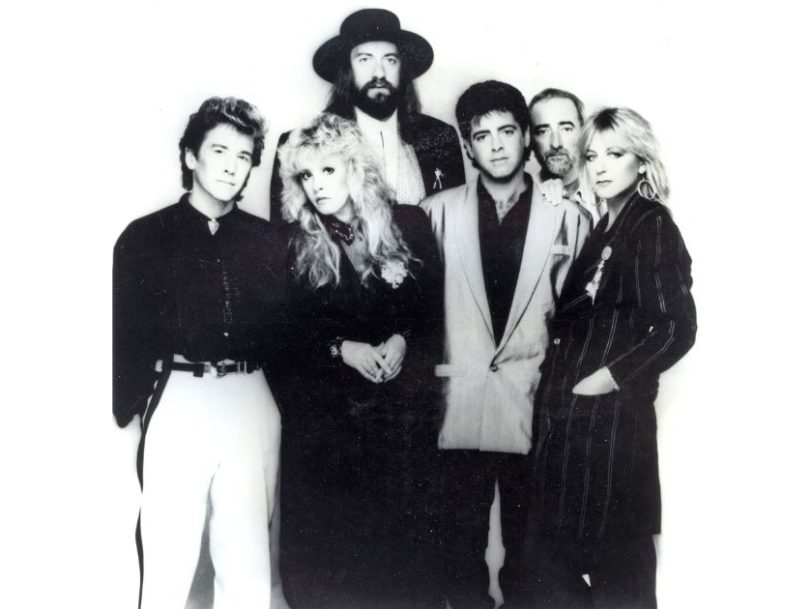 More Than Rumours: 10 Fleetwood Mac Facts You Need To Know

They made their name with ‘Rumours’ but, as these Fleetwood Mac facts prove, truth can be even stranger than fiction…

In a career that spans over half a century, Fleetwood Mac have given fans plenty of drama, from countless line-up changes to romantic entanglements and tales of rock’n’roll debauchery. You’ve heard the rumours, but here are ten lesser-known Fleetwood Mac facts you need to know…

1: They lost an early member to a religious cult

Well established among Fleetwood Mac facts is the changeable state of their line-up. After founder member Peter Green left the band in May 1970, the group continued, with guitarists Danny Kirwan and Jeremy Spencer stepping up. A curious truth, however, is the reason behind Spencer’s departure. After the guitarist failed to turn up for a gig at the Whiskey A Go Go, in Los Angeles, the following February, the group embarked on a search which lasted several days, during which it transpired that Spencer had joined the Californian religious cult The Children Of God. Spencer always maintained that he joined the cult of his own free will, but he later told Classic Rock that he regretted the manner of his departure from Fleetwood Mac. “The way I left was wrong and a mistake,” he admitted. “I should’ve told them right away, but I was desperate.”

Christine McVie joined Fleetwood Mac in 1970, after marrying the band’s bassist, John McVie. Though she was not an official member of the group during the recording of their fourth studio album, Kiln House, she contributed backing vocals and keyboards during recording sessions, and created the album’s distinctive sleeve illustration. McVie also submitted artwork for the band’s follow-up album, Bare Trees, which, though it wasn’t used, currently sits in the collection of the V&A, in London.

As tensions between the Fleetwood Mac bandmates mounted during their 1973 US tour, guitarist Bob Weston was fired, and the tour was cancelled. Facing a hefty bill and feeling that his reputation was at stake, manager Clifford Davis sent a group of musicians on the road in the band’s place, calling them The New Fleetwood Mac. When audiences clocked the deception, that tour also fell apart and the remaining dates were cancelled. The original band then reunited in September 1974 and decided to manage themselves.

After John and Christine McVie married, they moved to Chalk Farm, North London. The couple were animal lovers, and London Zoo was nearby. John became an associate member of the Zoological Society Of London, which meant that, as he said, “You paid an annual fee and could go in [to London Zoo] free at any time.” John was a particular fan of the zoo’s penguins and would spend hours watching and taking photographs of them. His love for the birds not only inspired the title and sleeve of their 1973 album, Penguin, but, in one of the most frivolous Fleetwood Mac facts, gave the band a mascot – the top hatted-penguin later used on merch and album sleeves.

While the sleeve of 1977’s mega-selling Rumours album is regarded as one of the best album covers of all time, a small detail might have passed some fans by. Dangling between drummer Mick Fleetwood’s legs is a pair of what seem to be wooden balls – actually lavatory chains that Fleetwood liberated from the bathroom of a venue the group played in their early days. Making for one of the more unusual Fleetwood Mac facts, the balls became a lucky charm for Fleetwood, who wore them at concerts from that point on. It was a fittingly provocative gesture, as Fleetwood explained to Rolling Stone: “In truth, I started off as a blues player. The whole ethic of a lot of blues music is slightly suggestive, might I say. And suitably, I walked out on stage with these two lavatory chains with these wooden balls hanging down, and after that, it just stuck.” When Fleetwood lost the balls on tour, he had a replacement pair made by a carpenter.

Rumours is the perfect name for an album full of material exploring the tangled interpersonal relations of Fleetwood Mac in 1977, but the record’s working title was “Yesterday’s Gone”. The name was taken from the chorus of Christine McVie’s Don’t Stop – a song that looked to the future after her separation from John.

For the early part of his career, Warren Zevon was a cult artist adored by his contemporaries. When it came to the recording of his third album, 1978’s Excitable Boy, producer Waddy Watchel was determined to help Zevon make a commercial breakthrough and encouraged him to write and record punchy rock tunes. Zevon’s biggest hit single, Werewolves Of London, was one of the most striking results. A lightweight first pass at the recording failed to match the dark humour of the song, but when Watchel realised Fleetwood Mac were recording the Tusk album in the same studio complex he and Zevon were in, he nabbed the powerhouse rhythm section of Mick Fleetwood and John McVie. Werewolves Of London quickly fell into place, becoming one of the best Warren Zevon songs in the process.

Though founder member Peter Green had struggled with mental-health issues following his departure from the band, in 1970, his former bandmates hadn’t forgotten the guitar genius. Around the time of the Tusk sessions, Mick Fleetwood had been in touch with Green and invited the guitarist to the studio, where he added a lead part to the fade-out of Brown Eyes. It wasn’t the first time Green had been an uncredited guest on a Fleetwood Mac album – he had also appeared on Penguin’s Night Watch.

9: Mick Fleetwood risked it all by playing with Spinal Tap

Anybody who has seen the 1984 rockumentary This Is Spinal Tap will know that drumming in the legendary UK rock band tends to end in an unusual death. In 1992, the spoof metallers were preparing to release a new album and put word out that they sought yet another sticksman: “Drummer died, need new one. Must have no immediate family.” Mick Fleetwood arrived at the LA-based auditions fully prepared, wearing a fireproof asbestos suit (Spinal Tap drummers had a habit of combusting onstage). Fleetwood quipped, “It’s all a risk. Life’s a risk. But Tap’s a risk, for sure. I’m trusting that things will be OK.” Somehow, the drummer survived and went on to play regularly with the group.

10: The whole band have never appeared on a studio album sleeve together

Surprisingly among Fleetwood Mac facts, not once has the whole line-up at the time of recording appeared together on a studio album sleeve (though all five bandmates from the group’s “classic” line-up were pictured together on the sleeve of their live reunion album, The Dance). Mick Fleetwood posed solo on the cover of Mr Wonderful, Fleetwood and John McVie graced the cover of Fleetwood Mac’s self-titled 1975 album, and Stevie Nicks joined Fleetwood for the Rumours photo shoot. The following decade, Nicks and Christine McVie appeared with Lindsey Buckingham on Mirage, and, for their 17th studio album, 2003’s Say You Will, Nicks and Buckingham were the sole cover stars.