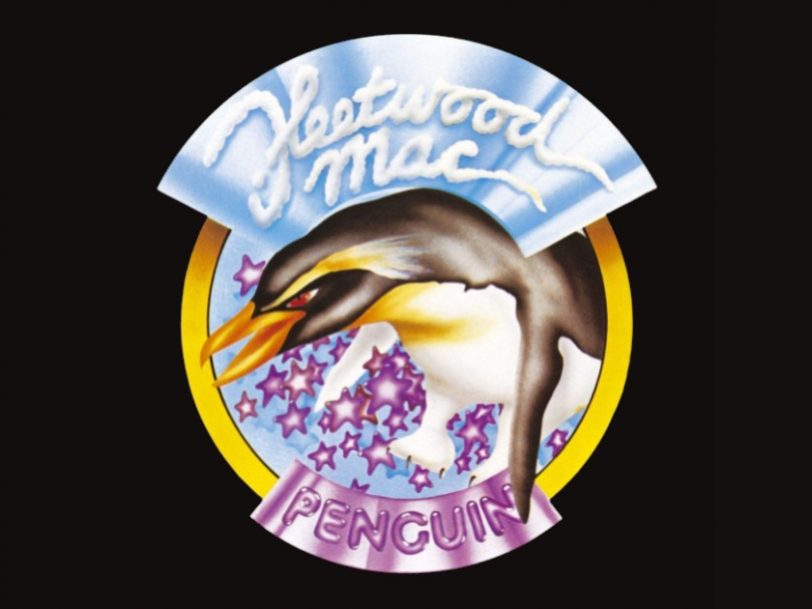 Fleetwood Mac’s 1973 album, ‘Penguin’, found the group in a period of transition, with Christine McVie emerging as a true songwriting force.

The first of two Fleetwood Mac albums released in 1973 – and the group’s seventh studio record overall – Penguin heralded more changes in their ever-evolving line-up. Guitar prodigy Danny Kirwan had shown signs of volatile behaviour since joining Fleetwood Mac in 1968; always emotionally fragile, he had grown increasingly dependent on alcohol and other substances to ease the strain of touring. Matters came to a head on the band’s US tour of August and September 1972, while supporting their Bare Trees album, during which Kirwan smashed his Les Paul guitar and refused to take the stage at one of the shows. After the gig, co-founder and drummer Mick Fleetwood told Kirwan he was out of the band.

Plymouth-born guitarist Bob Weston had been on the group’s radar thanks to his stints backing Long John Baldry and Graham Bond, and he joined Fleetwood Mac as Kirwan’s replacement. The group also added a new vocalist, Dave Walker, who’d previously been a member of The Idle Race and Savoy Brown. Walker and Weston were recruited before another string of US shows in late 1972, after which the band reconvened to record Penguin.

Sessions for the album took place at Benifold, Mick Fleetwood’s Hampshire country manor, in early 1973. The band rented The Rolling Stones Mobile Studio, the portable recording unit that had recently been used for Led Zeppelin’s III and IV, The Who’s Who’s Next and the Stones’ Sticky Fingers and Exile On Main St albums.

Though Fleetwood Mac had relocated en masse to Benifold, the domestic situation didn’t help Walker settle, as he told FleewoodMac.net in 2000: “The bulk of the writing was being done by Christine and Bob Welch… they were better at it. But I found it frustrating not really feeling like a part of the creative process.”

Walker ended up on just two of Penguin’s nine tracks – a straightforward cover of Jr Walker & The All Stars’ (I’m A) Road Runner and Walker’s own country-rock original The Derelict; both were outliers on an album largely split between McVie and Welch material. Walker left the band the just months later, during sessions for Penguin’s follow-up, Mystery To Me. He’d go on to form the short-lived group Hungry Fighter with Danny Kirwan, and stepped in on vocal duties for Black Sabbath while Ozzy Osbourne took a sabbatical across 1977 and 1978.

Bob Weston fared a little better: his distinctive slide guitar quickly became an asset to the band (most notable on Christine McVie’s Remember Me), and he wrote Penguin’s closing track, the elegant, folky instrumental Caught In The Rain.

“Pete Green plays some eerie stuff way in the background”

While the newcomers attempted to settle in, Christine McVie and Bob Welch stepped forward as Fleetwood Mac’s creative axis. Breezy, lightly melancholic gems with the catchiest of melodies, the McVie-penned Remember Me and Dissatisfied signpost the radio-friendly sound the group would perfect in the mid-70s. Elsewhere, Did You Ever Love Me is a rare McVie-Welch co-write – a relaxed, mid-paced shuffle complete with steel drums. The pair’s voices work well together, paving the way for the next few albums and, again, hinting at McVie’s capacity for airwave-conquering melodies.

Welch’s contributions are the work of a writer growing in confidence: Bright Fire is a languid, jazzy gem that leaves plenty of space for John McVie’s expressive basslines. Revelation shows the group exploring another musical direction as they tackle a heady, Latin-inspired groove. Night Watch, however, is the pick of the bunch: an ambitious epic with harmonies that evoke Crosby, Stills, Nash And Young, it’s further elevated by an uncredited performance from departed co-founder Peter Green. “Pete Green plays some eerie stuff way in the background on Night Watch, I think during the fade,” Welch revealed to FleetwoodMac.net in 1999. “He was there at the studio with the rest of us when he did it… he actually played the part standing in the studio’s echo chamber.”

Following its release, on 1 March 1973, Penguin reached No.49 in the US, Fleetwood Mac’s best stateside performance to that point. Viewed in the wider context of the band’s body of work, it’s a transitional album, but one with plenty to offer – not least the emergence of Christine McVie as a songwriting force to be reckoned with. However, Penguin also has a more unusual legacy: one of the lesser-known Fleetwood Mac facts is that John McVie’s love of the flightless bird inspired the album’s title, an influence that runs through later band merch on which a top-hatted penguin appeared.