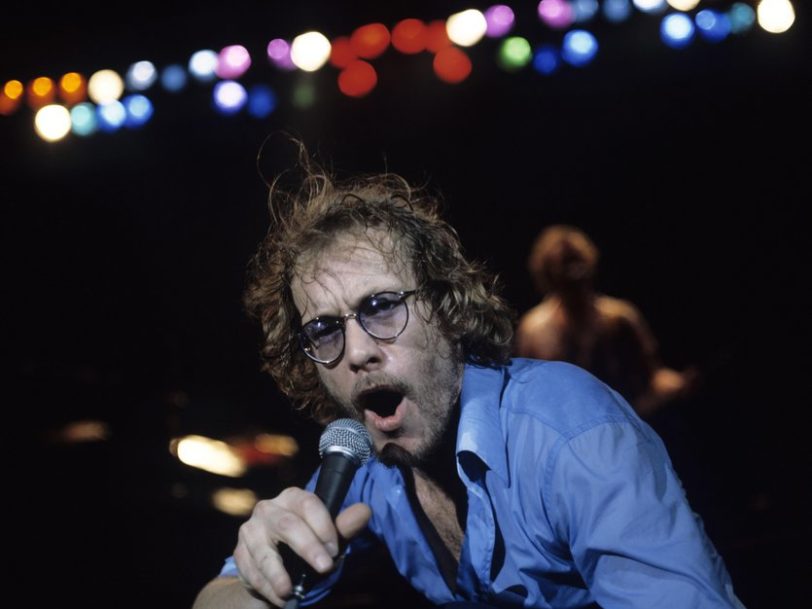 Warren Zevon knew that Phil Everly was a fan of old movies, having worked regularly with The Everly Brothers in the early 70s as their musical director. In 1975, Everly rang Zevon to tell him he had just watched a 1935 Lon Chaney film called Werewolf Of London on late-night television. It prompted a bizarre idea: he challenged Zevon to write a song about werewolves, one that would start a “song and dance craze”.

A couple of days later, Zevon was hanging out with friend and songwriter Roy Marinell when guitarist Waddy Wachtel dropped by the house in Venice Beach, California. In 2008, Wachtel recalled what happened next: “Waddy, it’s great you’re here! Phil Everly gave me a great title for a song. We’re going to write a song called Werewolves Of London.” “Werewolves Of London? You mean like, ‘ah-hooooo’?”

“There’s your first verse. You write the rest”

Zevon asked Marinell to start playing a lick he had been strumming earlier. “Roy started playing it. I had just gotten back from England, so I had all these lyrics in my head. I just spit out that whole first verse,” Wachtel recalled. “There’s your first verse. You write the rest. I’ve gotta go into town.”

The opening verse that came off the top of Wachtel’s head was memorable: “I saw a werewolf with a Chinese menu in his hand/Walking through the streets of Soho in the rain/He was looking for a place called Lee Ho Fook/Gonna get a big dish of chow mein.”

“The hardest song I’ve ever worked on”

Inspired by Wachtel’s opening, Zevon and Marinell spent the next 15 minutes rattling off lyrics for the rest of the song, using the way Wachtel mimicked a wailing wolf as the key part of the howling chorus. When they were finished, Zevon’s wife, Crystal, told them she loved it.

“You think it’s so great, why don’t you write it down?” Marinell remembered saying. Crystal grabbed a steno pad from her bag and transcribed their words. “Otherwise, that song never would have gone anywhere,” Marinell added.

Recording Werewolves Of London was a difficult process. Wachtel, who had played on albums by The Rolling Stones, Randy Newman and Linda Ronstadt, described it as “the hardest song to get down in the studio I’ve ever worked on”. They tried numerous configurations of backing musicians. Zevon rejected regular rhythm section men Russ Kunkel and Bob Glaub because he thought their playing was “too cute” for this particular song. In the end, they brought in drummer Mick Fleetwood and bassist John McVie to accompany Wachtel on guitar and Zevon on vocals and piano (he plays the distinctive barrelhouse hook). Jackson Browne and Eagles collaborator JD Souther joined on harmony vocals.

Zevon said they painstakingly searched for the right “heavy” sound for the song, recording 59 different takes, drinking vodka and working until dawn at The Sound Factory in Los Angeles. They finally decided that the second take had been the best one. But the song still wasn’t finished. A couple of months later, Zevon wanted a new ending, adding the iconic closing line, “I saw a werewolf drinking a piña colada at Trader Vic’s/And his hair was perfect.”

Werewolves Of London is cryptic and lyrical, full of alliteration and striking imagery (“He’ll rip your lungs out, Jim/Heh, I’d like to meet his tailor”). Browne said later that he believed the song, a Halloween favourite, was essentially a “nightmare song about a debauched Victorian gentleman”.

When Warner’s Asylum Records suggested making the three-and-a-half minute track the lead single for Zevon’s new album, 1978’s Excitable Boy, the songwriter was unsure whether “a novelty song” would work. “I don’t know why that became such a hit. We didn’t think it was suitable to be played on the radio. I still think it’s funny,” he said later. Marinell once said the song was “a good lesson in never taking yourself too seriously”.

Released on 18 January 1978, Werewolves Of London became an overnight hit, reaching No.21 in the Billboard charts and remaining in the Top 40 for six weeks. The single was also issued as a limited-edition, 12” picture disc featuring an image of a werewolf on the record and Zevon sitting in the sleeve’s bottom-right corner in his three-piece suit. The song has been widely covered since, including versions by Grateful Dead and actor Adam Sandler; when it was used in the 1986 Martin Scorsese film, The Color of Money, it had a revival in the UK charts.

Zevon, who was 56 when he died of lung cancer, on 7 September 2003, had his own addiction and mental-health problems. In the immediate wake of the success of Werewolves Of London, Crystal urged him to go into rehab. One night, she heard three gun shots and rushed to the recording studio at their Santa Barbara home. She found Zevon pointing a smoking gun at his own face on the cover of Excitable Boy.

Though Zevon wrote masterful, complex lyrics, his co-creation Werewolves Of London remains one of his most popular songs, something he poked fun at during a guest appearance on the brilliant HBO comedy The Larry Sanders Show in September 1993. Zevon wants to perform a new single but the chat-show host keeps asking for his 1978 hit. “Listen, I don’t want to be a prick, but every single show I do, I play Werewolves Of London and it’s driving me fucking crazy,” Zevon tells Garry Shandling’s character.