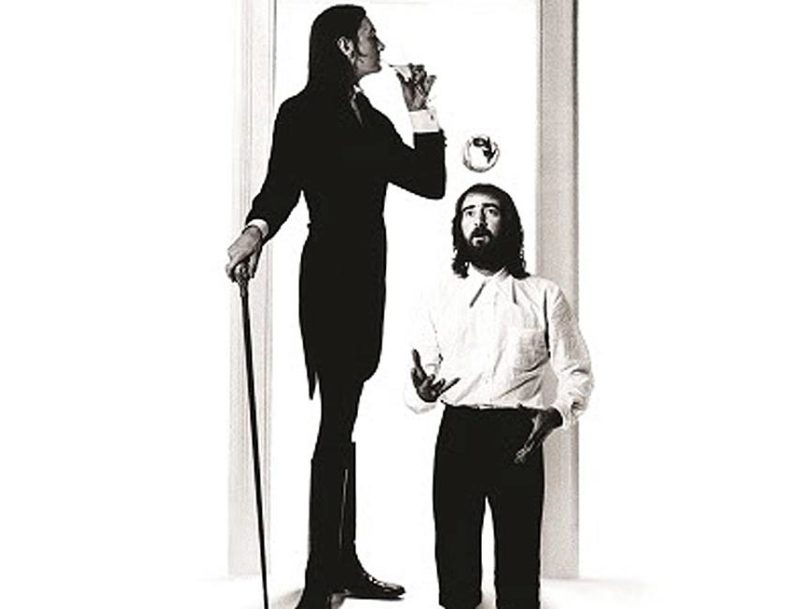 With Lindsay Buckingham and Stevie Nicks on board, Fleetwood Mac’s self-titled 1975 album took the group from breaking point to glory.

Very few albums have impacted a group’s career like Fleetwood Mac’s self-titled 1975 album. Less than a year before its release, it looked as through the group – already featuring just two of its founder members, drummer Mick Fleetwood and bassist John McVie – were in serious trouble when Bob Welch, lead guitarist, frequent singer and songwriter, announced his departure, leaving only the rhythm section, plus Christine McVie (formerly Christine Perfect) on keyboards, vocals and songwriting duties.

“Lindsay and Stevie joined without playing a note”

On hearing of Welch’s departure, Mick Fleetwood remembered a chance encounter he’d had a few weeks before, when scouting Sound City Studios in Van Nuys, California, as a potential place to record the band’s next album. At the studio, producer and engineer Keith Olsen played Fleetwood a few tracks from a record he’d worked on – Buckingham Nicks, the debut album from a pair of young US songwriters, Lindsey Buckingham and Stevie Nicks. It caught Fleetwood’s ear, as he told David Wild for the sleevenotes for the Fleetwood Mac album’s 2018 reissue: “Lindsey’s style was so stunning and unique, it was what hit me first, and it hit me hard… I was not looking for a new guitarist or other band members at the time. It was purely the music that left such a vivid impression.”

Buckingham was a natural choice to join the group, but Nicks wasn’t part of Fleetwood’s plans until the guitarist made her inclusion a condition of his involvement. “To Lindsey’s credit, he made it immediately and eminently clear that he wasn’t going anywhere without Stevie Nicks,” Fleetwood recalls.

The drummer agreed in principle, but set up a meeting over dinner between the young songwriters and what remained of Fleetwood Mac to ascertain whether the proposed line-up might work. “The dinner was the audition,” Fleetwood recalled. “Luckily, Chris loved Stevie straight away… and that was that. Lindsey and Stevie were asked to play with us without ever playing a note with us. It’s almost insane in retrospect considering the high risk but, somehow, Christine and all of us knew.”

“I had to upgrade my game to keep up with them”

The prospect of working with Buckingham and Nicks motivated McVie, as she recalled for the reissue of Fleetwood Mac’s self-titled 1975 album: “I was excited by their talent, but I also sensed I had to upgrade my game as a songwriter to keep up with them after I heard the Buckingham Nicks album. I thought, Crikey, these two can really write.”

The blend of harmonies once they eventually played together also proved inspiring for McVie. “I’d written a new song called Say You Love Me that ended up being a bit of a hit. I just started playing the song and when the chorus came around and I sang, they started piping in with these perfect three-part harmonies. We carried on singing, but we all got enormous goose bumps. I looked at Mick and he looked at me, and we went, ‘This is it.’”

That momentum carried the new line-up into the studio, where they had the pick of Buckingham and Nicks’ stockpile of material alongside McVie’s newly written songs. Buckingham brought the infectious pop-rock of Monday Morning and the stormy I’m So Afraid, as well as co-writing the strutting Southern rock of World Turning. But it was Nicks who made the biggest impression, entering the sessions with the country-tinged ballad Crystal, the reflective folk beauty of Landslide and the bewitching Rhiannon – songs that signposted a new future for the band at a point when, just months before, they might well have feared their best days were behind them.

Meanwhile, the remainder of McVie’s songs showed that she was reaching new heights. As well as the breezy marvel of Say You Love Me, she contributed the languidly soft-rock treat of Warm Ways and the swooningly romantic wonder of Over My Head.

The renewed enthusiasm and band chemistry eventually paid off. Fleetwood Mac’s self-titled 1975 album was released on 11 July 1975, and the group hit the road hard. “Obviously, we started out in some half-empty halls, but right away there was something happening onstage that ignited between the five of us,” McVie recalled. “Even back then, before all the social media, there was word of mouth and good reviews… gradually the audience heard the buzz and started showing up.”

The group’s live reputation translated to sales and, a year later, the Fleetwood Mac album reached No.1 on the US Billboard chart. It would go on to become the second-biggest album of 1976 in the US – outsold only by Peter Frampton’s Frampton Comes Alive! – while the likes of Landslide and Rhiannon continue to endure among the best Fleetwood Mac songs.

Check out our best Fleetwood Mac songs to find out where tracks from their self-titled album rank.