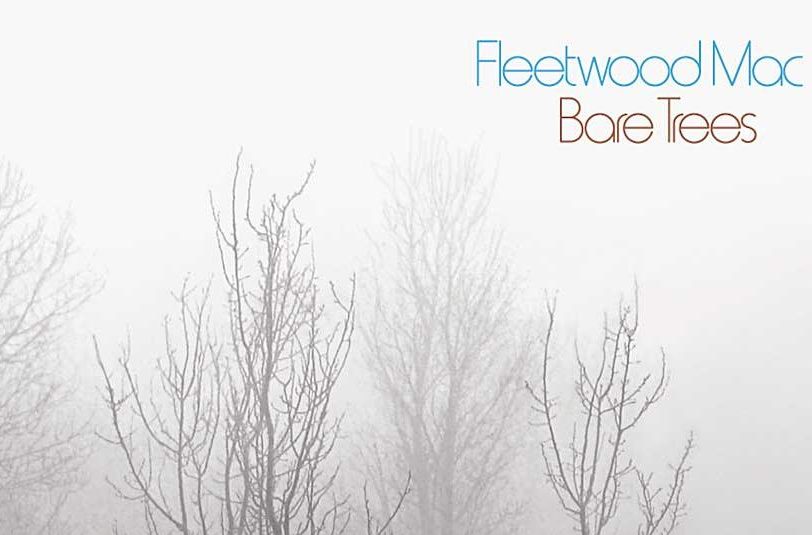 Danny Kirwan’s final album with Fleetwood Mac, ‘Bare Trees’ hints at an unrealised future for the band, while standing tall in its own right.

It’s not surprising that a history as tumultuous as Fleetwood Mac’s should be peppered with “what if?” moments. One of the most intriguing is: what if Danny Kirwan had stayed with them after the release of 1972’s Bare Trees? The group’s sixth album saw the guitarist – just 21 years old at the time of its release – cementing his position as the central creative force behind Fleetwood Mac, writing five of the album’s nine songs (not counting the final, spoken-word track) and putting his musical stamp on the rest of the group’s contributions.

And yet Kirwan was fired during the August 1972 US tour the group undertook to promote the record. His increasingly difficult behaviour had come to a head when an argument with fellow guitarist Bob Welch about tunings led to violence and a dressing-room demolition. Still, Bare Trees is an underappreciated gem in the early Fleetwood Mac catalogue, emphasising what a talent Kirwan was as well as giving listeners notice of the emerging songwriting prowess of Welch and Christine McVie.

Trouble had been on the cards for some time. In 1968 an 18-year-old Kirwan had been brought in by Peter Green, acting as a melodic foil for the founder member while the group moved from playing pure blues to more experimental, envelope-pushing music. Success came quickly for the newcomer – his first session was for the evergreen No.1 hit Albatross, on which he provides a counterpoint to Green’s lead line, while his first album with the group, 1969’s Then Play On, saw him playing more of an active role. Taking his first steps into songwriting and accruing more lead guitar spots, Kirwan’s eclectic tastes broadened the group’s horizons.

However, the guitarist’s volatile temperament meant that, despite their musical chemistry, he began to clash with Green, as he told Guitar magazine in 1997: “We just didn’t get on too well basically… We played some good stuff together, we played well together, but we didn’t get on.” Green left Fleetwood Mac in May 1970, leaving Kirwan and guitarist Jeremy Spencer stepping in to fill his formidable shoes on Kiln House. But they looked to be on the verge of collapse until keyboard player Christine McVie joined them on tour, providing the musical glue that would hold them together.

In February 1971, Spencer failed to turn up for a gig at Los Angeles’ Whiskey A Go Go, leading to the discover of one of the strangest Fleetwood Mac facts of all. After a search that lasted several days, it transpired that he had joined The Children Of God, a religious cult based in California. The band soldiered on with one guitarist until it became apparent that they needed reinforcements, at which point manager Clifford Davis called upon Green to rejoin the group for the remainder of the tour. The shows were well-received but became focused on Green’s skills in improvising, which frustrated Kirwan and led to old animosities flaring up again.

Two months later, Green had left for good, Californian guitarist Bob Welch was on board, and Kirwan took a leading role on Future Games, released that September. It was a step up musically for Kirwan (particularly the balmy beauty of opening track Woman Of 1000 Years) and, selling well in the US, forced the group out on the road throughout most of 1971 and early 1972. Before long, however, the pressure of being the main musical focus took its toll and Kirwan began to clash with Welch.

Given the relentless turmoil, it’s astonishing that Bare Trees – recorded in just a few days at De Lane Lea Studios in Soho, London, in March 1972 – not only holds up so well, but suggests an unrealised future in which Kirwan became Fleetwood Mac’s long-term leader. The cover art of spindly trees cloaked in fog might have prepared the listener for an austere, wintry listen, but any such ideas are quickly rebuked by the good-time boogie rock of the opener, Kirwan’s Child Of Mine, given extra heft by some winningly gritty guitar work.

The two Welch-penned songs, the slow-burning, jazzy groove of The Ghost and the schmaltz-heavy Sentimental Lady, suggest a leap forward in the guitarist’s songwriting prowess (though the latter comes on strong, it works well in the context of the album). Meanwhile, McVie’s two numbers, the road-weary blues-rocker Homeward Bound (“I want to sit at home in my rocking chair/I don’t want to travel the world”) and the soft-rock bliss of Spare Me A Little Of Your Love, give notice of the writer she’d become.

Bare Trees’ title track is another confident Kirwan number, hinting at a harder-edged, more groove-based sound for the group, while Danny’s Chant has something of the voodoo about it – a spooked, swampy rocker with tribal-sounding drums, it foreshadowed the title track of 1979’s Tusk. Elsewhere, Sunny Side Of Heaven is a slice of mellow instrumental calm while Dust belatedly brings the contemplative, forlorn air suggested by that sleeve, with a lyric adapted from a poem by British war poet Rupert Brook.

Would Fleetwood Mac have become the stadium-filling supergroup we know had Danny Kirwan settled into his role as frontman? It may be unlikely, but what is certain is that, had he managed to curb his excesses and temper, the Kirwan-led group would surely have produced more fascinating albums. Bare Trees is the sound of a band coming together, growing in confidence and establishing an identity. It’s also worth celebrating on its own merits.

Check out our best Fleetwood Mac songs for more classics worth celebrating.