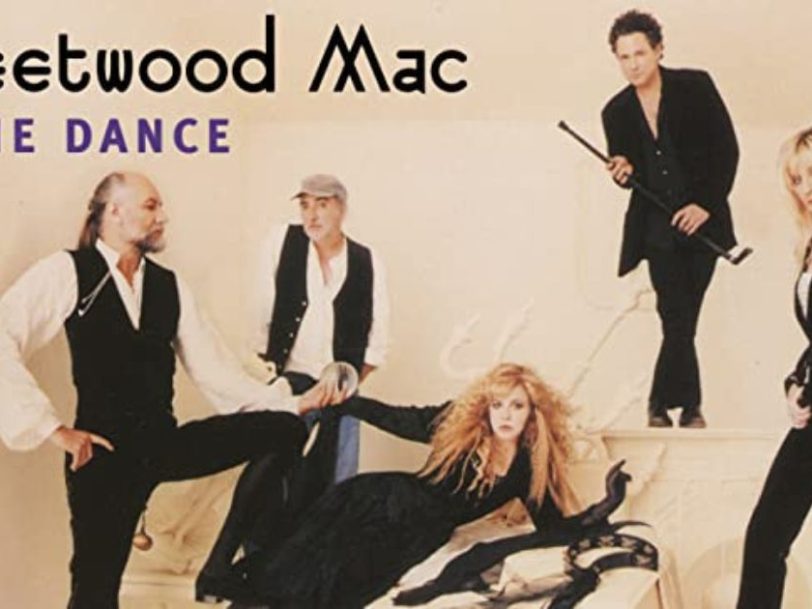 ‘The Dance’ may have been a false dawn for Fleetwood Mac as a group, but it’s a drama-fuelled triumph of a live album.

Having left Fleetwood Mac in acrimonious circumstances in 1987, few were as surprised as guitarist Lindsey Buckingham when he rejoined the group a decade later. “I certainly never thought I’d be back in Fleetwood Mac again,” Buckingham told Guitar magazine. “But, here we are, and, well, it feels pretty good.” Though this re-formed “classic” line-up would be short-lived, it would be memorialised in The Dance, a fiery live album which brought Buckingham, Stevie Nicks, Mick Fleetwood, and John and Christine McVie together on record for the first time since 1987’s Tango In The Night.

Listen to ‘The Dance’ here.

“The chemistry was very present”

Both band and fans alike may have been surprised that the line-up responsible for Fleetwood Mac’s spectacular mid-70s to late-80s success would agree to perform together again, but, given the group’s turbulent history since original guitarist Peter Green assembled its first line-up, in 1967, perhaps it wasn’t so unthinkable after all.

Wisely, the reformation was recorded for posterity. Released on 19 August 1997, The Dance was a live album and companion film culled from two reunion shows the band had performed earlier that year in front of a specially invited audience at Warner Brothers Studios at Burbank, California, on 22 and 23 May. It also served as a trailer for a huge-grossing 44-date US tour that ran from September to November that year.

The record itself was a success on a par with Fleetwood Mac’s previous achievements, selling over a million copies in just eight weeks in the US, where it would also become the fifth biggest-selling live album of all time. It would go on to sell more than six million copies worldwide. But the experience didn’t herald a new dawn for the band; other than a few promotional appearances, Fleetwood Mac wouldn’t play live again until 2003, and The Dance remains Christine McVie’s last album to date with the group.

“I’d done some healing and some refocusing”

Speaking to Mojo in 1997, Buckingham explained how the reunion happened. “When I left in ’87, it really was a survival move. Emotionally and physically. The atmosphere was not very conducive to being creative… So cut to nine years later – last year – and I run into Mick and we go out and have breakfast… and I realise that we have an awful lot to talk about. And the chemistry was just very present – as it had always been, but without the baggage. I’d done some healing and some refocusing and hopefully some growing, and so had he.”

Following Buckingham’s departure, Mick Fleetwood did what he’d done ever since Fleetwood Mac’s debut live performance, and kept the group together by changing line-ups. However, after the release of 1995’s Time, he called time on the band. Meanwhile, Buckingham and Nicks had both been focusing on solo careers, and had perhaps been wondering what it would be like to be in a group again.

While Buckingham was recording a planned follow-up to his well-received 1992 album, Out Of The Cradle, he and Mick Fleetwood had that fateful breakfast and began working together. Before long, both John and Christine McVie came on board for some sessions. Next, the Buckingham/Nicks team reunited for Twisted, a song for the soundtrack of the 1996 disaster film Twister which also featured Mick Fleetwood. “Basically, the whole band had made music during the course of that year,” the drummer told Mojo in 1997. “And at that point, there was no mention from within the ranks that it was all leading to something.”

“When we’re singing songs to each other, we’re saying more then we would in real life”

Fast-forward to May 1997 and the five-piece were on stage together for the first time since the split, with no sign that their chemistry had weakened. The first Burbank show wasn’t to the band’s liking, and the performance released on The Dance is from the 23 May show, the second of their two nights at Warner Brothers Studios.

The Chain makes for a dramatic opening: stripped-back and slowed down at the start, with Buckingham’s guitar sounding bluesier than on the song’s original release, as if the intervening years have taken their toll. When the chorus kicks in, the drama unfolds, with ex-lovers Buckingham and Nicks singing, “And if, you don’t love me now/You will never love me again,” at each other for a moment of real poignancy. All these years later, the intrigue and inter-band dynamics that had fuelled the band’s success from Rumours on were still present.

A charged set followed. Nicks took centre stage for powerful renditions of Dreams and Rhiannon that emphasised her magnetism as one of the best frontwomen in rock, and she brought the house down with a tender Landslide, accompanied solely by Buckingham on acoustic guitar, as if it were 1975 all over again.

A particular highlight of the night is the Nicks-penned Silver Springs, a song that didn’t make the cut for Rumours but was issued a B-side to Go Your Own Way. Originally written as a kiss-off to Buckingham, on The Dance it marks the point where tensions between the pair threatened to overspill, with emotionally draining results. The concert film captures the moment when the pair begin to exchange knowing looks; before long, Nicks is singing directly to Buckingham, seemingly furious. The intensity of the performance led gossip columnists to speculate that they were romantically involved again – something Nicks was keen to dispel in a Rolling Stone interview: “I don’t want to be part of that darkness. He knows that. When we’re up there singing songs to each other, we probably say more to each other than we ever would in real life.”

While Silver Springs may have brought the emotional fireworks, Buckingham’s impassioned leads on Go Your Own Way and Big Love showed how much his material had contributed to the group’s legacy. Meanwhile, the title track from the Tusk album provided another standout moment when the University Of Southern California Marching Band (who had played on the original studio recording) came on stage to propel the song to giddy heights.

The marching band stuck around for the last song of the evening, Christine McVie’s Don’t Stop, making for a triumphant ending. McVie had also contributed an effervescent Everywhere, a rootsy take on Say You Love Me, and a smouldering You Make Loving Fun to the evening, all underlining the importance of the pop-rock sensibility she had brought to Fleetwood Mac’s ongoing success.

Along with the hits, The Dance added new songs to the band’s repertoire: Nicks’ Sweet Girl, Christine McVie’s Temporary One and Buckingham’s My Little Demon and Bleed To Love Her. Introducing new material might have suggested that Fleetwood Mac were properly back, and The Dance certainly makes it clear that the spark remained, but it would prove the last time that the five-piece who made Rumours recorded a full album together. (It’s notable among Fleetwood Mac facts that The Dance is the only album on which the entire group appeared together on the cover.) But, as ever with Fleetwood Mac, never say never.