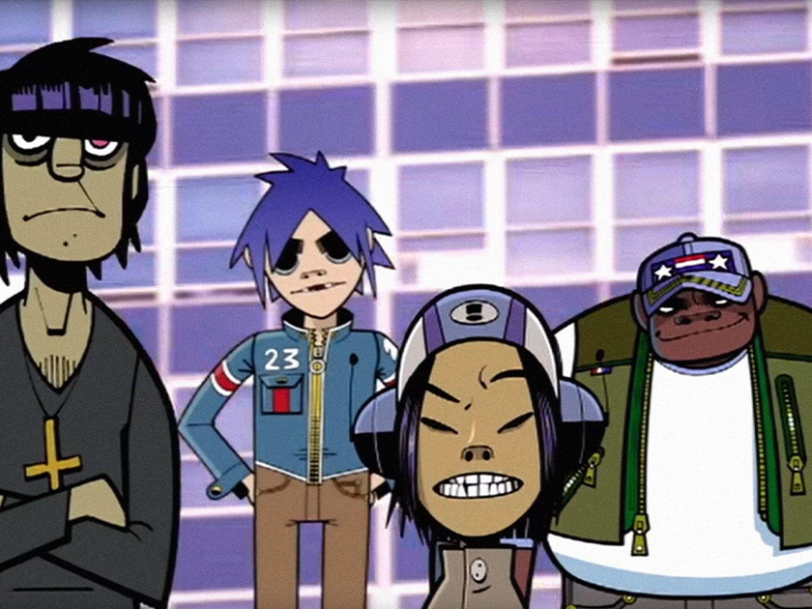 ‘The Fall’: When Damon Albarn Made A Gorillaz Album On His iPad

Recorded on his iPad while touring the US, ‘The Fall’ saw Damon Albarn upend the very concept of what a Gorillaz album could be.

Released just ten months after its predecessor, Gorillaz’s fourth album, The Fall, was a surprise in more ways than one. Teased in November 2010, when Albarn told NME, “I’ve made it on an iPad – I hope I’ll be making the first record on an iPad,” the album became available to download on Christmas Day for members of Gorillaz’s fan club, Sub Division. Surprise number two: when it arrived, The Fall sounded like nothing else Gorillaz had done to date.

“I fell in love with my iPad as soon as I got it, so I’ve made a completely different kind of record”

Written and recorded while taking Gorillaz’s Escape From Plastic Beach Tour across the US that October, The Fall was part worn-out travelogue, part the ever-restless Albarn’s way of channelling new inspiration. “I had a month on tour in America and every day I had at least three hours of emptiness to fill. So I filled them,” he said, in a matter-of-fact manner befitting his prolific nature. Song titles such as Phoner To Arizona, Detroit, Shy-Town and The Snake In Dallas acknowledged the cities that had sparked their creation, while Albarn, enamoured with his newly acquired hardware, created a collection of lo-fi beats and sketched observations that had more in common with his 2003 solo release, Democrazy, than it did Gorillaz’s previous album, Plastic Beach.

Yet, where that album’s slickly-fashioned pop songs featured guest spots from Snoop Dogg, Kano, Gruff Rhys and The Fall’s Mark E Smith, this Fall was largely the sound of one man trying to make sense of the country he was traversing while in charge of a small continent’s worth of musicians. It had been almost 20 years since Albarn had first visited the US, in support of Blur’s debut album, Leisure, and, having often caused the group consternation during the Britpop era – leading them to record defiantly British albums such as Modern Life Is Rubbish and Parklife – the US continued to provoke a response in the singer.

“I used to be very baffled by this place, and I guess I still am in some ways,” Albarn admitted to NME. “America confused me enormously. But right now with all that’s going on this is a good place to be and this has been a great tour, the shows have been very special.”

Calling The Fall “a love letter to America”, Albarn explained, “It sounds like an English voice that has been put through the vocoder of America,” adding that it was “more American-sounding than Blur”. Issued days ahead of the album’s release, however, teaser track Phoner To Arizona vocoders Albarn’s voice beyond all intelligibility amid oscillating sound waves, as if he were a man lost in the digital haze of life on the road, his newly acquired iPad his only form of connection to the world beyond his tour bus.

Despite calling himself a “technophobe and Luddite”, Albarn admitted, “I fell in love with my iPad as soon as I got it, so I’ve made a completely different kind of record.” Bar a few guest appearances from Gorillaz’s touring mainstays such as guitarist Mick Jones and bassist Paul Simonon, and a vocal turn from soul icon Bobby Womack, The Fall was largely recorded by Albarn himself, exploring his iPad’s beat-making capabilities, with a few extra overdubs – ukulele, melodica, Omnichord – on top.

“A subtly cheeky spin on the road-trip epic: ‘Easy Rider’ via ‘Tron’”

Not that The Fall was merely an excuse for Albarn to jab at the buttons on his new toy. With ukulele twangs underpinned by the kind of synth line Eurythmics would have sweet-dreamed of, Revolving Doors finds a homesick Albarn hearing The Beatles on a diner’s sound system and reflecting on the dislocation of touring life: “Revolving doors, what have I done?/… Paid up for seven/But he only an eight now, now… He paid up for three/But he only got two.” With a similar yearning, Bobby In Phoenix layers Delta guitar and sci-fi whirrs beneath Womack’s rugged tribute to the Phoenix air – what Rolling Stone magazine called “an interstellar-blues sermon” which demonstrates “that iPads can have feelings too”.

Elsewhere, however, the mood turns edgy, developing from Detroit’s playful aping of its namesake city’s hard-edged techno to The Joplin Spider, in which a chance encounter with a poisonous arachnid gives way to a feverish collision of panning bleeps and low-rolling drones. Add the spoken-word samples of The Speak It Mountains – chattering like an educational record gone totalitarian – and The Parish Of Space Dust’s wayward trawl through Deep South radio stations, and The Fall sometimes feels like the fever-dream visions of a mind rear-ending itself across time zones.

An antidote, if it’s needed, comes in the twinkling soundscapes of Shy-Town – sounding as if Albarn’s tour bus has become the Jetsons’ space car – or the wistful transmission of California And The Slipping Of The Sun, which drifts in a somnambulant airstream until a last-minute gear shift propels Albarn back home.

Made available as “a gift” for fans to download on 25 December 2010, The Fall was received by Rolling Stone as “the sound of Damon Albarn blowing trees and tweaking apps as the American outback rolls by his bus window… a wistfully spaced-out, subtly cheeky spin on the road-trip epic: Easy Rider via Tron”.

Speaking to PerthNow ahead of taking the Escape From Plastic Beach Tour to Australia that same month, Albarn explained his haste in releasing the album: “I wanted to make sure that it came out at the end of the tour because I don’t want anyone to think I’d tampered with it… If I left it until the New Year to release it then the cynics out there would say, ‘Oh well, it’s been tampered with,’ but if I put it out now they’d know that I haven’t done anything because I’ve been on tour ever since.”

With records such as Demon Days and their self-titled debut album, Gorillaz had challenged notions of pop music at the start of the 21st century. Yet in its bare-bones construction, The Fall pushed the Gorillaz concept off a cliff. Armed with just an iPad and a DIY mindset, Albarn now seemed to suggest that the “virtual band” could evolve into anything he’d yet to imagine.

Find out which Gorillaz album ranks among our best 2000s albums.