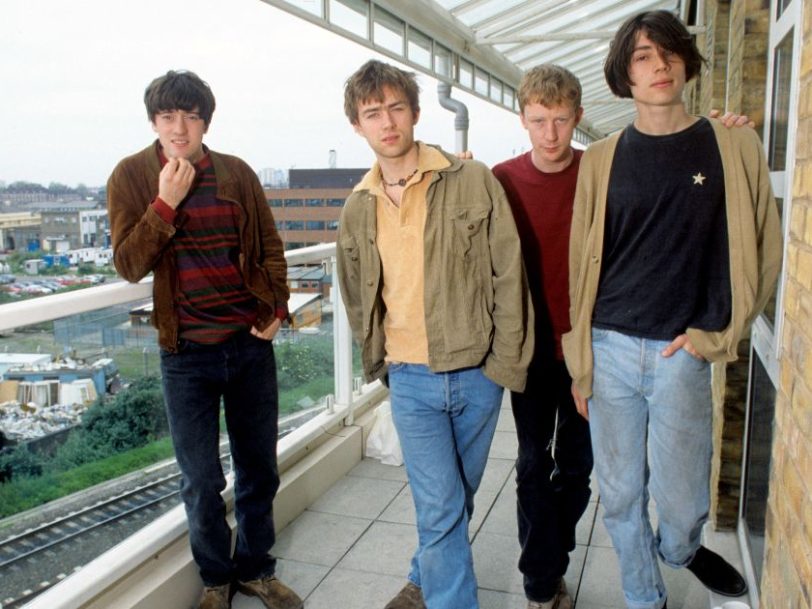 ‘Leisure’: How Blur Became “The First Great Group Of The 90s”

Often seen as the work of a band finding its voice, Blur’s debut album, ‘Leisure’, contained plenty of hints at what would follow.

Released in the summer of 1991, Blur’s debut album, Leisure, is often figured as an adolescent anomaly among a towering body of work whose “Britpop” tagging belied the art-rock aspirations that lay beneath the surface. Like British rock music itself – which was waning in significance as the Manchester-led “baggy” scene petered out – Blur were still searching for an identity at the start of the decade. Soon, however, they would be at the forefront of a whole new movement which would define British music for the 90s.

“The first great group of the 90s”

With five producer credits, heavy input from David Balfe, co-founder of Blur’s record label, Food, and the combined input of the four very different personalities that comprised the group, Leisure’s birth was more strenuous than its title suggests. For his part, Balfe was keen for Blur to latch on to whatever remained of baggy’s indie-dance crossover appeal, while producer Stephen Street, who helmed seven of the album’s 12 tracks – and would go on to see Blur through their career-making albums – saw the group’s potential to become for their generation what one of his former charges, The Smiths, had been for 80s indie kids. Blur themselves, who had originally formed as Seymour in late 1988, a year after The Smiths imploded, felt the challenge of appeasing all sides while also maintaining some of the more leftfield aspects of the songs they had penned in their first incarnation and which they were now bringing to the recording sessions for their debut album.

“It was being pulled in different directions,” drummer Dave Rowntree later confirmed to DJ, rock critic and Blur biographer Stuart Maconie. “Graham [Coxon, guitar] was worried about being too pop at the exclusion of Seymour-style weirdness which he got off on. Balfe was worried that that Seymour side of things was going to make us enemies… Damon [Albarn, frontman], I think, was trying to keep everyone happy and push us into a more song-led direction. He wasn’t sure whether you could build a career on this unpredictable wildness we had live so he was trying to move the whole thing on to a more songwriterly, musicianly basis and I was with him on that.”

“The best guitarist I’d worked with since Johnny Marr”

Writing in his memoir, Bit Of A Blur, Alex James recalled that the group’s early songs “had been well honed over the course of the live shows, and in the studio there wasn’t a lot of writing to be done. It was just a question of playing the songs well.” But though they’d gained a reputation as a raucous live act – with an unlikely stint supporting cult US psychobilly group The Cramps on their CV – Blur’s “unpredictable wildness” was reined in on their debut single, She’s So High, released in October 1990 as a double A-side with a song called I Know.

Dating from the group’s first Seymour rehearsal, a demo of She’s So High captures what Albarn once described as Blur’s early goal: to “play loud, fast music, jump around a lot and do it to the point of exhaustion”. With drum machine, piano, Coxon’s guitar – sometimes slashing away at chords, sometimes picking out pleasingly melodic lines – and Albarn’s tentative vocal melody, the recording hints at how the group fashioned an 11-minute jam into a tight chart contender which led Sounds magazine to proclaim Blur “the first great group of the 90s”. Coxon’s final guitar riff may have said “indie disco”, but Alex James’ bass line had a pop bounce which he would soon bring to many of the best Blur songs, while a backwards guitar part gave the finished recording a lightly psychedelicised feel to help entrance clubland listeners still coming down from the Second Summer Of Love.

She’s So High’s follow-up did even more to that effect. Released six months later, There’s No Other Way leapt 40 places ahead of its predecessor to peak at No.8 in the UK; powered by a looped drumbeat and a similarly cyclical guitar riff, the song – which had initially been pegged as B-side material – the song proved that Blur were well on their way to writing earworm tunes that could dominate the charts. Speaking to Record Collector magazine in 2012, Coxon admitted that “there was the temptation to get the BPM in the prime dance area” during the recording, but that he “never felt comfortable with loops”. Yet Stephen Street, earning his first production credit with the group, marvelled at “the best guitarist I’d worked with since Johnny Marr”, while Music Week would hail There’s No Other Way as an “organ-bleeding, guitar-powered, post-psychedelic delight, a dancefloor and radio-friendly monster in the making”.

“A treasure-chest of hit singles just waiting to happen”

In short order, Blur had exhausted the possibilities of the baggy sound. They themselves admitted to tossing out Leisure’s third single, Bang, in a mere 15 minutes, in an attempt to give their label another song in that vein, but prevailing trends were limiting the group’s view of what they could accomplish, with Albarn leading the way as their main songwriter.

“He made demos on his four-track at home, and almost everything started with those,” Alex James later explained. “They usually consisted of a drum machine playing a preset pattern, an acoustic guitar playing the chords and him singing. They were short, unstructured, rough sketches, but they contained the vocal melodies that everything was ultimately built around. Graham didn’t often have to be told what the chords were and was usually playing along before the end of the tape.”

This practice would underpin much of Blur’s future work, and Leisure offers flashes of the band they would become. The brash, layered guitars of Slow Down and album closer Wear Me Down – the latter with some dynamic kit work from Dave Rowntree – have more in common with US alt-rock than anything coming out of the UK at the time, and point six years ahead to the influence Coxon would have on Blur’s self-titled album. And if Bang’s lyrics offered a fleeting glimpse at the more observational songwriting Damon Albarn would make his own, beginning with Leisure’s follow-up, Modern Life Is Rubbish, a pair of Leisure album cuts make for forbears of his work with Gorillaz, with the languid beat that underpins Repetition and the melodica which opens Bad Day being used to fuller effect on the hirsute virtual band’s debut single, Clint Eastwood. Even Leisure’s artwork – a 1954 portrait taken from a Picture Post magazine feature on bathing hats – set the pace for a run of Blur album covers which recontextualised images of everyday British life for record-store shelves around the country.

At the centre of Leisure is a song that pulls the album’s disparate elements together into six minutes of textured soundscapes and haunting melodies which are as much the confident Blur of 13 as they are the work of a fledgling group testing out their capabilities. The only song on the album produced by the band themselves, Sing evolved out of a piece of Velvet Underground art-rock from the Seymour days, as remains evident in its guitar washes and repetitive, heavy-hit piano chords, its kinks not so much straightened out by the time it was recorded as they are hammered into a controlled, tune which NME later highlighted for “its cathedral-like atmosphere and cinematic scope”, hearing in it “the embryonic work of the man who [would] go on to write operas and crate cartoon popstars”. Indeed, if Leisure largely finds Damon Albarn not yet in full command of his voice – both as a singer and a lyricist – the world-weary Sing sees him convincingly passing as wise beyond his years. Almost two decades after Leisure’s release, Coldplay would look to the song for inspiration for their fourth album, Viva La Vida Or Death And All His Friends, referring to Sing as an “amazing” track which made them feel they had to “get better as a band”.

“One of those happy occasions when the hype is dead right”

Released on 26 August 1991, Leisure would make it to No.7 in the UK, with Q magazine awarding the album four out of five stars and calling it “a substantially stocked treasure-chest of hit singles just waiting to happen”, and Select hearing in it “one of those happy occasions when the hype is dead right”.

Arguably, however, the hype was wrong. While Blur would have no problem making hit singles in the years to come, they would become far more than a pop group. Graham Coxon may have told Stuart Maconie that Leisure “was definitely the best we could have done at the time”, but as Albarn reflected in the Blur documentary No Distance Left To Run, “Thank God that was a time when you could make a record that wasn’t right and not be discarded the next minute.”

After a US tour during which they felt stranded and homesick, unable to connect with North American audiences, the group would reconsider everything they wanted to say in their music. Re-emerging two years later with Modern Life Is Rubbish, they changed not only the course of their career, but also the course of British rock in the 90s. Select may have felt that Leisure gave Blur “a hefty leg-up in the being-taken-seriously stakes”, but no one was truly prepared for how seriously they would demand to be taken.

Buy Blur vinyl and more at the Dig! store.