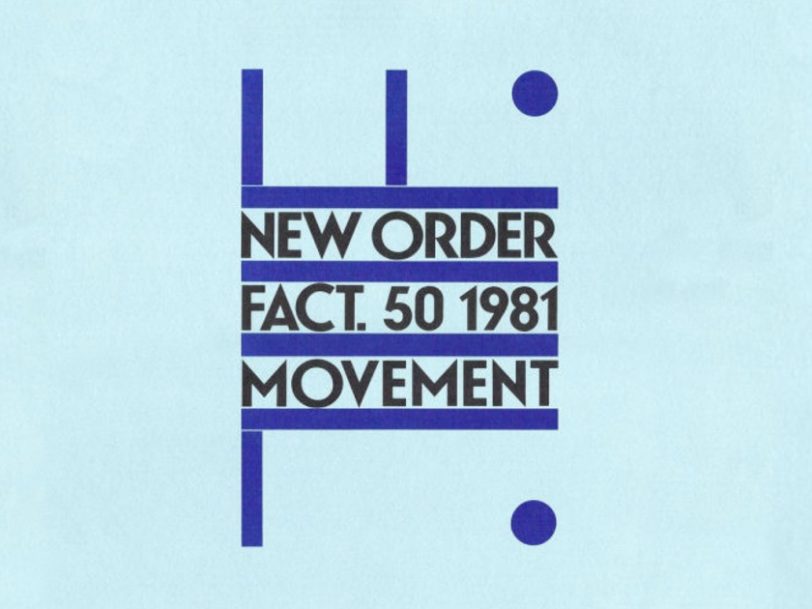 Bridging the gap between Joy Division and New Order, the ‘Movement’ album provided ‘a rough draft for future greatness’.

Making their debut album, Movement, was never going to be easy for New Order. First released towards the tail-end of 1981, it arrived just 18 months after vocalist Ian Curtis’ suicide put an end to their highly acclaimed previous band, Joy Division – a tragic event which forced guitarist Bernard Sumner, bassist Peter Hook and drummer Stephen Morris to start again from scratch.

Despite the emotional upheaval, the Manchester trio were adamant that they would continue making music regardless of where it led them. Indeed, Hook penned their first new song, Dreams Never End, just days after Curtis’ death. The fledgling outfit – who remained unnamed at this stage – knew that survival meant taking the loss of their friend on the chin and simply carrying on.

“It really was a bridge into New Order”

“We had dinner in Macclesfield and asked ourselves, ‘Do we want to carry on or go back to having day jobs?’” Hook told Record Collector in 2020. “We agreed to rehearse on the Monday, and over the weekend I wrote the riff [for Dreams Never End] in my bedroom. I took it in to rehearsals and we worked on going forwards.”

Despite adopting such a pragmatic approach, bumps were still up ahead. After a first, tentative US tour in the autumn of 1980, Sumner was appointed as the band’s new lead vocalist, and the group recruited Morris’ girlfriend (now wife) Gillian Gilbert as their fourth member, to add both keyboards and guitar. After further deliberation, they adopted the name New Order and began gigging, working up the material for Movement during rehearsals and through a spate of UK and European gigs across the winter of 1980 and 1981.

“We were starting to enjoy standing up for ourselves”

While the band believed they had enough new songs ready to go by the spring, producer Martin Hannett was less enthusiastic. The Movement sessions duly went ahead at Stockport’s Strawberry Studios under Hannett’s tutelage, but they were fraught from the start.

“We had such a tough time making Movement, emotionally, because of Martin,” Hook recalled. “He was grieving, getting into drugs heavily and he made no bones about telling us how the ‘genius’ had died and left behind the shit Manchester United fans. He’d lock himself in a room and say, ‘If I hear anything I like, I’ll come out.’ And not come out! It was such a kick in the balls, so after Movement we never gave him another chance.”

Nevertheless, while Sumner (and, to a lesser extent, Hook) were still feeling their way as frontmen, the band came up with some highly promising new material. While they still seemed to channel Curtis on ICB and the haunted, drum machine-driven Truth, the strident Dreams Never End and the dark, brooding Chosen Time established a sound not far away from the best Joy Division songs. Elsewhere, the propulsive Denial and Senses’ gothic electro-pop hybrid now read like signposts to the glorious dance-pop of the best New Order songs and the rebirth the group would soon undergo on their second album, Power, Corruption & Lies.

“We wanted the sound to be cleaner and more powerful”

Hannett’s increasingly wilful behaviour inadvertently did New Order a favour: Sumner and Hook had both gained in confidence after observing the producer’s in-studio methods while Joy Division made Unknown Pleasures and Closer, and the pair began to assert themselves more when the Movement sessions moved to London for mixing, first at Marcus Music, in Kensington, and then at Trevor Horn’s Sarm West Studios, in Notting Hill.

“We wanted more drums and for the sound to be cleaner and more powerful,” Hook wrote in his memoir Substance: Inside New Order. “Making Unknown Pleasures, we would never have dared ask Martin for more drums; making Closer we might have been brave enough to suggest it, but on Movement we were demanding it. We were starting to enjoy standing up for ourselves.”

Indeed, New Order even assumed a more hands-on role when it came to Movement’s album cover, when – at manager Rob Gretton’s behest – Hook went down to London to help Peter Saville complete the artwork, which was based upon a poster by the Italian futurist painter and graphic designer, Fortunato Depero.

“A rough draft of future greatness”

Ranked among the year’s most anticipated releases, Movement finally hit the shelves on 13 November 1981. Despite coming up against several other high-profile albums, among them OMD’s Architecture & Morality and The Human League’s zeitgeist-busting Dare – not to mention Factory Records’ recently-released Joy Division collection, Still – it held its own in the marketplace, peaking at No.30 in the UK album charts during a ten-week run and topping the prestigious Independent Chart run-down.

Movement’s reputation has since been considerably boosted, with Record Collector’s enthusiastic and well-balanced 2020 critique (“An underrated debut and a rough draft of future greatness”) being typical of recent reappraisals.

“Movement was like a Joy Division musical album with New Order vocals,” Hook reflected in 2020. “It really was a bridge into New Order, and it’s very important for that. I must admit that, playing it live, as I did in its entirety recently, I realised what an absolutely fantastic record it is.”