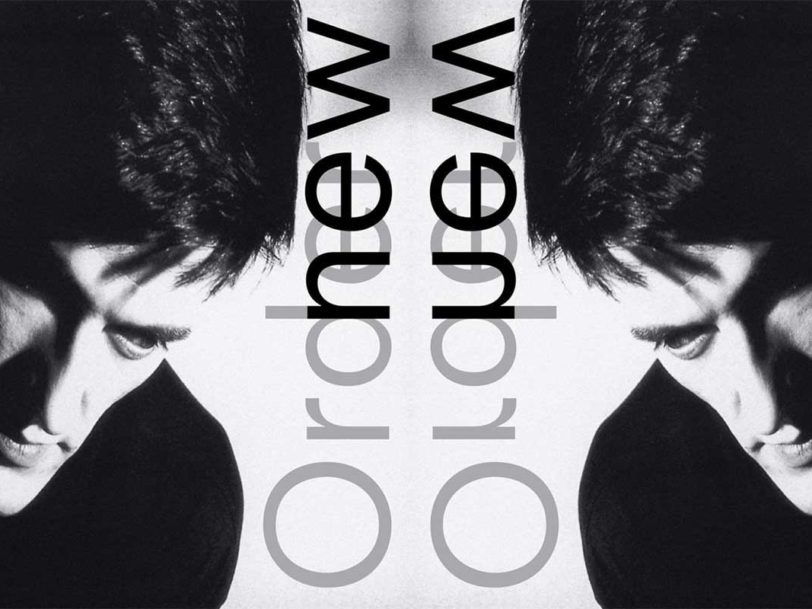 New Order’s pivotal second album, Power, Corruption & Lies, saw the band integrate synths and sequencers into their angular post-punk sound, emerging with something uniquely theirs. Garnering widespread acclaim, the record went silver and cemented the Manchester quartet’s hip cachet, yet they would burrow deeper into the mainstream with their sublime third album, Low-life.

“A short, sharp shock to the correct place”

It’s also fair to say that Low-life was the first New Order album where Bernard Sumner and co went into the studio carrying the burden of expectation. The band (and their UK label, Factory Records) were famous for their laissez-fair attitude, but after the success of Power, Corruption & Lies and their game-changing hit Blue Monday, things began to heat up considerably in the US, where New Order signed an impressive new deal with Quincy Jones’ Warners’ offshoot Qwest.

As to what Low-life would sound like, New Order’s post-Power, Corruption & Lies singles, including the Arthur Baker-helmed Confusion and the lush synth-pop of Thieves Like Us, strongly hinted that electronica would again be a significant strand of the record’s DNA. Indeed, the band had recently upgraded their sonic armoury, with a newly-acquired Voyetra 8 replacing Gillian Gilbert’s previous Quadra synthesiser. They also continued to prioritise their Emulator sampler, even if it could be notoriously temperamental.

“Much like Basil Fawlty, I did like violently thrashing it with a lump hammer or piece of scaffolding,” Stephen Morris revealed in his memoir Fast Forward. “Sometimes it would refuse to loads its disks and frequently refuse to start up at all. I discovered this was remedied by brute force. A short, sharp shock administered to the correct place on its rear panel was all it took for normal service to be resumed.”

“We were near the top of our game”

Technological tantrums aside, New Order were in good shape as they began work on Low-life. The group entered London’s Jam Studio (formerly the Decca Records studio near Finsbury Park) with a clutch of new tracks ready to go and another one already in the can.

“We’d written an instrumental track for a film i-D Magazine were commissioning,” Morris recalled. “Elegia was inspired by Ennio Morricone’s score for the duel scene in Sergio Leone’s classic western For A Few Dollars More. You can’t go wrong with a bit of Morricone. The film never got made, so we ended up with a 15-minute instrumental to cut down for our next album.”

Both elegant and moody, Elegia wasn’t, however, representative of Low-life. For the most part, the record seamlessly incorporated the best of the analogue and digital worlds, with tracks such as the optimistic Face Up and the smart, catchy Sub-culture clearly crafted for the dancefloor, and the likes of Sooner Than You Think and Sunrise framed by guitars. In fact, the adrenalised Sunrise was propelled by one of Peter Hook’s most seismic basslines and rocked as hard as anything the band recorded during their Joy Division days.

“Their fusion of rock and electronics became seamless”

Elsewhere, Bernard Sumner’s desire to pen a narrative-style song redolent of country music resulted in another one of the of Low-life’s standout guitar-driven tracks, Love Vigilantes. Despite its unlikely premise, it still ended up sounding like a quintessential New Order song – and it stands among the best New Order songs today.

“It was at least partly inspired by [Kenny Rogers And The First Edition’s] Ruby, Don’t Take Your Love To Town, a song we all loved,” Stephen Morris wrote in Fast Forward. “Love Vigilantes is a great song, and like all the best songs it’s also very simple. But Bernard’s lyrics and guitar and Hooky’s bass make it fantastic. One of my favourites.”

Arguably Low-life’s key track, however, was its first single, The Perfect Kiss. Perhaps with the US market in mind, the band agreed to include it on the album, rather than as a standalone single, though for Low-life it was edited down to just under five minutes. The song could be heard in all its epic, nine-minute glory as a 12” single (later included on New Order’s Substance singles collection), for which Talking Heads’ Stop Making Sense director, Jonathan Demme, shot a memorably stylish, MTV-friendly promo video.

Agreeing to include a single on an album wasn’t the only concession to the industry New Order made with Low-life: the record cover also featured portraits of the four band members for the very first time – albeit presented in slightly distorted form in a typically ambitious, Peter Saville-designed sleeve constructed partly from semi-transparent pieces of paper.

“We grew up and became a proper band”

As with most Factory Records releases, the artwork was aesthetically pleasing, though when Low-life was first issued, on 13 May 1985, it was the music which really turned heads. Most of the critics were full of praise, noting that the album found New Order forging their own identity and had – as Melody Maker put it – “reached the point where their fusion of rock and electronics became seamless.”

Though a well-deserved UK Top 10 hit, Low-life didn’t provide a substantial US breakthrough, though it did sneak into the lower reaches of the Billboard album chart and went gold in Canada. Succeeding in raising the band’s international profile, it remains a record New Order themselves are rightly proud of.

“With Low-life, I think we grew up and became a proper band,” Stephen Morris reflected in Fast Forward. “We weren’t necessarily polished, because that’s not necessarily good. But we wrote great songs and played them with conviction and that is a good thing. Everybody knew what they were doing and even if we didn’t realise it at the time, we were somewhere near the top of our game.”

Find out which Low-life tracks remain highlights among our best New Order songs.