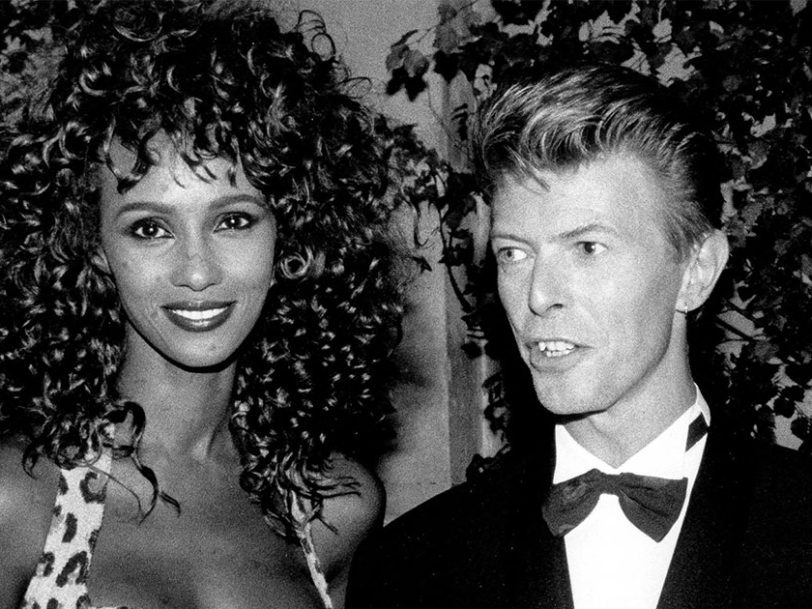 David Bowie In The 90s: A Decade Of Brilliantly Adventurous Albums

During a decade in which Britpop reigned supreme in the UK and grunge music rewrote the rock rulebook in the US, David Bowie was both a feted elder statesman and a restless innovator determined to prove he could deliver work that held its own among the best 90s albums. After making a determined assault on the pop mainstream throughout the 80s, Bowie once again began creating provocative music which challenged both himself and his fans. Collected on the Brilliant Adventure (1992-2001) box set, the five albums he released from 1993 to 1999 chart a period in which he reconnected with his drive to outrun himself. Here’s what to expect from David Bowie’s 90s albums…

Newly married and looking to recent developments in hip-hop and R&B, Bowie envisioned a different sort of project to the one Rodgers had in mind. But while the producer later admitted that he “was trying to turn it into a very, very, very commercial piece of work” while Bowie “was trying to make this artistic statement about this period in his life”, Bowie himself felt they could rally around a common cause. Speaking to The Boston Globe at the time of Black Tie White Noise’s release, he noted, “We both basically missed the same element, with what was happening with the new R&B, which is now hip-hop and house, and what we were missing was the strong melodic content that was apparent in the 60s.” An early indicator that David Bowie’s 90s albums would find him in as creative a frame of mind as he’d ever been, songs such Jump They Say landed comfortably in this middle ground while the album as a whole cleared a path for Bowie to begin experimenting in ways he hadn’t since the 70s.

Must hear: Jump They Say

If Black Tie White Noise served brash notice that he was once again looking to explore new areas, The Buddha Of Suburbia was an altogether more downbeat release among David Bowie’s 90s albums – though it was no less an indicator of his creative development in the early part of the decade. Agreeing to soundtrack the TV adaptation of Hanif Kureishi’s novel of the same name, Bowie whittled the ten-track project down from a reported 40 cues, emerging with a restrained yet wide-ranging collection which revealed his continued engagement with contemporary electronica. As if acknowledging the impact his breakthrough work had on popular culture, the album offered a contemporary update on several of his own past touchpoints, with ambient passages such as The Mysteries picking up from where the Low and “Heroes” albums left off, and the churning Bleed Like A Craze, Dad taking up partial residency in Lodger’s avant-pop territory. Elsewhere, Buddha Of Suburbia lifts a quick riff from Space Oddity while Sex And The Church offers a post-dance take on the novel’s twin themes. A first pass of Strangers When We Meet finds Bowie working towards the widescreen ballad style of his later years, and would be perfected in the re-recorded version that would bring his next studio album, proper, 1. Outside, to a close.

Must head: Strangers When We Meet

With Brian Eno back in the co-producer’s chair for the first time since collaborating with Bowie on the “Berlin Trilogy”, and a crack band that included modern-day creative foils Reeves Gabrels (guitar) and Erdal Kızılçay (bass), plus returning co-conspirators Carlos Alomar (rhythm guitar) and Mike Garson (pianist), Bowie set about recording the best of his 90s albums, and arguably the most challenging record of his career. Inspired by outsider art, the nascent internet and his own penchant for filtering his vision through an array of characters, Bowie framed 1. Outside as a “non-linear gothic drama hyper-cycle” that was part murder mystery, part gleeful attempt to rebuild his music from scratch, all reassertion of Bowie’s inimitable creative genius.

From an initial batch of lengthy improvisations during which his musicians were tasked with performing while listening to songs recorded by other artists – without being allowed to hear what their bandmates were doing – Bowie and Eno edited together 1. Outside’s less conventional material, such as the abstract jazz of A Small Plot Of Land. Later sessions yielded some of the album’s more straightforward songs, among them Hallo Spaceboy. Between the two extremes, Bowie created a brutal world in which real-deal murder has become celebrated in an underground trend known as “Art Crime”, as captured in the industrial pummel of one of the best David Bowie songs of any era, The Hearts Filthy Lesson. The album’s storyline was left unresolved, and planned sequels never came to pass, but 1. Outside was nevertheless greeted by Rolling Stone as “arguably his best work since the 70s… a potent collection of avant-garde riffs and rhythm notions”. For Bowie himself, it was “just the kind of music I need in my life”.

Must hear: The Hearts Filthy Lesson

If The Hearts Filthy Lesson and, in particular, Hallo Spaceboy marked Bowie’s latest step towards an ever more electronic, drum’n’bass-influenced sound across his 90s albums, Earthling was DB at his most D’n’B. Thrilled with how good his live band sounded while touring the 1. Outside album, Bowie ushered them into the studio as quickly as possible, recording Earthling in a matter of months. Seeking to capture “a sonic photograph of what we were like at that time”, Bowie emerged with a record that bounced from the squalling guitar and jungle beats of Little Wonder to the industrial rock of I’m Afraid Of Americans while doing little to suggest he was now an elder statesman whose older work was vaunted by the Britpop bands then dominating the UK music scene. Surveying his own place on that landscape, Bowie simply told Q magazine that “people like myself… move with the way life flows”.

Having spent decades at the forefront of every musical trend – and often remaining leaps ahead of them – the final David Bowie album of the 90s offered a surprise of a different sort. With the 20th century drawing to a close, and well over three decades of music-making behind him, Bowie finally seemed ready to reflect on all he’d done. A memorable entry among David Bowie’s album covers, the ‘hours…’ sleeve found him cradling an expired past self – the perfect image for a collection of songs that often focused on mortality and the passing of time.

“It’s a more personal piece, but I hate to say its autobiographical,” Bowie told Uncut of the album. And yet there was no mistaking the sentiments behind songs such as Thursday’s Child (“All of my life I’ve tried so hard/Doing the best with what I had”) and Survive (“Where’s the morning in my life?/… Who said, ‘Time is on my side’?”). Disarmingly meditative in ways he had never been before, ‘hours…’ set the stage for Bowie’s final reckoning with death 17 years later, on his masterpiece Blackstar album.

Released across a five-month period from autumn 2020 into spring 2021, the Brilliant Live Adventures [1995-1999] collection offered in-concert counterparts to the studio albums David Bowie released through the 90s. Capturing him on tour in support of the 1. Outside, Earthling and ‘hours…’ records, the six recordings ranged from thoroughly energised Outside Tour shows, in which revitalised back-catalogue cuts nestled comfortably among his more brutal new material, and intimate club settings that find Bowie delivering choice ‘hours…’ moments with all the relaxed charm of the living legend he’d become.

Must hear: The Hearts Filthy Lesson (Live At The Phoenix Festival, 20 July 1997