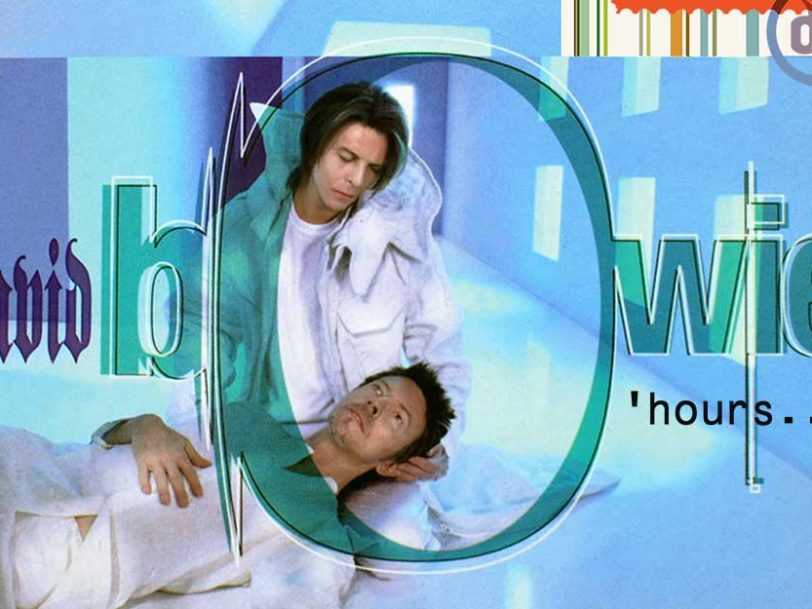 ‘hours…’: How David Bowie Saw The Future And Reflected On Times Past

The 1999 album that began life as a computer-game soundtrack, ‘‘hours…’’ found David Bowie ‘trying to capture the feelings of guys my age’.

After proving that he was abreast of the cutting-edge sounds emanating from dance culture with 1997’s Earthling, David Bowie’s next album, ‘hours…’, found him in a more downbeat, introspective mood. Still, while the music on ‘hours…’ may often have been reminiscent of moments from his 70s heyday, the catalyst for the material was anything but traditional.

“I approached it as though I was doing a movie”

Unsurprisingly, given his restless artistic nature and fascination with the new, technological advances had been hugely exciting for Bowie throughout the 90s. He grasped the potential of the internet before most musicians, realising early on that it could be a game-changer in terms of instant communication with fans and immediate distribution of his music. Though the song Telling Lies would feature on Earthling, he’d issued three download versions of it in 1996, becoming one of the first major artists to release music digitally. Similarly, he webcast a show from Boston on his Earthling tour; the technology might not have been quite there yet in terms of the quality of the stream, but Bowie could see its possibilities.

In 1998, he pre-empted a world of artist-generated content and crowdfunding platforms by launching BowieNet, a prescient and hugely profitable venture that promised fans exclusive interviews, photos, news and videos. Towards the end of that year, Bowie’s embrace of new technology and ways of reaching audiences resulted in him working closely with the software company Quantic Dream on a computer game, Omikron: The Nomad Soul. Not only agreeing to work on the soundtrack, Bowie also appeared in the game as two characters. He recruited guitarist Reeves Gabrels – a regular collaborator since 1987 – to assist with the task, as Gabrels recounted in David Buckley’s Strange Fascination: “I was asked by David to write a couple of songs with him for Omikron. After we met with the Eidos [game developers] team, I suggested that we should do all the music. It seemed only natural to me, as I had already done many television and film soundtracks.”

The duo eventually wrote eight songs for the game – seven of which appeared, in alternate versions, on ‘hours…’, with the eighth, We All Go Through, being issued as both a B-side and a bonus track to the Japanese edition of the album – while Gabrels also composed “about two to three hours” of instrumental theme music. Talking to the New Zealand Herald in June 1999, Bowie was clearly invigorated by the commission: “I approached it as though I was doing a movie, so we wrote a soundtrack for it. There’s ambient music, fight scene music, music for the strip clubs and all that – and being a French-designed game, there are plenty of strip clubs. You have to get the game to get the music.”

Of the Omikron songs that made it on to ‘hours…’ – the singles Thursday’s Child, The Pretty Things Are Going To Hell, Survive and Seven, plus Something In The Air, New Angels Of Promise and The Dreamers – the most drastic change between the Omikron and ‘hours…’ versions came with New Angels Of Promise, where the word “Omikron” was changed in the chorus to “Suspicious minds” for the album version.

The ‘hours…’ sessions began at the start of 1999, when Bowie and Gabrels wrote and recorded demos for Omikron. Come spring, the pair had enough material to begin recording the songs at Seaview Studios in Bermuda. In a BowieNet live chat, on 27 April, Bowie gave fans a taste of what to expect, claiming they had already “produced well over three or four songs. Actually over 100 songs.

“We’re recording most of the stuff ourselves and Reeves and I are playing most of the instruments and programming drums, etc,” he continued. “But I think you’ll be surprised at the actual intimacy of it all.” A lot of the material Bowie referred to seems to have comprised the 34 instrumental tracks which appeared in the game, eight of which were Bowie-Gabrels co-writes, with the remaining 26 being Gabrels’ work.

Once the pair reconvened in New York City to finish the project – which had evolved into Bowie’s next studio album proper – extra musicians were brought in, including bassist Mark Plati, drummer Sterling Campbell and singer Holly Palmer, who provided backing vocals on Thursday’s Child after Gabrels nixed Bowie’s initial plan of asking TLC to appear on the record.

“I was trying to capture the feelings of guys my age”

Released on 4 October 1999, the finished ‘hours…’ found Bowie appearing to look back over his life, with standout track Seven being typical of the album’s broadly reflective and melancholic tone. Still, despite having an album cover which pictured the new-look Bowie cradling his Earthling-era self, Bowie rejected the idea that the record was autobiographical. “It’s a more personal piece, but I hesitate to say it’s autobiographical,” he told Uncut. “In a way, it self-evidently isn’t. I also hate to say it’s a ‘character’, so I have to be careful here. It is fiction. And the progenitor of this piece is obviously a man who is fairly disillusioned. He’s not a happy man. Whereas I am an incredibly happy man! So what I was trying to do, more than anything else, was capture some of the angst and feelings of… guys of my age. I’d say, broadly, it’s songs for my generation… So it’s personal, but not some hybrid fantasy.”

Considering the unusual way it came to life, ‘hours…’ succeeds as a cohesive body of work – an elegant, musically sophisticated set of songs that show a writer refocusing his energies. Songs such as Thursday’s Child and Seven pre-empt the bittersweet nostalgia that would come with 2002’s Heathen and 2013’s grand comeback single Where Are We Now?, while the glam-industrial The Pretty Things Are Going To Hell showed the young pretenders to his throne how it was done, while laying the foundations for the rockier aspects of 2003’s Reality. In embracing technology, Bowie was again making a new future for himself and his work.