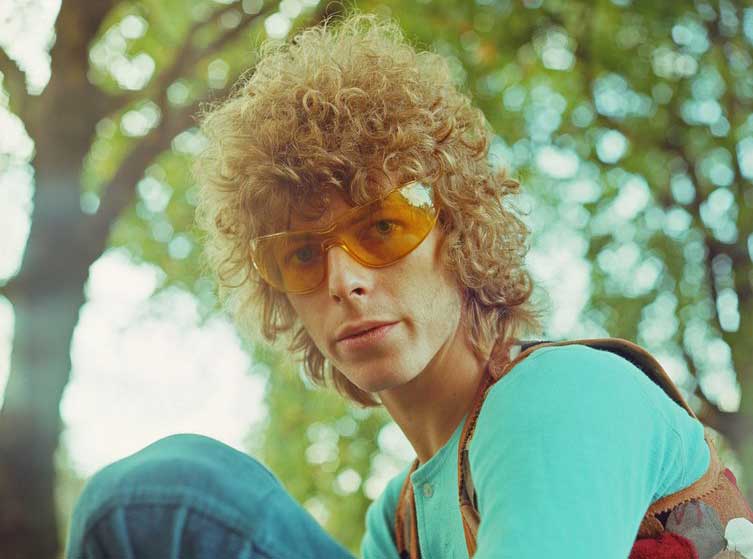 Perceived by some to be a cash-in novelty song, Space Oddity laid out David Bowie’s longstanding themes of isolation, alienation and fame.

As David Bowie’s first bona fide hit, Space Oddity took him into the charts and launched him into the stratosphere. But while the song contains many of the themes Bowie would explore in greater depth as his music evolved, it initially seemed to peg him as a folksy songwriter with a novelty tune timed to coincide with the Apollo 11 Moon landing.

“In England, it was always presumed that it was written about the space landing because it kind of came to prominence around the same time,” Bowie told Performing Songwriter in 2003, before asserting, “But it actually wasn’t. It was written because of going to see the film 2001, which I found amazing.”

“It was a good song that I wrote too early”

Released in the spring of 1968, Stanley Kubrick’s visionary sci-fi epic, 2001: A Space Odyssey, was an existential meditation set to film, and chimed with some of the ideas Bowie was toying with as the utopian dream of the 60s showed signs of fading. “I was very stoned when I went to see it, several times,” Bowie later admitted, adding, “and it was really a revelation to me. It got the song flowing.”

Punningly named after 2001 and the sort of “odd ditty” Bowie felt he had on his hands, Space Oddity also gave the world Major Tom, the first – and one of the most impactful – characters that Bowie would assume throughout his five-decade career. In contrast to Kubrick’s high-budget masterpiece, however, the song’s hero is pictured “sitting in my tin can” as he hurtles through space (“Low-tech space has always appealed,” Bowie later said). Though Bowie’s protagonist initially seems to be a role model in the mould of Apollo 11’s real-life astronauts Neil Armstrong and Buzz Aldrin, Space Oddity’s lyrics exert a darker gravitational pull on Major Tom’s fate.

Major Tom is lauded for his efforts (“You’ve really made the grade,” Ground Control assure him), but Space Oddity ultimately paints a picture of the isolation and alienation that can come with being a celebrity, while also finding Bowie mining his fascination with space to full effect – and not for the last time. Nor was this his sole observation on the trappings of fame. “The papers want to know whose shirts you wear,” Major Tom is told, but Bowie ultimately leaves the intrepid explorer floating helplessly in space, disconnected and unable to reach his loved ones – grim stuff at the height of the space race. But as a more cynical worldview seemed to take hold across politics and the entertainment industry throughout the 70s, and Bowie – himself a canny media operator – began to deeply experience the negative effects of his own success, Space Oddity took on a new significance.

“He never stated the obvious”

Initially recorded in February 1969 for inclusion in the half-hour promotional film Love You Till Tuesday, a musical-theatre project which featured Bowie miming to early vaudeville-indebted songs such as Rubber Band and Sell Me A Coat, Space Oddity had a DIY arrangement that seemed altogether dreamier than its later, best-known incarnation, and even made room for an ocarina solo. By the time he revisited it, on 20 June, in London’s Trident Studios, the song had been given a more confident arrangement and some technical innovations befitting a sci-fi pop song.

Entering the studio with bassist Herbie Flowers – then one of Britain’s most in-demand session musicians – and a 19-year-old Rick Wakeman, Bowie captured the version that would catapult him to the charts, thanks in part to its distinctive Stylophone bleeps, sky-scraping orchestration and Wakeman’s futuristic-sounding Mellotron parts. Though still built around Bowie’s 12-string acoustic, this arrangement upgraded the original’s “low-tech space” approach to widescreen effect.

“I loved the song,” Wakeman, who had yet to find his own fame as part of Yes, told Uncut in 2008. “And also credit has to go to David and Tony [Visconti, producer] because I don’t think anyone else at that particular time would have heard Mellotron on that piece, where it came in… It was clever. But that’s another thing I liked about David. He never stated the obvious.”

Visconti, who produced much of the self-titled Bowie album Space Oddity was earmarked for, was less enamoured with the song and stepped aside to allow Elton John producer Gus Dudgeon to oversee the session. “To me, this very original songwriter was ‘channelling’ Simon And Garfunkel and John Lennon very strongly, it was not like him to be like anyone else, totally out of his character,” Visconti recalled in 2015. “I also thought with all this activity from NASA with astronauts orbiting the Earth and maybe going to the Moon, this was an attempt to cash in… I admitted that it would be a hit, but I argued that it wasn’t his style and he’d never write a follow-up.”

Released on 11 July 1969, almost two weeks before the Apollo 11 Moon landing, Space Oddity was, indeed, a hit, eventually taking Bowie to No.5 in the UK, where it remains his biggest-selling single.

Though the song’s lyrics weren’t entirely lost on the BBC (with Major Tom left hopelessly adrift, radio wouldn’t play Space Oddity until the Apollo 11 crew had returned home safe; it finally charted in September, and peaked two months later), the UK’s major broadcaster used it to soundtrack their TV coverage of the event. “I’m sure they really weren’t listening to the lyric at all,” Bowie reflected over 30 years later. “It wasn’t a pleasant thing to juxtapose against a Moon landing… Obviously some BBC official said, ‘Oh, right then, that space song, Major Tom, blah blah blah, that’ll be great.’ ‘Um, but he gets stranded in space, sir.’” (In May 2013, Canadian astronaut Chris Hadfield filmed himself performing the song in zero-gravity while onboard the International Space Station. The first ever music video shot in space, it also featured tweaked lyrics that envisioned a more optimistic outcome for Major Tom.)

For a period, Bowie himself appeared to be stranded with the very song that, after five years of trying, finally brought him success. “It was, unfortunately, a very good song that possibly I wrote a bit too early, because I hadn’t anything else substantial at the time,” he told Musician magazine in 1983. But though he would unequivocally shake off the one-hit wonder tag when The Rise And Fall Of Ziggy Stardust And The Spiders From Mars launched him into the stratosphere in 1972 – bringing with it the rock’n’roll alien invasion of Starman, his long-awaited next hit – Space Oddity never left Bowie’s orbit.

“I was always surprised at how powerful it was”

Following Ziggy’s success, the English-language version was reissued in January 1973, where it reached No.15 in the US – a 109-place improvement on its original No.124 peak – to become Bowie’ first stateside hit. But, having moved into an entirely different creative galaxy by that point, a Ziggy-fied Bowie found himself dispassionately miming to the song for a promo video shot by the glam-era’s pre-eminent photographer, Mick Rock. Perhaps observing how Bowie’s prolific work rate found him almost constantly recording new material, Rock “viewed the studio as Major Tom’s tin can” during the shoot, which took place in RCA’s Studio 3, in New York City, just hours before Bowie was due to sail back to England.

“I really hadn’t much clue why we were doing this, as I had moved on in my mind from the song,” Bowie admitted in 2002, “but I suppose the record company were re-releasing it again or something like that. Anyway, I know I was disinterested in the proceedings, and it shows in my performance.”

“Do it again without all its trappings”

By the end of the decade, however, Bowie had revisited Space Oddity once more, for a 1979 appearance on The Kenny Everett Show. With just acoustic guitar, bass and drums, plus piano by none other than fledgling soundtrack composer Hans Zimmer, Bowie stripped the song to its barest essentials, proving that it didn’t need thematic or studio gimmicks to remain, a decade after its original release, one of the best David Bowie songs. He’d agreed to perform it on the condition that he could “do it again without all its trappings”, he told NME, adding, “Having played it with just an acoustic guitar onstage early on, I was always surprised as how powerful it was just as a song.”

Major Tom may have been left for dead, but his memory lived on. Not only a perennial fan favourite, Space Oddity became a thematic marker throughout Bowie’s career. Over a decade after Ground Control lost contact with their ill-fated cosmonaut, Bowie reconnected with him – “… a guy that’s been/In such an early song” – for his 1980 hit Ashes To Ashes, finding that, even over 100,000 miles away from Earth, the “Action Man” had succumbed to the grip of addiction and become “… a junkie/Strung out in heaven’s high/Hitting an all-time low.”

Namechecked again in Pet Shop Boys’ remix of Hallo Spaceboy, Major Tom took his final bow in the video for the Blackstar album’s title track. As Bowie faced his own mortality, we learned that his long-term travelling companion has also met his end.

Bowie himself would soon follow. By that point, however, his name had long been written in the stars.

Check out our best David Bowie songs to see if Space Oddity really made the grade.