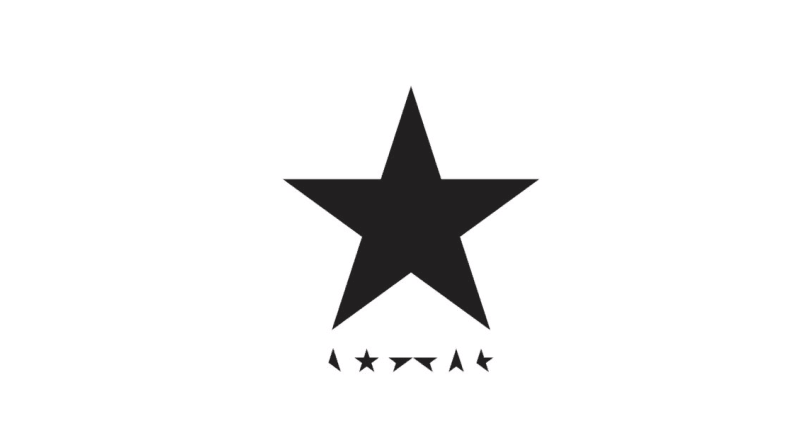 Blackstar: How David Bowie Said Goodbye On His Own Terms

Securing his place in the firmament, David Bowie’s final album, ‘Blackstar’, was an extraordinary goodbye that redefined him as an artist.

As far back as 1976, David Bowie’s farewell loomed large in his mind. Speaking to Cameron Crowe for Playboy that September, he made the startling statement, “I’ve now decided that my death should be very precious. I really want to use it. I’d like my death to be as interesting as my life has been and will be.” With his final album, Blackstar (officially styled as ★), released on 8 January 2016 – the day of Bowie’s 69th birthday, and just two days before his death from liver cancer – he managed to make good on that remarkable ambition.

News of both Bowie’s long illness and the album itself had been kept from the public. So when the video for Blackstar’s title track – and lead single – was released, on 19 November 2015, fans were quick to pore over both the song and the extraordinary ten-minute short film that accompanied it for clues as to the great man’s next move.

Blackstar’s music video was surreal and mesmerising, but most important was the music itself: it was immediately apparent that Bowie was back to his uncompromising and groundbreaking best. The song’s first movement sets the rather foreboding, claustrophobic-sounding scene, with glitchy beats, doleful saxophone passages, layers of synths and Bowie mournfully crooning enigmatic lyrics that evoked strange rituals. After four minutes, as the song appears on the verge of collapse, something beautiful happens – ethereal strings usher in a new movement, and a rejuvenated-sounding Bowie sings the now-iconic line “Something happened the day he died/Spirit rose a metre and stepped aside”.

Whether or not they were written with intentional prescience, as news of Bowie’s death was greeted with scenes of global public mourning the lyrics began to seem unavoidably prophetic – the first sign that Bowie had succeeded in turning his death into something “very precious” indeed.

Freed from his own influence

The rest of Blackstar didn’t disappoint, proving that, 25 studio albums and over five decades into his career, Bowie could still find new musical territory to conquer. While he’d flirted with jazz in the past, for Blackstar he sought out the most exciting sound in contemporary US music and – much like he had with Philly soul and funk on 1975’s Young Americans – embraced it.

Bowie first became aware of saxophonist Donny McCaslin in spring 2014, when working with composer Maria Schneider on an early version of Blackstar’s Sue (Or In A Season Of Crime), which would appear on the 2014 compilation Nothing Has Changed. On Schneider’s suggestion, Bowie went to see McCaslin’s quartet perform and was impressed enough not only to invite him to the recording session, but to continue the working relationship into Blackstar, with McCaslin becoming Bowie’s musical foil as the album developed.

By working with exciting young jazz musicians who no real background in traditional rock music structures – nor any respect for them – Bowie managed to free himself from the weight of his own influence while giving his newest work enormous vitality. That’s most apparent on ’Tis A Pity She Was A Whore, on which Tim Lefebvre’s insistent, motorik bassline and McCaslin’s multi-tracked horns and woodwind add a wild, seat-of-your-pants edge with which Bowie was audibly delighted. Likewise, on the album version of Sue (Or In A Season Of Crime), LCD Soundsystem’s James Murphy adds skittery percussion to the stabbing bass and careering horns, giving the feel of having been plunged headfirst into a car-chase caper through busy streets, with Bowie seemingly egging on the chaos.

Blackstar isn’t, however, all feats of crazed jazz abandon. The album’s second single, Lazarus – originally written for the musical of the same name, which had opened in New York on 7 December 2015 – is a slow-burning triumph, with Bowie addressing mortality over an ominous-sounding groove.

Dollar Days and I Can’t Give Everything Away, meanwhile, make for a moving double-whammy that closes not only the album, but Bowie’s career. A stately, jazz-infused piece of reflective melancholy, Dollar Days sees Bowie again contemplating his passing (“If I’ll never see the English evergreens I’m running to/It’s nothing to me”) while feeling energised by his late creative surge (“I’m dying to/Push their backs against the grain/And fool them all again and again”). Muscular and pulsing, I Can’t Give Everything Away embellishes further on these themes as Bowie effectively says goodbye to the world with one last extraordinary creative statement.

Nearly 40 years had passed since he’d declared that his death should be something precious and interesting. On completing Blackstar, David Bowie made that wish a reality.