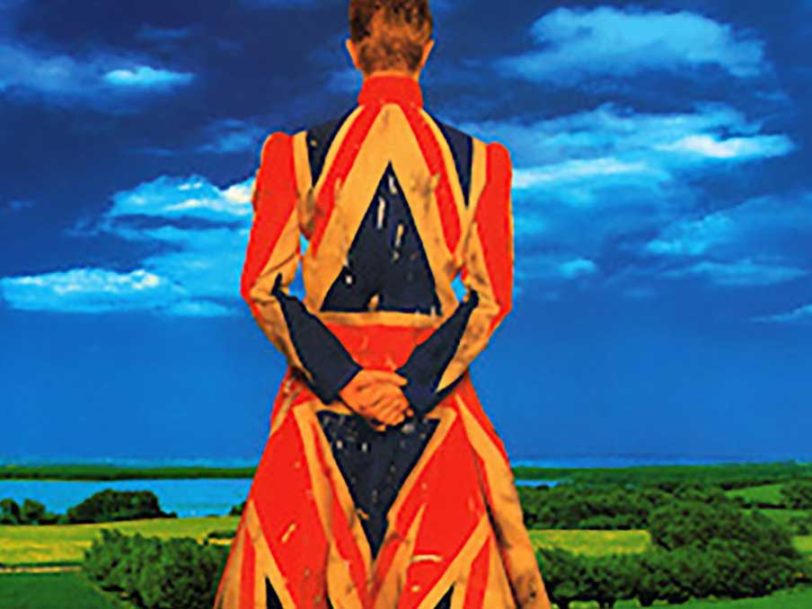 Earthling: How Electronica Set David Bowie On A New Trajectory

The ‘Earthling’ album saw David Bowie rejuvenated by his passion for cutting-edge sounds, and making ‘some of his finest music in a decade’.

Come February 1996, David Bowie could have been forgiven for slowing down a little. He’d spent five months on the road supporting his 1995 album, 1. Outside (his first tour since 1990’s Sound+Vision jaunt), using the opportunity to revisit edgier moments from his back catalogue (Joe The Lion, Breaking Glass, Look Back In Anger) while also leaning heavily on his adventurous contemporary material. The US leg of the tour was shared with US alternative/industrial act Nine Inch Nails, a choice that made Bowie even more determined not to rest on his laurels – and it all paid off. As Bowie told The Seattle Times in 1997: “We did an extremely hard year last year… We worked our way through Russia, Japan, Scandinavia and into Europe. We ended up doing the festival circuit there, which sometimes meant working with up to 14 other bands. We just got really good.” Keen to keep up the momentum, and with a road-hardened band able to switch gears as required, Bowie sought to capture what would become his new album, Earthling, in record time.

“I really thought it would be great if we could do a photo, almost a sonic photograph of what we were like at that time,” Bowie continued. “So, Reeves [Gabrels, guitarist] and I started writing immediately after we finished on the road. We went in [the studio] about five days after we finished our last gig, and wrote and recorded in a two-and-a-half week period, frankly; the whole thing was put down that quick.”

Bowie had entered Phillip Glass’ New York studio, Looking Glass, with the core of his touring band – Zack Alford (drums, programming), Gail Ann Dorsey (bass, vocals), Reeves Gabrels (guitars, synths, vocals, co-production) and Mike Garson (keyboards) – and multi-instrumentalist and co-producer Mark Plati, but with little in the way of existing songs. He’d intended to revisit material that didn’t originally receive the attention he thought it deserved – I Can’t Read and Baby Universal, from his Tin Machine days, and Dead Against It from 1993’s The Buddha Of Suburbia soundtrack – as well as then unreleased songs he’d attempted at previous sessions, such as Bring Me The Disco King, which hadn’t made the cut for 1993’s Black Tie White Noise (but finally found a spot on 2003’s Reality).

Once the sessions started, however, new songs began to flow so quickly that Earthling became an album of mostly new material, apart from Dead Man Walking, based upon a guitar riff that Led Zeppelin guitarist Jimmy Page had taught Bowie back in the 60s; I’m Afraid Of Americans, which Bowie and Brian Eno had started during the 1. Outside sessions; and the doomy drum’n’bass of Telling Lies, three versions of which had been released on Bowie’s official website the previous year, making it the first ever downloadable single by a major artist.

“People like myself move with the way life flows”

With his 50th birthday approaching, Bowie found himself more venerated than ever – his impeccable run of 70s albums had proven hugely influential on both the Britpop acts then in their pomp (Blur, Suede, Pulp) and a new generation of US alt-rock acts (Pixies, Nirvana, Sonic Youth). The obvious thing would have been for him to produce a guitar-heavy record that evoked his past and chimed with the times. Typically, however, Bowie looked instead to fresher developments in the experimental electronica and jungle music scenes. As he told Q’s David Cavanagh, he was more interested in following his muse and making music that excited him most: “It’s unfortunate when musicians qualify their work with, ‘Now that I’m married, now that I’ve got kids, I’ve got to be more creatively pedestrian’… Whereas there’s people like myself, Neil Young and Scott Walker who move with the way life flows.”

Released on 3 February 1997, Earthling was anything but pedestrian. Opener Little Wonder doesn’t waste a second before crashing from the speakers in a Prodigy-influenced barrage of blistering beats, heavily distorted guitars and electronic squall. Looking For Satellites, meanwhile, sees Bowie having a bit of fun with his past, unable to resist delivering the “satellite” of the chorus lyric with an obvious nod to his backing vocals on Lou Reed’s 1972 classic, Satellite Of Love (produced, of course, by Bowie himself). Similarly, the thrilling, jet-propelled Battle For Britain (The Letter) is interrupted halfway through by some gloriously free-flowing jazz piano from Mike Garson, calling to mind his solo on Aladdin Sane’s title track.

“Some of his finest music in a decade”

For all the high-octane thrills, Earthling is especially effective when the tempo slows. Seven Years In Tibet begins as a sultry slow-burner before coruscating guitars pile on for a raw and grungy chorus. Like all the best moments on the album, it’s the sound of Bowie forging ahead and embracing the most exciting music of the day, while sounding like nobody but himself.

Unsurprisingly, Earthling lent itself incredibly well to live shows, and Bowie and band wasted little time in hitting the road. Reissued in January 2021, as part of a Brilliant Live Adventures series focusing on 90s concerts, the visceral performances captured on LiveAndWell.com, comprised of tracks from 1. Outside and Earthling, underscores Rolling Stone’s assertion that, with Earthling, Bowie had hit another purple patch, resulting in “some of his finest music in a decade”.