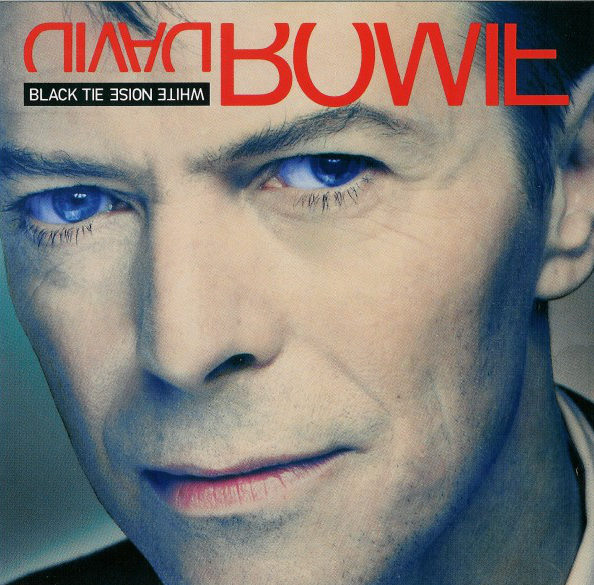 David Bowie’s first solo album in six years, ‘Black Tie White Noise’ lifted from both his past and present to start a new musical journey.

Recorded from June through to September 1992 and released on 5 April 1993, David Bowie’s 18th solo album, Black Tie White Noise, was his first since the dissolution of Tin Machine. Drawing on new influences and featuring key collaborators from his past, it also represented the first steps of an artistic rebirth.

Black Tie White Noise was written and recorded during a time of change in Bowie’s private life. He’d married the Somali-American supermodel Iman – born Zara Mohamed Abdulmajid – in Lausanne, Switzerland, on 24 April 1992, a year-and-a-half after meeting her. As Bowie told Arena in 1993: “It was like starting out all over. And I really wasn’t looking for another relationship. But then over dinner I met Iman.”

Their union had an immediate effect on Bowie’s writing – Black Tie White Noise had the working title of “The Wedding Album”, and was bookended by the instrumentals The Wedding (complete with bells and organ introduction) and The Wedding Song (with added lovestruck lyrics, “Don’t I feel like a saint alive/She’s not mine for eternity/Though I’ll never fly so high.”)

The marriage would also influence the album’s lyrics in an entirely different way. Bowie and Iman began their honeymoon in Los Angeles just as unrest flared-up across the city after a trial jury acquitted four officers of the Los Angeles Police Department of the use of excessive force in the arrest and beating of Rodney King, which had been captured on video and broadcast on television. With their stay coinciding with the riots that broke out from 29 April to 4 May, Bowie and Iman found themselves in the thick of things.

“It was awesome and numbing and it was the most apocalyptic experience I’ve been through in my life,” Bowie told The Boston Globe the following year. “It was a feeling of the irreconcilable differences that seem to have been fabricated in America and how hard it will be to reconcile those differences, to heal the wound, which is quite gaping.” That experience and those thoughts would go on to influence Black Tie White Noise’s title track, a slice of simmering midtempo funk featuring the New Jack Swing singer Al B Sure!

“He was trying to make this artistic statement about his life”

Bowie also drew from his own past, reuniting with his Let’s Dance co-producer, Nile Rodgers; welcoming musicians such as guitarist Mick Ronson and pianist Mike Garson back into the fold; covering songs that had long provided him with inspiration (Cream’s I Feel Free, The Walker Brothers’ Nite Flights); and reaching into his personal history with Jump They Say, a song inspired by the suicide of his stepbrother Terry Burns back in 1985.

Rodgers would later reflect on his and Bowie’s opposing approaches to the album in a 2016 Rolling Stone interview. “I was trying to turn it into a very, very, very commercial piece of work,” Rodgers revealed. “He, on the other hand, was trying to make this artistic statement about this period in his life. That was a little bit uncomfortable, because we were butting heads, but I think we did a wonderful album.”

In many ways, this tension gives Black Tie White Noise its edge – the last thing Bowie wanted to do was repeat the post-disco-pop formula of Let’s Dance. Instead, he looked to Rodgers for something new, as he explained to The Boston Globe: “We both basically missed the same element, with what was happening with the new R&B, which is now hip-hop and house, and what we were missing was the strong melodic content that was apparent in the 60s.”

“He used to see visions a lot”

Meanwhile, the return of Mick Ronson, the guitarist who’d provided so much of The Spiders From Mars’ firepower, would prove especially poignant. Bowie and his former musical foil had reunited onstage at Wembley Stadium in April 1992, at The Freddie Mercury Tribute Concert For AIDS Awareness, and on Black Tie White Noise Ronson provided searing guitar to I Feel Free. Their reconciliation would prove to be tragically short-lived, however, as Ronson died of liver cancer just weeks after the album’s release.

That Cream song had been chosen very carefully, dovetailing with the subject matter of Jump They Say. “One of the times I actually went out with my stepbrother, I took him to see a Cream concert in Bromley, and about halfway through – and I’d like to think it was during I Feel Free – he started feeling very, very bad,” Bowie revealed to the NME in 1993. “He used to see visions a lot. I had to take him out of the club because it was really starting to affect him – he was swaying… Anyway, we got out into the street and he collapsed on the ground and he said the ground was opening up and there was fire and stuff pouring out the pavement, and I could almost see it for him, because he was explaining it so articulately.”

As a whole, Black Tie White Noise is a fascinating document of where Bowie was in the early 90s, rediscovering what it was to be a solo artist. At its best – the title track, Jump They Say, the Young Americans throwback Miracle Goodnight – the album looked to Bowie’s past while sounding utterly fresh and contemporary. Elsewhere, it laid the groundwork for a new experimental streak that would serve him well over his next few projects – the vastly underrated Buddha Of Suburbia soundtrack and the wildly innovative 1. Outside.

Find out where Black Tie White Noise ranks in our run-down of all 28 David Bowie album covers.