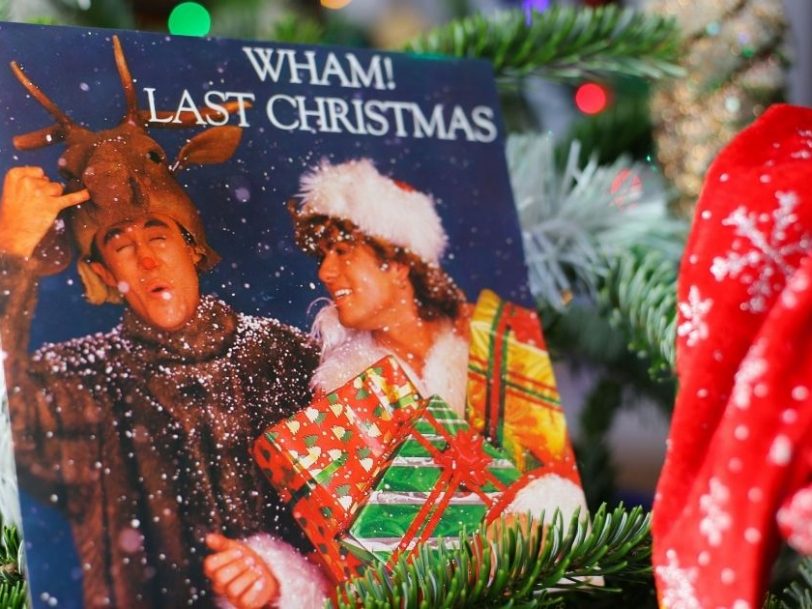 Christmas Songs That Never Made Number One: 10 Surprising Chart Fails

Christmas is a time for surprises – and the biggest Christmas songs to never make No.1 still have us looking back on the charts in disbelief.

Chalking up a Christmas chart-topper is a significant career milestone for many of the world’s best musicians, but claiming that festive peak is a precarious business. Indeed, great songs which often seem like dead certs don’t get to plant their flag atop the chart for any number of reasons. Here we salute the greatest near-misses with the ten most surprising Christmas songs that never made No.1.

Macca’s jolly festive vignette is so synonymous with Christmas that we tend to assume it took its place in the long lineage of UK Christmas No.1s. In reality, Wonderful Christmastime only peaked at No.6 in a year when perhaps the least likely Christmas No.1 of them all, Pink Floyd’s brooding Another Brick In The Wall (Part 2), bagged the top spot. Lest we forget, the legendary ex-Beatle had already covered himself in Yuletide glory with Mull Of Kintyre: the best-selling paean to his Scottish retreat which not only went to No.1 in 1977, but also became the first single to sell two million copies in the UK.

2000 Miles wasn’t intentionally conceived as a Christmas song, as Pretenders’ frontwoman Chrissie Hynde wrote it primarily in tribute to her then recently fallen comrade, guitarist James Honeyman-Scott. However, its glorious, lilting melodies, yearning vocals and touching lyric about people missing their loved ones across the miles (“The snow is falling down/It’s colder every day, I miss you”) all ticked quintessential seasonal boxes. Consequently, while 2000 Miles takes its place among this list of the surprising Christmas songs that never made No.1 (it peaked at No.15 on its initial release), subsequent covers by the likes of Coldplay and Kylie Minogue show that it has long since been accepted as one of the best Christmas songs of all time.

Retro-rockers The Darkness were at the peak of their popularity in 2003, and, having delivered one of the best alternative Christmas songs in recent memory, the smart money suggested this purpose-built, scarf-waving singalong was a certainty for that year’s festive No.1. However, Justin Hawkins and co had reckoned without Gary Jules’ emotive cover of Tears For Fears’ Mad World, which gained serious traction due to its inclusion in the film Donnie Darko. Indeed, Jules’ song became so popular, it went all the way to the top at Christmas, leaving The Darkness at No.2.

Wham! were one of pop’s biggest sensations in 1984 and, in any other set of circumstances, they would have been odds-on to have reached No.1 with Last Christmas. However, they were denied that glory by the mega-selling charity behemoth that was Band Aid’s Do They Know It’s Christmas? Bob Geldof and Midge Ure’s rousing, star-studded Christmas anthem was unstoppable that year, and it forced George Michael and Andrew Ridgley to settle for second prize. Last Christmas still hasn’t given up hope, though. It’s been reissued almost annually in recent years, but it stubbornly remains one of the biggest Christmas songs to never make No.1; though the song did finally top the UK chart, it was only during the week of 7 January 2021, so Last Christmas still seeks fully fledged festive glory.

However many times you replay the reality, it seems inexplicable that John Lennon’s Happy Xmas (War Is Over) never made it to Christmas No.1. The song was, after all, released in the wake of the former Beatle’s shocking murder, and, with Lennon’s name on everyone’s lips, it’s almost against nature to envisage any other song going on to grab festive glory that year. Nevertheless, in a twist even more unlikely than Gary Jules thwarting The Darkness, Manchester’s St Winifred’s School Choir’s steamed in with There’s No One Quite Like Grandma and categorically beat Happy Xmas (War Is Over) to the punch in 1980.

In yet another example of how a shoulda-been dead cert for the Christmas No.1 spot fell foul of the zeitgeist, Mariah Carey’s All I Want For Christmas Is You was pipped at the post by the then in-demand boy band East 17’s Stay, in 1994. However, while Carey may have lost the battle, she won the war in the long run, for while All I Want For Christmas Is You missed out in 1994, it’s since topped the charts in 26 other countries and become the best-selling Christmas single by a female artist, with sales of 16 million copies (and counting) to its name.

I Believe In Father Christmas differs from many of the entries on this list of surprise Christmas songs that never made No.1 because, while it is a Christmas song, it was written in response to Greg Lake and lyricist Pete Sinfield’s belief that the festive season was getting increasingly commercialised. The song’s heartfelt sentiments didn’t prevent it connecting with its audience, but while the single never topped the charts, it was up against stiff competition, with Queen’s singular Bohemian Rhapsody keeping it off the top spot. Lake was philosophical about his disappointment, later telling Uncut, “I got beaten by one of the greatest records ever made.”

One of the most ubiquitous Christmas songs of all time, Roy Wood’s classic was famously beaten to the top of the UK charts by another of the most all-pervading Christmas songs in history, Slade’s Merry Xmas Everybody. Rather like Wham!’s Last Christmas, however, Wizzard’s enduring I Wish It Could Be Christmas Everyday has since had numerous further shots at glory. In fact, it has appeared in the Top 40 of the UK festive rundown every year since 2017… but still sits among the biggest Christmas songs that have never made No.1.

On paper, it still reads like one of music’s most unlikely collaborations, yet David Bowie and legendary crooner Bing Crosby’s duet on Peace On Earth/The Little Drummer Boy resulted in one of the most enduring Christmas songs of modern times. The two artists were filmed performing the song at London’s Elstree Studios barely a month prior to Crosby’s death in October 1977, but while the clip was screened as part of the TV special Bing Crosby’s Merrie Olde Christmas, five years passed before RCA gave the audio a standalone release. It went on to become one of Bowie’s best-selling singles, but while it moved over 400,000 copies in the UK, Peace On Earth/Little Drummer Boy only peaked at No.3.

The Pogues’ Fairytale Of New York dared to do something that very few other festive songs did – it painted a portrait of the loneliness many people experience each year, rather than the comforts and joy of Christmas. Yet despite pulling few punches in the emotional sense, its genius is that it’s not a bah-humbug – in fact, the song is wonderfully executed and also gloriously stirring, and, despite its inherent sadness, it still somehow warms the cockles. However, while Fairytale Of New York – which also appeared on The Pogues’ 1988 album, If I Should Fall From Grace With God – still captures the hearts of millions each year, it missed out on one significant milestone. Arguably the most surprising Christmas song to never make No.1, it lost out to Pet Shop Boys’ cover of Brenda Lee’s Always On My Mind in the famous festive tussle of 1987.