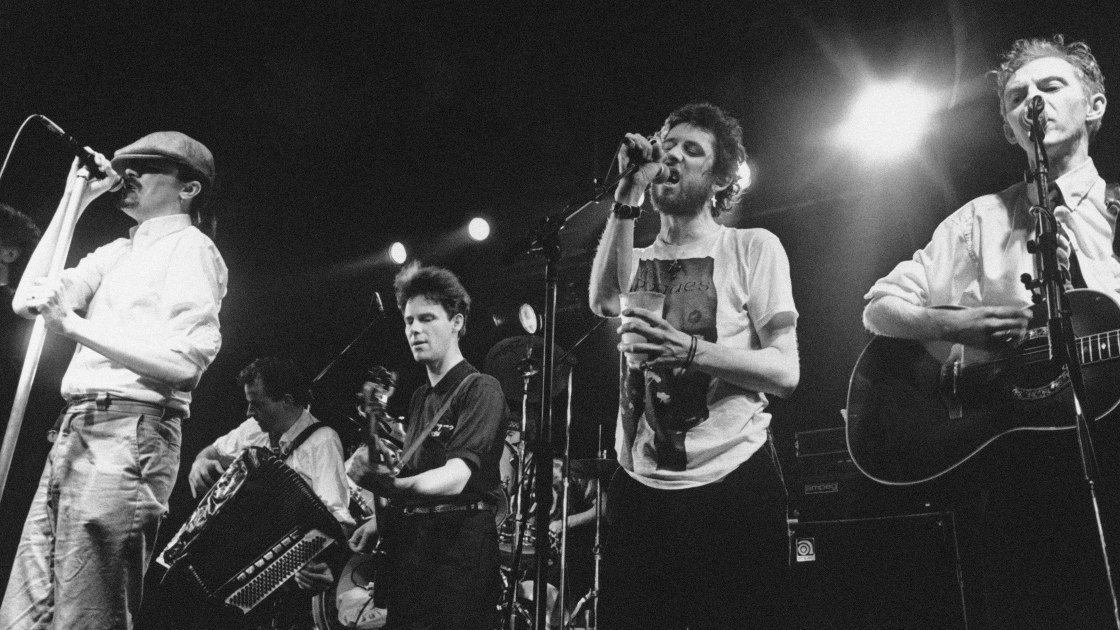 Eighties music is often thought of as being as glossy and over-produced as the hairstyles and fashions of the day, but, crucially, the decade also spawned The Pogues, the fiery Anglo-Irish outfit who siphoned off the best of both punk and traditional Irish folk music in order to bottle a unique form of rebel music which still lingers on the tongue today.

The band’s predilection for alcoholic excess is well-documented, but for many years it only enhanced their creativity. Flush with songs of quality and distinction penned by their chaotic but often brilliant frontman Shane MacGowan, The Pogues’ first three albums, Red Roses For Me, Rum Sodomy & The Lash and the masterful If I Should Fall From Grace With God (the latter featuring the timeless, Kirsty MacColl-assisted Fairytale Of New York) enshrined their legend. However, their underrated later titles, Peace And Love and Hell’s Ditch, also contain plenty to cherish, and even the group’s post-MacGowan platters, Waiting For Herb and Pogue Mahone, are worthy additions to an already seminal catalogue.

There are no posts at the moment.