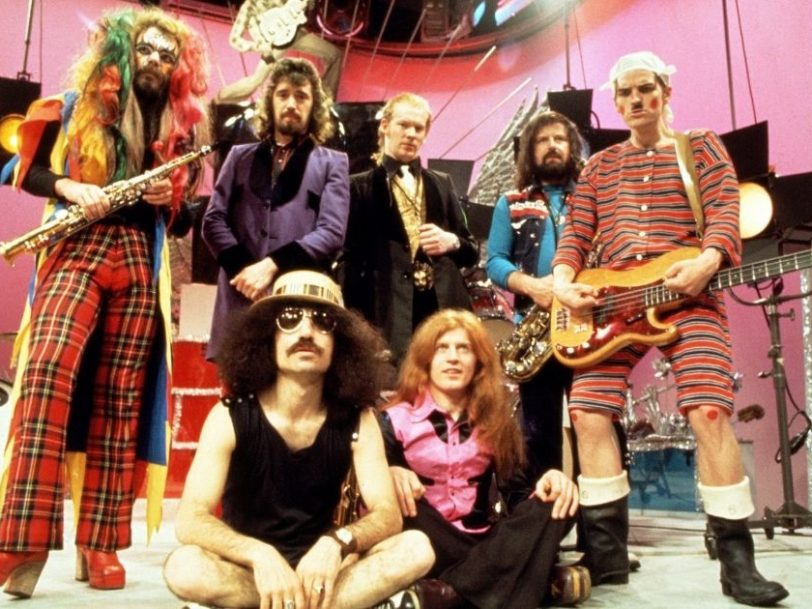 I Wish It Could Be Christmas Everyday: Behind Wizzard’s Evergreen Hit

Wizzard’s Phil Spector-esque bid for Yuletide glory, I Wish It Could Be Christmas Everyday remains a timeless seasonal classic.

If there’s one Yuletide anthem that always brings glad tidings, then it’s glam-rock legends Wizzard’s I Wish It Could Be Christmas Everyday. First released in time for Christmas 1973, this evergreen smash sits in the category of Christmas songs that should have topped the singles chart, but it’s become so synonymous with Santa that it’s impossible to envisage the festive season without hearing it barrelling out of sound systems up and down the land.

With a wonderful irony, I Wish It Could Be Christmas Everyday wasn’t even recorded during the winter. It was taped in late summer – a time when Christmas wouldn’t normally be on the agenda. However, Wizzard frontman Roy Wood began thinking about the festivities when he was inspired by an off-the-cuff remark made by one of his bandmates.

“I’d been doing really boring big-band gigs on the ballroom circuit, so when Roy offered me a job in Wizzard I was just knocked out,” saxophonist Mike Burney told Q magazine in 1996. “I used to say to him, ‘Roy, being in this band, it’s like Christmas every day.’ And, as far as I know, Roy picked up on that as a song title.”

Not only did Wood have a workable title, but the former The Move/Electric Light Orchestra mainstay wasted little time in making the idea of what he called “a real rock’n’roll Christmas song” a reality. Within days he was at work in the studio.

“It was exactly what I wanted”

“I started by putting a click track down, just a cowbell, on quarter-inch tape,” Wood told Q. “Then I played the arrangement on acoustic guitars, then double tracked that. It wasn’t a demo, as such, because it became the basis for the whole song. We just overdubbed everything else on top.”

Recalling that the ringing of a till at the start was recorded at Beatles producer George Martin’s AIR Studios, on London’s Oxford Street, Wood explained, “We got a sound-effects record but it was crap, so we hired a proper, old-fashioned metal cash register with all the scroll work on the sides, and I pressed the buttons while Rick [Price, bass] dropped the coins in it. It was exactly what I wanted.”

Wood’s multi-instrumental skills also led the way as recording continued. Indeed, even the fact that one of his bandmates was absent failed to derail the Wizzard leader’s plans.

“He used ambience mics to get a bit Phil Spector sound”

“Charlie Grima, our second drummer, was on holiday, but, once Roy had written a song, he was always desperate to record it,” the band’s other drummer, Keith Smart, said in 1996. “Besides, Woody could play anything, so he and I set up two huge double drum kits in the studio.

“That first day, we recorded until 8am the next morning just to get the drum sounds he wanted,” Smart added. “Rather than close-mic everything in a booth, he used ambience mics to get a big Phil Spector sound.”

To create the perfect wintry feeling for the song, Wood even instructed engineer Steve Brown to decorate the studio with Christmas decorations and turn the air conditioning to its coldest setting, even though it was still August. Wood’s Spector-isms didn’t end there, either – he felt I Wish It Could Be Christmas Everyday absolutely had to have a children’s choir, too.

“He insisted it had to be Birmingham kids, even though we were recording in London, so I got the job of sorting it out,” Wizzard keyboardist Bill Hunt recalled. “I lived near Stockland Green School in [Birmingham’s] Slade Road, which always amused me because in the end we battled it out with [fellow Brummies] Slade for the No.1 spot.”

With the choir bussed down to London and safely recorded, Wood’s Yuletide masterpiece was almost complete – though he still had one bit of stardust to sprinkle over the song.

“I did the sleigh bells at the end myself,” Wood told Q. “I just shook them until I was too tired to do it anymore. People talk about it being over-produced, but the effect I was trying to get was something I personally associate with Christmas, that Walt Disney music feel. It’s Disney movie music without the film.”

Released in December 1973, I Wish I Would Be Christmas Everyday proved to be a real labour of love for Roy Wood, and completing it almost overwhelmed him. He recalled getting “really choked up, and the hairs were standing up on the back of my neck. It was glorious.”

“There was a custard pie fight… We got our own back for not being No.1”

Not unreasonably, everyone involved felt the song had all the ingredients required to nab the prestigious UK Christmas No.1 spot. Ultimately, though, I Wish It Could Be Christmas Everyday ended up going head-to-head with Wizzard’s West Midlands rivals Slade, whose equally ubiquitous Merry Xmas Everybody eventually topped the 1973 chart. In the end, I Wish It Could Be Christmas Everyday had to settle for a chart peak of No.4. However, Wizzard did get the final say in a festive food fight on that year’s Christmas edition of Top Of The Pops.

“When we did it on Top Of The Pops, there was a staged custard pie fight,” Bill Hunt remembered. “When Slade went on, one of our drummers sneaked into the audience and hit Noddy [Holder, Slade singer] full in the face with one. If you see the video, you’ll notice that Noddy doesn’t appear again after that, so we got our own back for not being No.1.”

Find out where I Wish It Could Be Christmas Everyday sits among our run-down of the best Christmas songs.