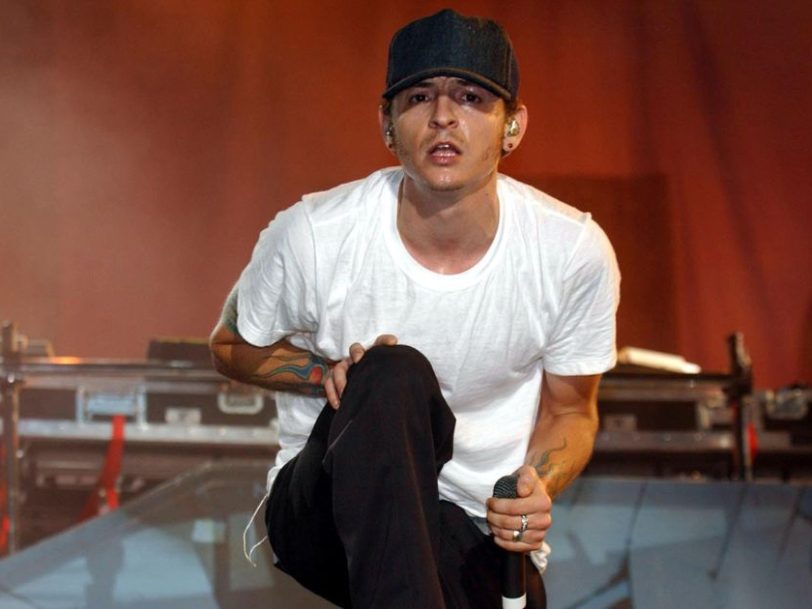 Spanning rock, hip-hop and metal, the best Reading and Leeds Festival performances have become some of the most talked-about gigs of all time.

Taking place over the UK’s August bank holiday weekend, the twin Reading and Leeds Festivals may be seen as younger siblings to the longer-running Glastonbury Festival, but they offer no less a rite of passage for fans of rock, grime and hip-hop. As thousands of mosh-pit survivors can attest, the best Reading and Leeds Festival performances have become some of the most talked-about gigs of all time.

Listen to our Summer playlist here, and check out our best Reading and Leeds Festival performances, below.

Kendrick Lamar was in fine form during his 2018 headline sets at Reading and Leeds Festivals. One of the first new hip-hop artists to top the bill, “Kung-Fu Kenny” stormed the stage, opening his flawless DAMN.-era set with DNA. and closing it with HUMBLE., then dropping Bitch, Don’t Kill My Vibe as an encore. Over the years, the Reading and Leeds Festivals have increasingly seen hip-hop and grime artists come to the fore, expanding the weekend’s appeal beyond its core rock and metal audience.

The same year that Foo Fighters headlined Reading, frontman Dave Grohl officially declared it the greatest festival of all time, stating, “I fucking love Reading so much… I’ve been to so many festivals, but this is the only one I love – the others suck.” Treating fans to a hard-hitting set list including songs such as Times Like These, All My Life and Monkey Wrench, Foo Fighters easily delivered one of the best Reading and Leeds Festival performances of all time. To mark the occasion, Grohl even got behind the drum kit, changing places with the late Taylor Hawkins for Cold Day In The Sun. The last time Grohl played drums at Reading was as part of Nirvana, during his other legendary group’s 1992 performance.

Nobody could touch Green Day in 2004. Just weeks before the release of their landmark American Idiot album, and on the verge of ascending from famed punk trio to ultimate stadium-fillers, the Bay Area icons headlined one of the biggest stages in the UK. Opening their set with American Idiot’s title track, Billie Joe Armstrong and co let fans know what to expect from Green Day’s forthcoming album, while the remainder of the performance cycled through many of the best Green Day songs – Basket Case and When I Come Around among them – and even made space for covers of Ramones (Blitzkrieg Bop), Buzzcocks (Ever Fallen In Love (With Someone You Shouldn’t’ve)) and Queen (We Are The Champions).

Bringing Reading and Leeds Festivals to a close is no easy task, yet Biffy Clyro went above and beyond in 2013, delivering the weekend’s clear highlight. There were pyrotechnics aplenty throughout the Scottish trio’s set, with frontman Simon Neil even setting his Stratocaster alight during the group’s performance of The Captain. After an unforgettable 90 minutes, Biffy Clyro ensured that night’s place among the best Reading and Leeds Festival performances by ending with an emotional performance of Mountains.

Having had to cancel their planned 1993 Reading Festival slot after frontman Thom Yorke contracted laryngitis, Radiohead made up for lost time with a set that opened with a surprise cover of Tim Buckley’s Sing A Song For You – from the cult singer-songwriter’s Happy Sad album – before running through early Radiohead hits such as Creep, My Iron Lung and Anyone Can Play Guitar. The group would make their first Reading and Leeds Festival headline performances 15 years later, in 2009, alongside Arctic Monkeys and Kings Of Leon.

Though Metallica weren’t at their creative peak in the late 90s, the four horsemen delivered a Reading set that remains unbeaten for energy and ferocity. After casually strolling onstage to jam No Remorse, the group launched into So What?, a classic punk anthem from UK hardcore outfit Anti-Nowhere League; relying on signature riffs alone – no fireworks or high-concept staging – they got heads banging and pits moshing for the rest of the night. Claiming Reading and Leeds Festivals for their own, Metallica would be back in 2003, 2008 and 2015.

After being second on the bill in both 2010 and 2012, Paramore took the top spot for the 2014 Reading and Leeds Festivals, sharing the Friday-night headline slot with Queens Of The Stone Age. Though a power outage threatened to derail their Reading show, Hayley Williams and co were unfazed, delivering an acoustic rendition of The Only Exception with a resolve that cemented that night’s set among the best Reading and Leeds Festival performances of all time. When the sound system came back on, Paramore picked up from where they left off, inviting an excited fan in a dinosaur onesie onstage during the Riot! album highlight Misery Business before closing their set with Ain’t It Fun.

Though low on the bill for 2000’s Reading and Leeds Festivals, Rage Against The Machine pulled one of the largest crowds of the weekend as they effortlessly ran through their assortment of politically charged nu-metal hits. The band returned as headliners in 2008, dressed this time as Guantanamo Bay detainees as they delivered another unmissable show, their message and repertoire having lost none of its power in the intervening years.

With their amalgamation of rap and metal, Linkin Park were seemingly tailor-made for the Reading and Leeds Festivals. Claiming a headline slot for their first ever UK festival appearance, the group’s 2003 booking followed the release of their second album, Meteora, and it remains legendary among the best Reading and Leeds Festival performances. Despite only having two albums under their belt at this point, Chester Bennington and co proved that the best Linkin Park songs – Papercut, Faint, Numb and One Step Closer among them – had already become anthems.

One of Nirvana’s biggest, most famous shows is also notable for being their final UK performance. A year after the release of Nevermind, Nirvana were arguably the most talked-about band in the world, and their Reading performance has assumed legendary status in both the band and the festival’s history. Never shy of undercutting the moment, Kurt Cobain took to the stage in a wheelchair and wig, meekly singing the opening lines of Bette Midler’s The Rose before quickly collapsing to the ground. From then on, however, Nirvana’s set was no joke, with spine-tingling performances of Come As You Are, Lithium, Breed and Smells Like Teen Spirit ensuring its place at the top of our list of the best Reading and Leeds Festival performance. Over three decades later, it seems impossible to beat.

Looking for more festival highlights? Check out the best Glastonbury performances of all time.