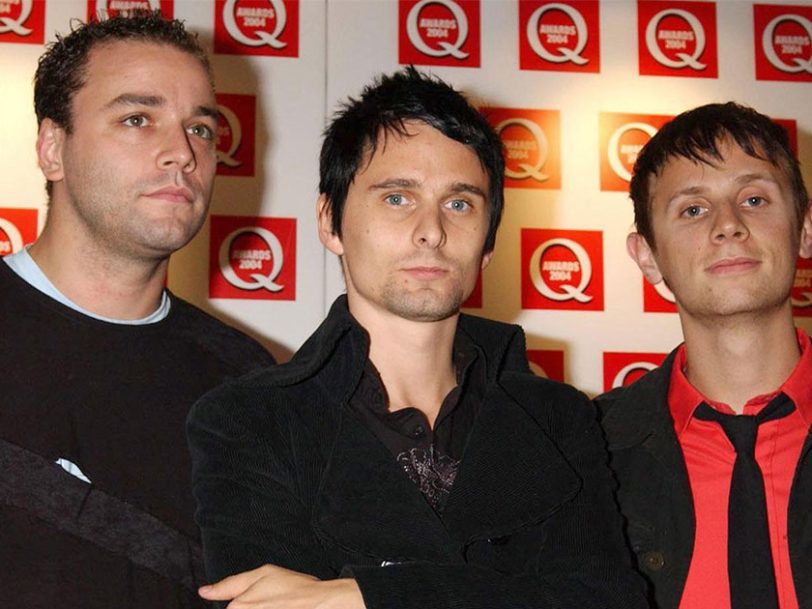 ‘Black Holes And Revelations’: How Muse Blasted Into The Mainstream

By the mid-2000s, Muse were one of the biggest bands in the UK. The ‘Black Holes And Revelations’ album sent them into the stratosphere.

Before Muse even released an album they had already played the massive Woodstock ’99 festival and caught the attention of esteemed DJ Steve Lamacq and celebrated music newspaper NME. Though their debut album, Showbiz, received a lukewarm reception from critics and the record-buying public alike, it didn’t stop this ambitious band from taking a hugely experimental approach to its follow-up, Origin Of Symmetry, butting heads with their US label, Maverick, in the process for not being commercial enough. Their parting of ways may have hindered the band’s growth stateside, but on their third album, Absolution, Muse established themselves as a bona fide rock force throughout the rest of the world, headlining the legendary Glastonbury Festival in 2004 and setting the record for smashing the most guitars on a single tour (that’s 140 for anyone who’s counting). The stage was set for their fourth album, Black Holes And Revelations, to go stratospheric.

The boundless imagination that comes with self-reflection

The West Country trio of singer/guitarist Matt Bellamy, bassist Chris Wolstenholme and drummer Dominic Howard aren’t ones to do things by halves. And on paper, Muse’s approach to Black Holes And Revelations had all the makings for an overblown affair. It is, after all, fuelled by the members’ mutual interest in conspiracy theories, the New World Order and ideas of alien invasions. Musically, too, influences are drawn from as far and wide as noise rock, classical, dance, surf rock, electronic and prog. And yet the themes running through this ambitious and ostentatious release – those being the boundless imagination (black holes) and the awareness that comes with self-reflection (revelations) – give the whole thing an instantly accessible and relatable feel.

Opener Take A Bow begins with a burbling, space-age synth arpeggio that builds along with Bellamy’s wrath over a disingenuous government – “Corrupt/You corrupt/Bring corruption to all that you touch… You’ll burn in hell/Yeah you’ll burn in hell for your sins.” It reaches a climax in a crescendo of guitars and multi-layered vocals. Yet, while sounding resoundingly futuristic, reference points are drawn unashamedly from the old school – think New Order, ELO and even Ennio Morricone. The album’s second single, Starlight, and its predecessor, Supermassive Black Hole, manage to evoke the glam rock spirit of Marc Bolan and prove that, even among the band’s increasingly sprawling ambition, they’d not lost their ear for catchy-as-the-common-cold pop hooks.

By Bellamy’s own admission, Map Of The Problematique draws heavily from electro-rock mainstays Depeche Mode, and if you tilt your head slightly you might be able to hear echoes of that band’s Enjoy The Silence, albeit with a more upbeat gait and scything guitars. Soldier’s Poem offers a break in pace, proving that Muse don’t need to hide behind a wall of noise to be effective – it could almost be a millennial take on Elvis Presley’s Can’t Help Falling In Love had it been stuffed with Jeff Lynne’s trademark harmonies. Invincible is what might have happened if Jeff Buckley ever had the chance to jam with Radiohead, while the pounding Assassin plays out like the soundtrack to its subject matter: war.

The addition of a theremin adds a sci-fi feel to the rock stomper Exo-Politics, while the acoustic, folk-style City Of Delusion is a product of Muse’s surroundings, given that Black Holes And Revelations was partially recorded in Northern Italy. The folk-flamenco vibes continue through Hoodoo before segueing into the spaghetti-western-turned-surf-rock of Knights Of Cydonia. The album climaxes with Glorious, which showcases the band’s Beatles-esque fearlessness when it comes to experimentation wrapped up in Queen-sized melodrama and bombast.

As beautiful as it is beastly, as ravaging as it is seductive

With an album sounding as big as the universe and as foreboding as the apocalypse, it would only be right to embark on a tour that was just as ambitious. Armed with an arsenal of increasingly spectacular special effects, Muse would traverse the globe performing almost 200 shows over more than two years, conquering territories such as Asia and South America, where they had never before set foot. The trio headlined the Reading and Leeds, V, Lollapalooza and Rock In Rio Lisbon festivals, and took in dates at London’s cavernous Wembley Stadium, as well as a sold-out stop at New York City’s Madison Square Garden. It may have taken a while, but it seems the US had finally embraced the band’s bombastic quirks after all. From here on out, they would be spoken of in the same breath as the best 2000s musicians.

Stuffed to the brim with slab-heavy riffs, danceable grooves and experimental effects, Black Holes And Revelations shot to the top of the UK album charts following its release, on 3 July 2006, selling more than 100,000 copies in its first week alone. To date the album has shifted more than a million physical copies in the UK.

Muse had stepped out of the baby-Radiohead shadows and taken fans on an exhilarating roller coaster ride as beautiful as it is beastly and as ravaging as it is seductive. Overblown? You bet. Gloriously so. But for an album that erupts in fanfares, sirens, choirs, laser guns and explosions, that was always kind of the point.

Buy Muse vinyl, merch and more at the Dig! store.