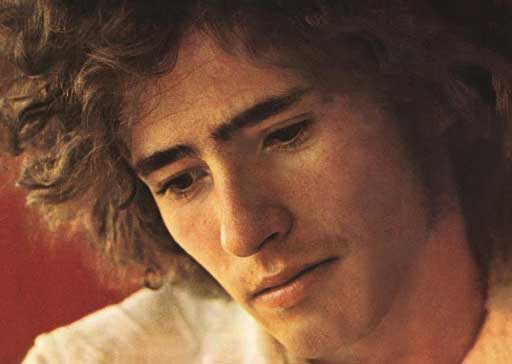 Tim Buckley was just 28 years old when he died, in 1975, and yet he’d lived a musical lifetime. In a mere nine years he’d recorded just as many albums, freewheeling wildly across the musical landscape with a resonant and supple voice that bent to whichever style he embarked upon. His third album, 1969’s Happy Sad, is the one that made all that possible – the point where Buckley, his horizons expanded by his love of jazz, began following his muse.

While Buckley’s self-titled 1966 debut album saw his record label, Elektra (home to The Doors and Love), attempt to mould the easy-on-the-eye newcomer as the new hot thing in folk-rock, there were already signs – in its more adventurous meanderings and his elastic, assured vocals – that Buckley’s talents and sense of daring might not be easily reined in. His follow-up, 1968’s Goodbye And Hello, was an altogether more ambitious record, with the wild abandon of the six-minute folk frenzy I Never Asked To Be Your Mountain, along with such elegant, introspective ballads as Once I Was and Morning Glory, pre-empting Buckley’s future direction while suggesting a distinctive songwriting voice in its own right.

By this point Buckley was racing ahead before his audience had a chance to catch up. His touring group comprised of Carter Collins on congas, David Friedman on vibraphones, John Miller on upright bass and Lee Underwood on guitar – all players with jazz backgrounds, which encouraged Buckley to emulate the improvisational qualities of the music he was increasingly identifying with. As Friedman told Mojo in 2000: “What I loved most about him was his ability to improvise vocally. He was a little like Miles Davis: uncompromising as a musician, and one who could tell the difference between playing and really playing. He would sometimes scream at you onstage if he didn’t think you were giving everything. When you consider how young the guy was, it was incredible what an intuitive, spontaneous sense of music he had.”

“His lyrics are as jazz as any of the solos”

Buckley and his band’s deep appreciation of Miles Davis was most keenly felt on Happy Sad’s opening track, the unhurried and ravishing Strange Feelin’, as Friedman confirmed: “One day John and I were passing time with the changes to the Miles tune All Blues [from A Kind Of Blue, 1959]. Tim came in, picked up his guitar and began to play along, jamming instrumentally and vocally until eventually it turned into Strange Feelin’. We fine-tuned it before it was recorded for Happy Sad, but as I recall, the words didn’t change too much from the ones he’d improvised on the spot. If you listen to the way he sings them, you’ll understand that those lyrics are as much jazz as any of my solos.”

Sessions for Happy Sad began in late 1968, with Buckley and his close-knit band bringing the album’s road-tested songs to Elektra’s Los Angeles studios. The musicians’ chemistry meant that the arrangements could be expansive and allow room for improvisation, with Buckley increasingly using his astonishing voice as more of an instrument than simply a vessel for delivering lyrics and melody. That Miles-indebted opener set the scene, stretching out and casting its mellow spell over listeners. Happy Sad’s most immediate song, Buzzin’ Fly, followed. An irresistible paean to lost love, it found Buckley’s voice climbing from a deep, resonant boom to a soaring tenor, matching the dizzying feel of the music.

At his best when following his muse

Love From Room 109 At The Islander (On Pacific Coast Highway) underlined Happy Sad’s ambition. A stately and mournful jazz ballad that took over ten minutes to unspool, it never feels indulgent, such is its sense of space and beauty. Dream Letter, meanwhile, sees Buckley wracked with despair as he delivers a lyric amounting to an unsent letter to his ex-wife, Mary Guibert, and their child, Jeff (“Oh is he a soldier or is he a dreamer?/Is he mama’s little man?/Does he help you when he can?/Oh does he ask about me?”). It’s a slow-moving and wounded song that took on extra resonance for many when that son, Jeff Buckley, came to prominence as a singer who shared his father’s extraordinary vocal ability and sense of musical adventure, and who also suffered an untimely and tragic death.

Gypsy Woman follows, an extended jam that sees Buckley testing his vocal limits with grunts, wails and screams while anticipating the hot-under-the-collar workouts of 1972’s funkified Greetings From LA album. Closing track A Song For You, meanwhile, is the most straightforward thing on Happy Sad: an evocative ballad with an enchanting melody that sits among the best Tim Buckley songs.

Released in June 1969, Happy Sad is a musical adventure of an album. Showing that Tim Buckley was at his absolute best when following his muse, it also gave him the creative license to produce such startling and experimental work as his two 1970 albums, Lorca and Starsailor. It may have precluded him from becoming the crossover star Elektra had hoped for, but their financial loss was music’s gain.

Check out our best Tim Buckley songs to find out which Happy Sad tracks made the cut.