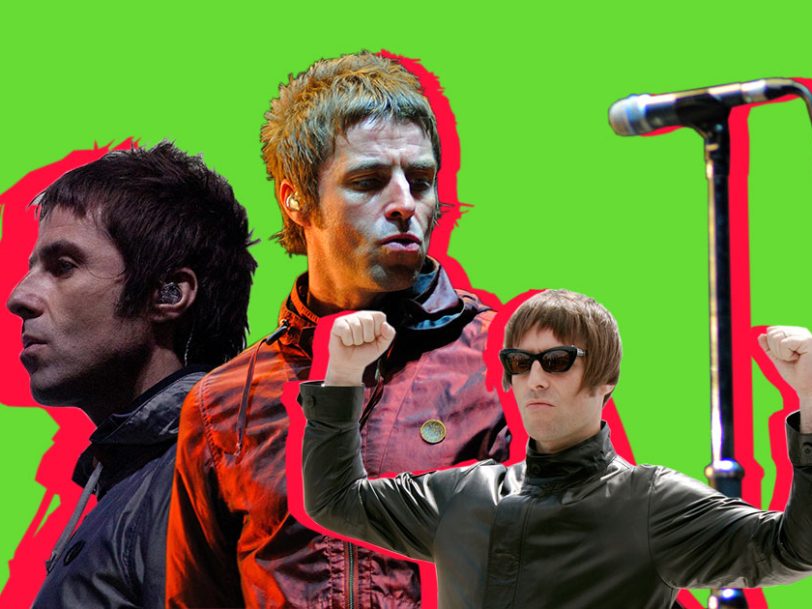 Why Liam Gallagher Is The Last True Rock’n’Roll Frontman

The voice of a generation fronting Britpop legends Oasis, Liam Gallagher’s solo comeback proves why he’s one of the last great rock icons.

Famous for his no-nonsense attitude and larger-than-life personality, Liam Gallagher deserves to be embraced as a national treasure. Ever since he emerged in the 90s, clad in a parka jacket with his arms slung behind his back as the iconic frontman for Oasis, the singer has stood out amid a sea of pop pretenders, stubbornly belting out anthemic rock choruses with throat-shredding emotion. Not only a fashion icon but also an irrepressible force of nature, Liam Gallagher’s wild off-stage behaviour has often grabbed as many headlines as his voice, but his timeless and era-defining songs leave little doubt as to why he’s often been lauded as the saviour of rock’n’roll. This is the story of how Liam Gallagher became one of the greatest rock stars of his era, and why he remains one of the best frontmen of all time.

Listen to the best of Liam Gallagher here.

“I was just obsessed with being in a band”: early years and growing up

Born in Manchester on 21 September 1972, William John Paul Gallagher was more interested in football than he was in music while growing up. While sharing a bedroom with his guitar-playing older brother Noel, he was often exposed to bands such as The Jam and The Smiths, but it wasn’t until he was hit on the head with a hammer by a school bully at 15 years old that Liam realised his true calling. “From that day on… it was like as if something had fucking clicked,” he said. “I started hearing music, it started making sense.”

Pivotal to Liam’s epiphany was his discovery of The Stone Roses, whose frontman, Ian Brown, was a huge hero that inspired Liam to become a singer himself. “I was just obsessed with being in a band,” Liam admitted, citing The Beatles’ John Lennon and John Lydon of Sex Pistols as influencing his own singing style. After joining rhythm guitarist Paul “Bonehead” Arthurs in a group called The Rain – later re-named Oasis, upon Liam’s suggestion – Liam and the band started performing their own songs locally, which eventually caught the ear of his brother Noel. “I went down to see them and I remember being pretty impressed,” Noel Gallagher admitted.

Knowing his brother had ambitions to be a songwriter, Liam invited Noel to join the group, and thus began their journey from dole claimants to Britrock giants, thanks to a sound that, from their 1994 debut album, Definitely Maybe, onwards, mixed Beatlesque melodies with punk-inspired edge. With songs such as Live Forever and Wonderwall, Oasis captured the British public’s imagination; though relatively unschooled as a singer, Liam had a natural charisma and raw power which was amplified by his incomparable stage presence. Swinging his arms around with the cocksure swagger of a mammoth hunter and the gob of a naughty schoolboy shouting his mouth off behind the bike sheds, Liam was a natural rock’n’roll icon who quickly became Britpop’s biggest superstar.

“I did exactly what it said on the tin: rock’n’roll star”: fame and infamy

Following the release of their second album, (What’s The Story) Morning Glory?, Oasis’ apotheosis was their appearance at Knebworth Park, held across two nights in August 1996. “This is history!” Noel Gallagher famously shouted on the night. With 2.5 million people applying for tickets, Liam sang in front of a combined audience of 250,000 fans and broke the record for the UK’s largest outdoor concert, fully establishing Oasis as the biggest British band of the decade. “I did exactly what it said on the tin,” Liam later said. “Rock’n’roll star, that’s me, boom.”

Yet Oasis’ popularity wasn’t without its share of animosity or disagreements, both outside and inside the band. That said, Liam’s rebellious off-stage antics – his public tantrums, his foul language, his spats with his brother Noel – only added to his legend as a bona fide rock’n’roller. Quickly becoming the biggest tabloid celebrity of his day, particularly after the media manufactured an Oasis versus Blur “Battle Of Britpop”, what counted most was Liam’s unflinching ability to work a crowd into a frenzy. His star power was undeniable, and Liam always had a way of making every concert feel like a life-changing event.

Oasis split up in 2009, but even then Liam Gallagher stuck to his guns and continued to abide by his rock’n’roll credo with the short-lived group Beady Eye. Undaunted by their dissolution, when Liam embarked on a solo career with his debut album, As You Were, his fans were reminded of just what made him so iconic in the first place. Grabbing listeners by the lapels, the storming rocker Wall Of Glass peaked at No.21 in the UK in the summer of 2017.

“I class myself as a rock’n’roll singer who writes the odd tune now and again”: solo career

Now striking out as an acclaimed solo artist in his own right, Liam Gallagher has won a whole new generation of young fans who have latched onto his reputation as the last of a dying breed of rock singers. In an age dominated by trap rappers and manufactured pop, Liam continues to be a breath of much-needed fresh air on the music scene, with each of his solo albums (As You Were was followed in 2019 by Why Me? Why Not., with C’mon You Know landing in 2022) going to No.1 in the UK. With live shows that see him perform a mix of classic Oasis hits and solo material, Liam is well and truly back at his best.

By working with songwriters Andrew Wyatt and Greg Kurstin, Liam Gallagher’s solo albums offer ballsy rock’n’roll in the great British tradition of raucous guitar music. As a songwriter himself, Liam still writes his own material, but he has gone on record as comparing himself to Elvis Presley in that he is more comfortable making other people’s songs his own. “I know my strengths and I know my limitations,” Liam has said. “I class myself as a rock’n’roll singer who writes the odd tune now and again.” This openness to collaboration has undoubtedly worked in his favour, generating memorable singles such as the UK Top 30 hit Shockwave.

If there was any doubt of Liam’s resurgence in popularity as a solo act, the former Oasis singer achieved the remarkable feat of making history repeat itself by selling out two nights at Knebworth Park in June 2022, describing it as “history part two”. Playing in front of a total of 160,000 people, Liam invited The Stone Roses’ guitarist, John Squire, to perform Champagne Supernova on stage with him – more than 25 years after they played the same song together at the historic Oasis shows. Far from being a nostalgia trip, the young fans at Knebworth proved that Liam’s style of life-affirming rock’n’roll is more inspirational than ever.

“He is one of the few last remaining rock stars”: Influence and legacy

With Liam’s status as a British rock legend well beyond doubt, his 2022 single Everything’s Electric featured none other than Dave Grohl on drums. One of the best drummers in history, the Nirvana sticksman and Foo Fighters frontman acknowledged his respect for Liam. “Obviously, he’s an amazing singer and he’s a fucking rock star,” Grohl told NME. “He is one of the few last remaining rock stars.” The song – yet another blast of unbridled rock’n’roll – was performed by Liam at the 2022 BRIT Awards and became his highest-charting solo hit, peaking at No.18 in the UK.

Unsurprisingly, Liam’s former Oasis bandmate Bonehead, who has occasionally joined Liam on stage during recent solo tours, wholeheartedly agrees with Dave Grohl. “He’s the last great rock and roll singer,” Bonehead asserted. “You can see from the comeback that he was needed.”

Despite all the praise, it could be argued that Liam – now older and wiser – has soaked up this new-found adulation with far more maturity than he might have done in his Britpop youth. In fact, Liam remains refreshingly down-to-earth in his willingness to pose for selfies with fans. “I’m just a rock’n’roll singer in a band,” he has said, with a touch of humility. “And that’s all I ever want to be.”

Buy Liam Gallagher merch and more at the Dig! store.