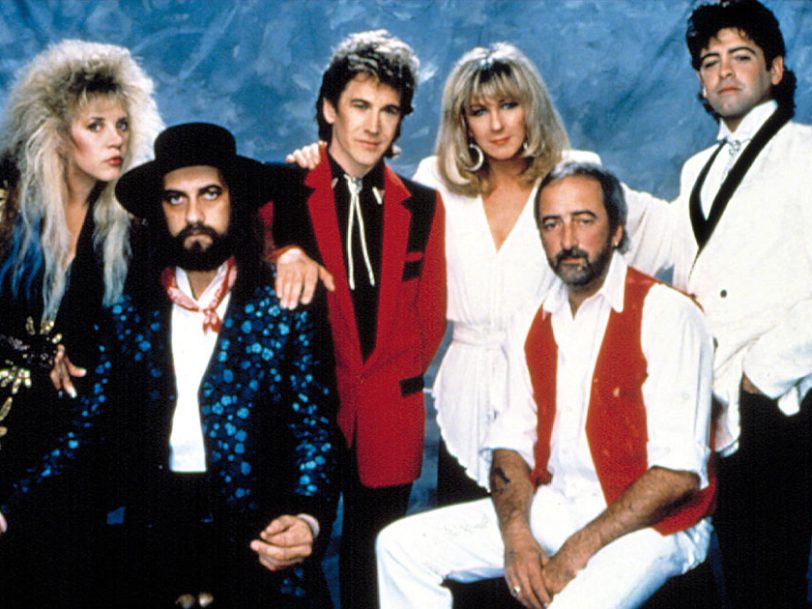 Fleetwood Mac’s ‘Time’ album might have featured a short-lived line-up, but Christine McVie’s songs shine through.

The release of 1990’s Behind The Mask album had seemed like a new dawn for Fleetwood Mac, but it wouldn’t last long. Initially, however, the signs appeared to be good. Guitarist and songwriter Lindsey Buckingham, who’d left following the release of 1987’s Tango In The Night, even joined them onstage during the final show of their tour to promote the new record. Meanwhile, Stevie Nicks and Christine McVie decided the tour would be their last with Fleetwood Mac, though both stated they’d still record with the group. However, by the time of their next album, 1995’s Time, things would have changed again.

“There were a lot of questions about a reunion”

In 1991, a dispute over a classic Fleetwood Mac track caused Nicks to leave the band. She was set to release Timeless, the first compilation of her solo material, and wanted it to include fan favourite Silver Springs, originally issued as the B-side to the 1976 Fleetwood Mac single Go Your Own Way. Drummer Mick Fleetwood objected – he was working on the Fleetwood Mac anniversary box set 25 Years: The Chain and, aware of its status among the best Fleetwood Mac songs, had planned to make Silver Springs part of that release. Fleetwood won out and Nicks left the group. In November 1991, guitarist Rick Vito followed suit, stating that he wished to focus on his solo career.

Still, any differences between the line-up that gave us the biggest Fleetwood Mac albums were brushed aside when the White House came calling. Bill Clinton had used the Rumours song Don’t Stop throughout his presidential campaign of 1992, and when the Arkansas governor swept to power, Fleetwood Mac were the natural choice to play at his inauguration party, held on 20 January 1993.

The event marked the first time that the Rumours-era group played live together in six years, with Buckingham, Nicks, Fleetwood and Christine and John McVie giving a performance of optimism tinged with poignancy – albeit for just that one song. “I didn’t feel overly connected to any of it, really,” Buckingham told Westword in 1993. “It was short and sweet. There were a lot of questions about whether this suggested a long-term reunion, and those were quickly put to rest by me. And that was it.”

Regrouping and emerging as a new band

The performance stirred up a huge amount of interest in the band, but it would take four more years – until the live reunion album The Dance and its accompanying tour – for Fleetwood Mac’s classic line-up to put their differences behind them. In the meantime, in the wake of Nicks’ and Vito’s departures, Fleetwood Mac did what they’d been doing since their first ever gig – they regrouped and emerged as a new band. Former Traffic guitarist Dave Mason and country-blues singer Bekka Bramlett were recruited, and the group, minus Christine McVie, embarked on a tour opening for Crosby, Stills & Nash in 1994.

Later that year, sessions for Fleetwood Mac’s 16th album, Time, began, and the finished album emerged the following autumn. Opening track Talkin’ To My Heart introduced listeners to the new-look Fleetwood Mac, with a duet between guitarist Billy Burnette and Bekka Bramlett that wouldn’t have been out of place on country-rock radio stations. Dave Mason also made his presence felt early on with the brassy rocker Blow By Blow, the English singer delivering a full-throated vocal.

Despite the efforts of the newcomers, the established band members delivered the most enduring and interesting material. Christine McVie’s songs saw her step up when needed: I Do is an effortless and evocative soft-rock gem; Sooner Or Later’s widescreen, stormy melancholy perfectly suited the new line-up; and the shimmering synths and melancholic tug of Nights In Estoril suggested the group could yet deliver a belated follow-up to Tango In The Night.

Time’s closing track, the atmospheric These Strange Times, makes for an intriguing anomaly in the Fleetwood Mac discography, offering Mick Fleetwood’s only lead vocal on any of the band’s albums. Speaking to Mojo in 1995, the drummer described it as “almost new age meets Burundi. It’s a spoken-word piece of mine, using a lot of drums I got in Ghana. I mean, I haven’t opened my gob in nearly 30 years, but I had this little philosophical, anecdotal thing I just had to get off my chest.

“It means a lot to me,” Fleetwood continued. “The subject matter is inspired by [founding guitarist] Peter Green, but it’s also about me. I nearly destroyed myself with drugs and alcohol and crazy behaviour, and this is a positive thought mode that you can get out of the dark, into the light. I was a functioning addict for a long time. It wasn’t as bad as it sounds, because as long as I had my stuff, I functioned perfectly normally and looked just like anybody else, but I was dependent on drugs to maintain that state. So this song is about getting out of that mire.”

Released on 10 October 1995, during an era of Britpop, grunge and Golden Age hip-hop, Fleetwood Mac’s Time album performed best in the UK, where it charted within the Top 50. Shortly after its release, however, Christine McVie quit the group, and Fleetwood Mac soon disbanded. Within weeks, Lindsay Buckingham and Mick Fleetwood were working together again, sowing the seeds for Fleetwood Mac’s blockbuster 1997 reunion. Time had been called on this era of the group, but that never stopped them finding a way back.