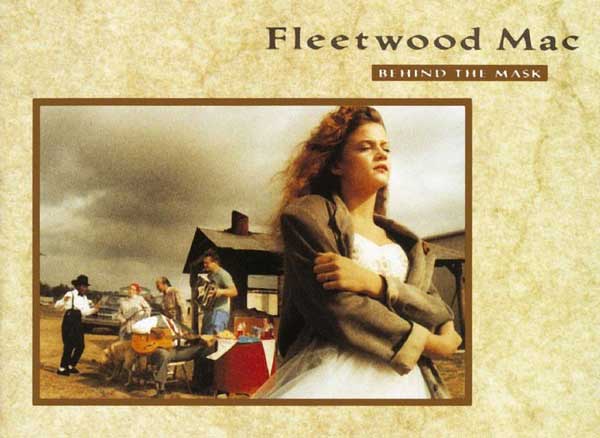 ‘Behind The Mask’: How Fleetwood Mac Faced A New Future

Fleetwood Mac kicked off the 90s with their 15th studio album, ‘Behind The Mask’, ushering in a new, collaborative era for the veteran group.

Though guitarist, songwriter and producer Lindsey Buckingham’s 1987 departure from Fleetwood Mac– following the release of the phenomenally successful Tango In The Night album – was a huge blow for the band, they decided that the show must go on. After all, this was hardly uncharted territory for the group’s founder members, drummer Mick Fleetwood and bassist John McVie, who had been though line-up upheavals many times before – not least with the loss of their visionary co-founder Peter Green in 1970. Not only that, but the band risked taking a financial hit if they cancelled the planned tour, as Stevie Nicks told Classic Rock in 2013: “We couldn’t call in and say, ‘Oh, we can’t do the tour.’ We had to do it, or Fleetwood Mac would have been sued forever.”

Listen to Behind The Mask here.

Such was Buckingham’s integral role in the group, he was actually replaced by two guitarists. Initially, the band approached Billy Burnette, a rockabilly guitarist who’d once been in Roger Miller’s touring band, had released a string of well-regarded solo albums and had collaborated with Mick Fleetwood and Christine McVie on their early 80s solo material. In an echo of Buckingham insisting that his then girlfriend, Stevie Nicks, be accepted into the group alongside him in January 1975, Burnette declined the invitation to join unless his friend Rick Vito was taken on as lead guitarist. Vito’s bluesy licks had seen him in demand as a session player, guesting on albums by Todd Rundgren, John Prine and Bonnie Raitt, among others, and he’d also made a name for himself as Bob Seger’s guitarist. Burnette and Vito joined Fleetwood Mac in September 1987, in time for the Shake The Cage tour of North America and Europe.

Following the successful tour, the new line-up entered the studio for the first time to record two new songs – Christine McVie’s As Long As You Follow and Stevie Nicks’ No Questions Asked – for 1988’s mega-selling Greatest Hits compilation. Having sustained the momentum of Tango In The Night while the new recruits settled in, sessions for what would become Behind The Mask began at the end of 1989, with Greg Ladanyi on production duties.

Ladanyi had previously worked with Warren Zevon, Don Henley and Jackson Browne, and brought with him a markedly different, more straightforward rock approach that contrasted with Buckingham’s layered and meticulously arranged, synth-heavy work on Tango In The Night. Meanwhile, the band themselves became more of a working collective, spreading writing credits more evenly than at any point during the Buckingham-Nicks line-up, with Christine McVie stepping up to the role of de facto musical leader. Released on 9 April 1990, Behind The Mask hit No.1 in the UK and went Top 20 in the US, with lead single Save Me proving the group’s last Top 40 hit in the US.

Christine McVie’s Skies The Limit (co-written by Eddy Quintela) gets the album off to a great start – an inviting, easy-going midtempo rocker seemingly designed to soundtrack long drives on open roads. Elsewhere, McVie was also responsible for two of Behind The Mask’s highlights, the soaring Save Me (another Quintela co-write) and the enchanting title track, which featured Lindsey Buckingham on acoustic guitar.

Stevie Nicks’ contributions mark a step up from Tango In The Night, in particular the charming Byrds-ish jangle-pop of Affairs Of The Heart and the driving Freedom (co-written by Mike Campbell of Tom Petty And The Heartbreakers), the latter giving newcomers Burnette and Vito the chance to show off their country licks. Elsewhere, Burnette brought a more mainstream AOR sensibility to the group with Do You Know (co-written with Christine McVie) and lent some Nashville sheen to When The Sun Goes Down, a collaboration with Vito, who also shared lead vocals on the song.

Behind The Mask may not have had the fireworks of the Lindsey Buckingham years, but it was one of the most cohesive group efforts of Fleetwood Mac’s long and illustrious career. For a band that had seen no shortage of changes, it kicked off a new era in style.